Published in 1996, DC Comics' Batman: Black and White remains one of the most celebrated anthologies in the history of mainstream comics. Originally a four issue miniseries that was collected into one volume, its popularity spawned similarly styled back up stories in the pages of Batman: Gotham Knights, which led to two more collections.

Today, the publisher has announced a return to the format, with a new Batman: Black and White miniseries starting in the fall. The first issue will feature stories from creators Chip Kidd, Neal Adams, Sean Murphy, Chris Samnee, Michael Cho, Joe Quinones and more.With volumes two and three being collections of stories that ran in the back of another Batman title, this represents the first new Batman: Black And White miniseries since the original, nearly 20 years ago. The brainchild of then Batman Group editor and current Vice President of Art Direction & Design Mark Chiarello, the original series featured multiple Eisner Award nominated stories. The uncommonly deep and talented lineup of contributors to that original volume included Bruce Timm, Joe Kubert, Neil Gaiman, Walter Simonson, Richard Corben, Kent Williams, Brian Bolland, Archie Goodwin, Katsuhiro Otomo, and several other industry legends. Aside from producing several memorable stories -- some of which arguably rank among the best in Batman's history -- Batman: Black and White introduced many readers to creators whose work they previously may not have been familiar with. Reading the series in the late 90's, I was compelled to seek out more work from José Antonio Muñoz, who now ranks among my favorite artists.

Issue one of the six issue series arrives in stores this September. 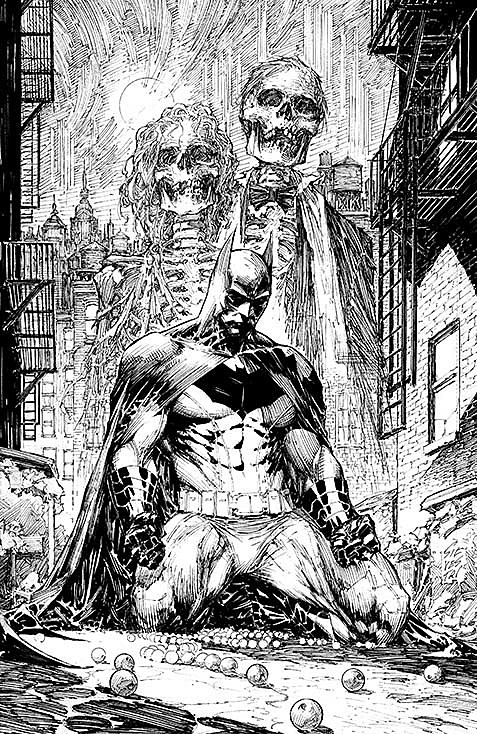