The album poster for Sex Bob-Omb, the fictional band of Scott Pilgrim, is now on sale at artist Kevin Tong's site for $20. The print originally went on sale as an exclusive at Comic-Con last weekend, along with three other imaginary Scott Pilgrim band posters by Aesthetic Apparatus, Daniel Danger, and Hellen Jo, but if you didn't make it to San Diego -- or couldn't afford the $120 price tag for the set, now's your chance to grab one.

This was my personal favorite of the bunch, echoing the first date between Scott and Ramona on the playground that ended in snowdrifts and a trip through the star door to the subspace highway. It's hella pretty, so buy it now before it sells out. 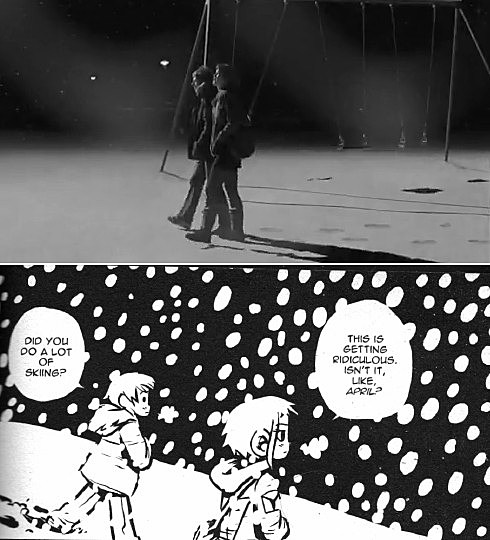