Last week, DC Comics pointed out what I'd call a curious detail in a sneak peek at Justice League #22. Though he only appeared in one panel of the preview pages, the publisher's blog post about the issue gave first priority to the appearance of an all-new Doctor Light.

For fans unfamiliar with 2004's Identity Crisis miniseries by writer Brad Meltzer and artist Rags Morales, the focus on Doctor Light might seem especially weird. For readers who know the series, it would seem to be DC making a conscientious effort to back away from the developments of that series, which has been a lightning rod for nearly a decade.Here's what the DC blog post has to say about the new Doctor Light:

In The New 52, Doctor Light is not the same character you may recall from his previous incarnations. This time around, he's a virtuous family man whose (sic) both a good husband and father.

I can understand why DC would want to tiptoe around it, but this is such a surprise because the pre-New 52 version of Doctor Light was a rapist. A serial rapist, in fact. Identity Crisis revealed that Light, previously an also-ran supervillain and often-unlucky member of the Suicide Squad, raped Sue Dibny, among others.

Just about a year ago, Chris Sims, Andy Khouri and I recored a couple special episodes of War Rocket Ajax in which we talked about DC Comics Co-Publisher Dan DiDio's 10 favorite comics of his first 10 years at DC. Chris called Identity Crisis "the comic that ruined comics." I wouldn't go that far, because I think comics haven't been ruined. I do think Identity Crisis has had some unduly negative influence on comics over the past nine years, though.

Identity Crisis is unabashedly an object of its time. In 2004, the idea of good people having to make tough choices to deal with what seemed to be unimaginable evil was something the Western world, particularly Americans, were struggling with a lot. Torture was something the "good guys" were suddently in the business of conducting, and the pictures from Abu Ghraib prison in Iraq shoved it in our faces. It's no coincidence that Identity Crisis is a story that's ultimately about superheroes disagreeing about the ethics of a method of dealing with people who commit terrible crimes -- Zatanna erasing people's memories and changing their personalities. Some of those crimes were Doctor Light's rapes.

But just because something is relevant doesn't necessarily mean it's good or instructive or edifying. If anything, Identity Crisis was a destructive comic, the influence from which radiated throughout comics and resulted in a period of superheroes simply doing unethical or downright awful things as a means to the end.

Virtually every hero comes out of Identity Crisis looking like a jerk, a victim or a pariah. Those aren't really the aspirational characters I want to read about. Yet, it set a tone. 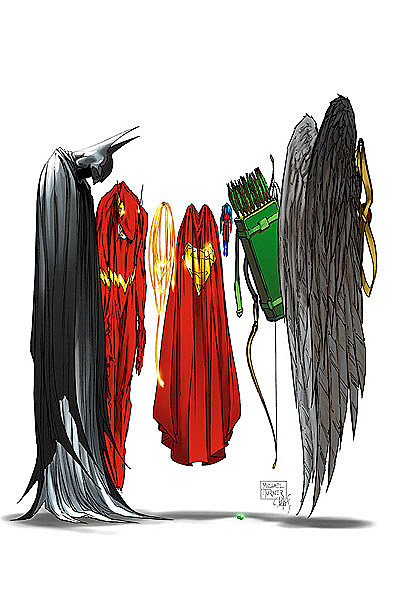 I think it's pretty fair to say Identity Crisis directly led into Marvel's 2006/2007 miniseries Civil War, which made Iron Man a tyrant and had Reed Richards build a robotic version of Thor that murdered Goliath. These are the seeds Identity Crisis sowed.

I'm all for moral ambiguity in stories, but superhero comics hit this level of critical mass in the last decade where the good guys were being so terrible to one another that the bad guys had to go to the most extreme of extremes -- serial rape is a pretty good example -- to warrant any attention. It was wearying. It still can be.

Listen, superheroes have fought each other under various circumstances for decades, but something about the tone of how these characters treated each other -- the bickering, the emotional scarring, the disregard for each other's rights as human beings -- just made a lot of the comics of the 2000s a slog to get through.

More than Marvel, DC seems to have had a tougher time spinning itself away from that tendency. The first few arcs of the New 52 Justice League was nothing but an excuse for DC's heroes to be dickish to one another. The Joker had to cut his own face off to get any attention around here. Even now, the big, brewing story in Justice League and Justice League of America is that one set of superheroes has been recruited to take down another set of superheroes if the need arises.

So I'm not sure what to make of this announcement, which seems to be DC's coded way of saying, "Hey, we're over Identity Crisis." They can say that, and they can change Doctor Light as drastically as possible (I think they may have actually gone too far in the other direction). And I'll commend the effort.

But I'll need to see more to prove to me the corrosive influence is really gone. Heroes acting like heroes would be a good start.