On sale this summer from Valiant Entertainment is Quantum and Woody #1, the first issue of the revival of the beloved series. Created by Christopher Priest and Mark Bright, the comic reunited childhood friends Eric and Woody who, while investigating the murders of their fathers, are caught in a high tech accident. Their bodies now made of pure energy, the two must slam together the metal gauntlets they each wear every 24 hours in order to keep their atoms from breaking apart. The series served as a spoof of the black guy/white guy buddy cop genre of the 80s and 90s and a send-up of super hero comics in general, and remains a favorite for many.

This new version, announced in March and featuring the team of writer James Asmus and artists Tom Fowler and Jordie Bellaire, is set to launch in in July. The news instantly had many fans of the original run, and followers of the publisher's successful relaunches of series like Harbinger and Archer and Armstrong, more than a little curious about the direction this new era of Quantum and Woody stories would take. With that in mind, Valiant has provided ComicsAlliance with a preview of the first 12 pages of Quantum and Woody #1, which you can check out after the cut.

QUANTUM AND WOODY #1
Written by JAMES ASMUS
Art by TOM FOWLER
Cover by RYAN SOOK
Pullbox Exclusive Variant by MARCOS MARTIN
Variant Cover by ANDREW ROBINSON
QR Voice Variant by TOM FOWLER
Writer James Asmus (Thief of Thieves, Gambit, The End Times of Bram & Ben) and artist Tom Fowler (Venom, Hulk: Season One) punt the world's worst superhero team headfirst into the Valiant Universe!
Once upon a time, Eric and Woody Henderson were inseparable. Adopted brothers. Best friends. Brilliant minds. Years later, they are estranged siblings, petty rivals, and washed-up failures. But when their father's murder leads them into the throes of a life-altering scientific accident, Eric and Woody will find themselves with a whole new purpose – and a perfectly legitimate reason to wear costumes and fight crime. Go big or go home, folks! Quantum and Woody are coming! And the action-packed, zeitgeist-shredding exploitation stunt comic you demanded is here at last.
(And, yes, there will be a goat too. Eventually.) 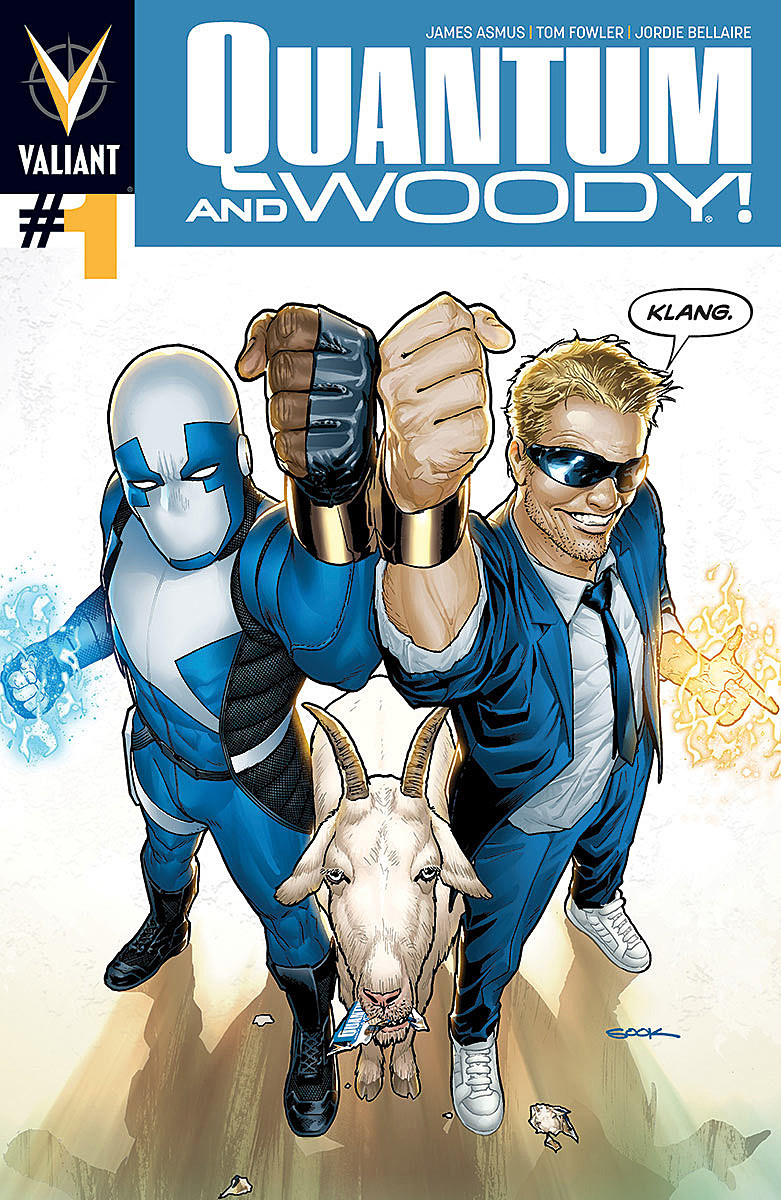 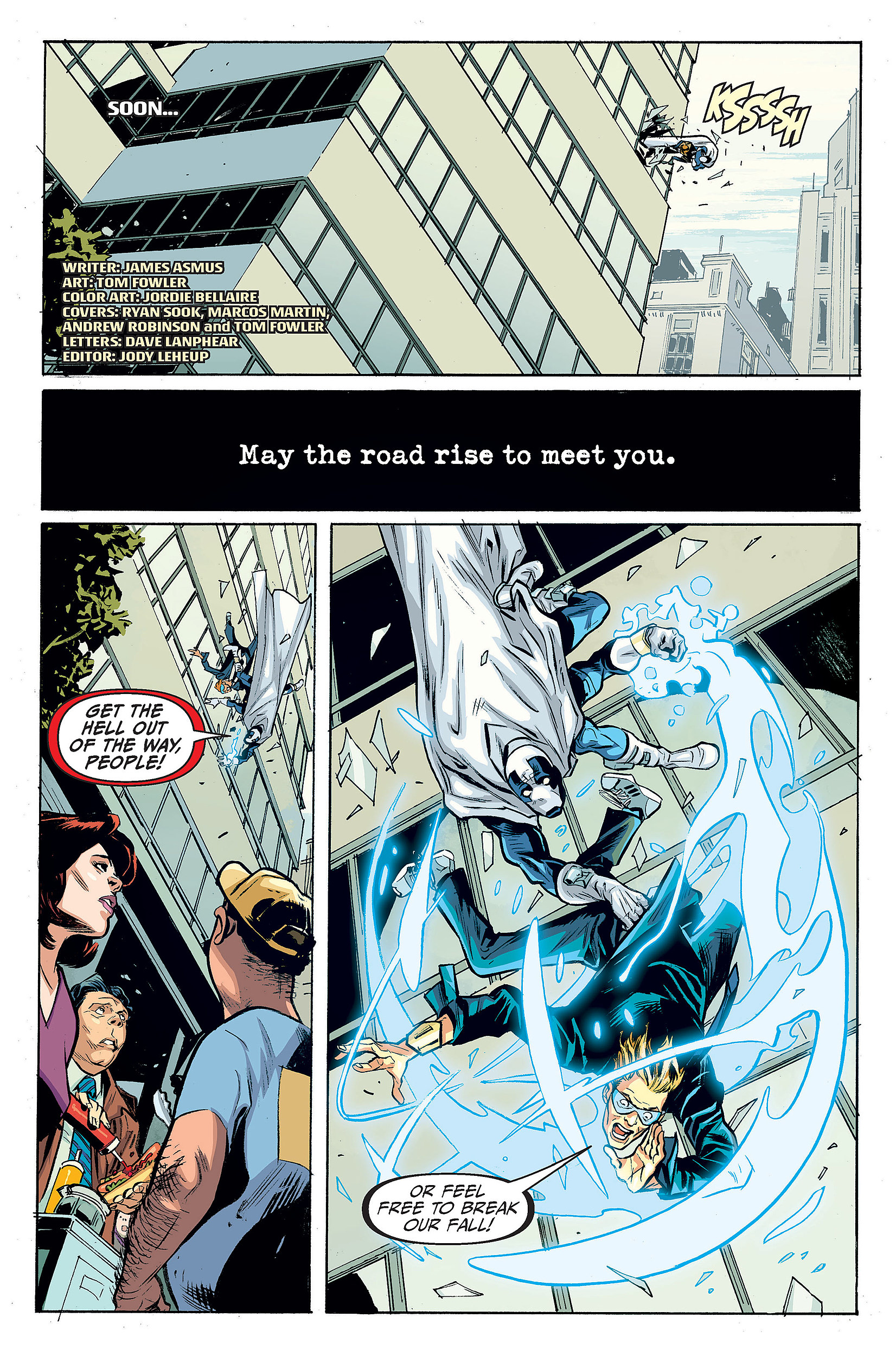 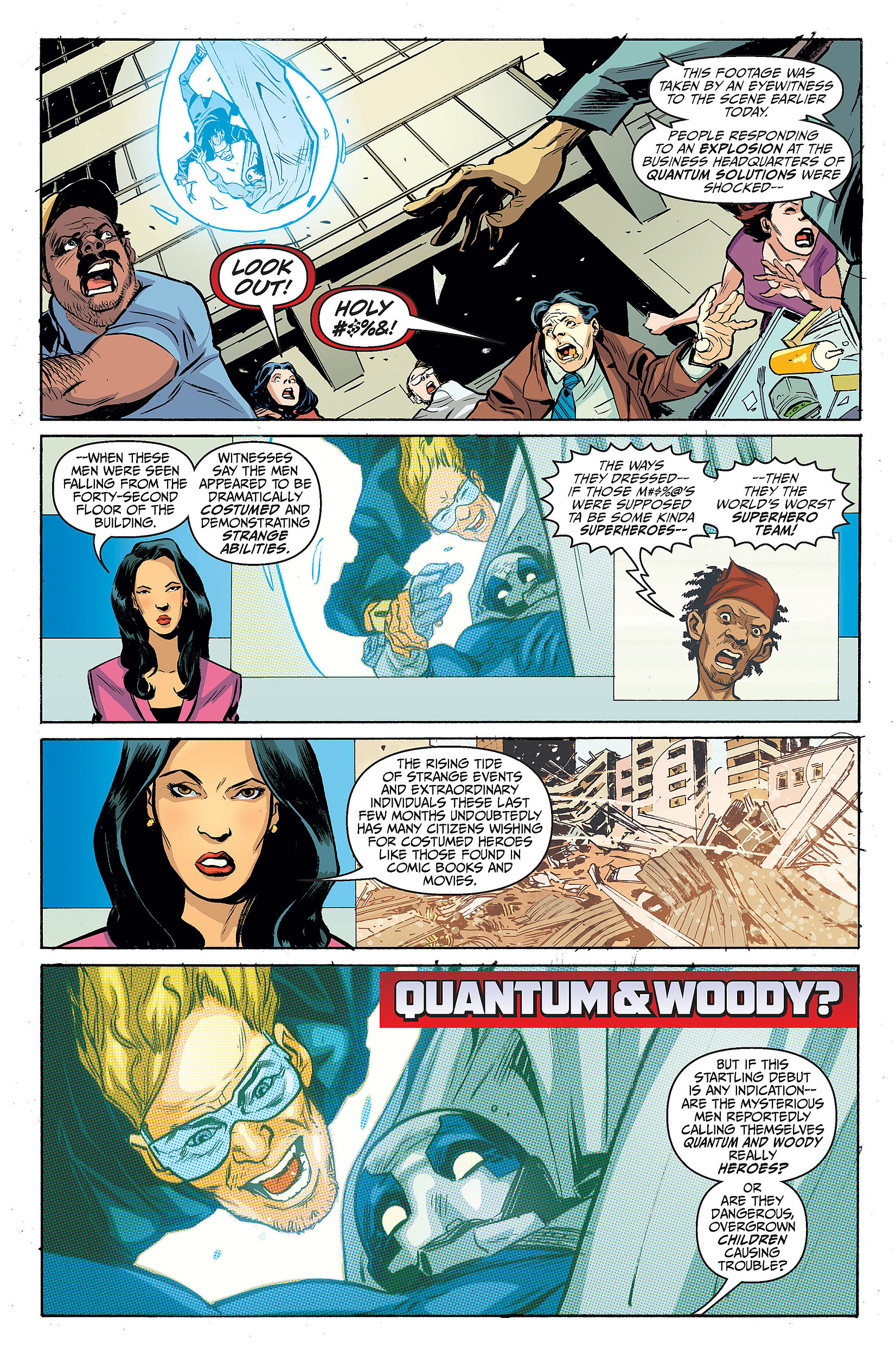 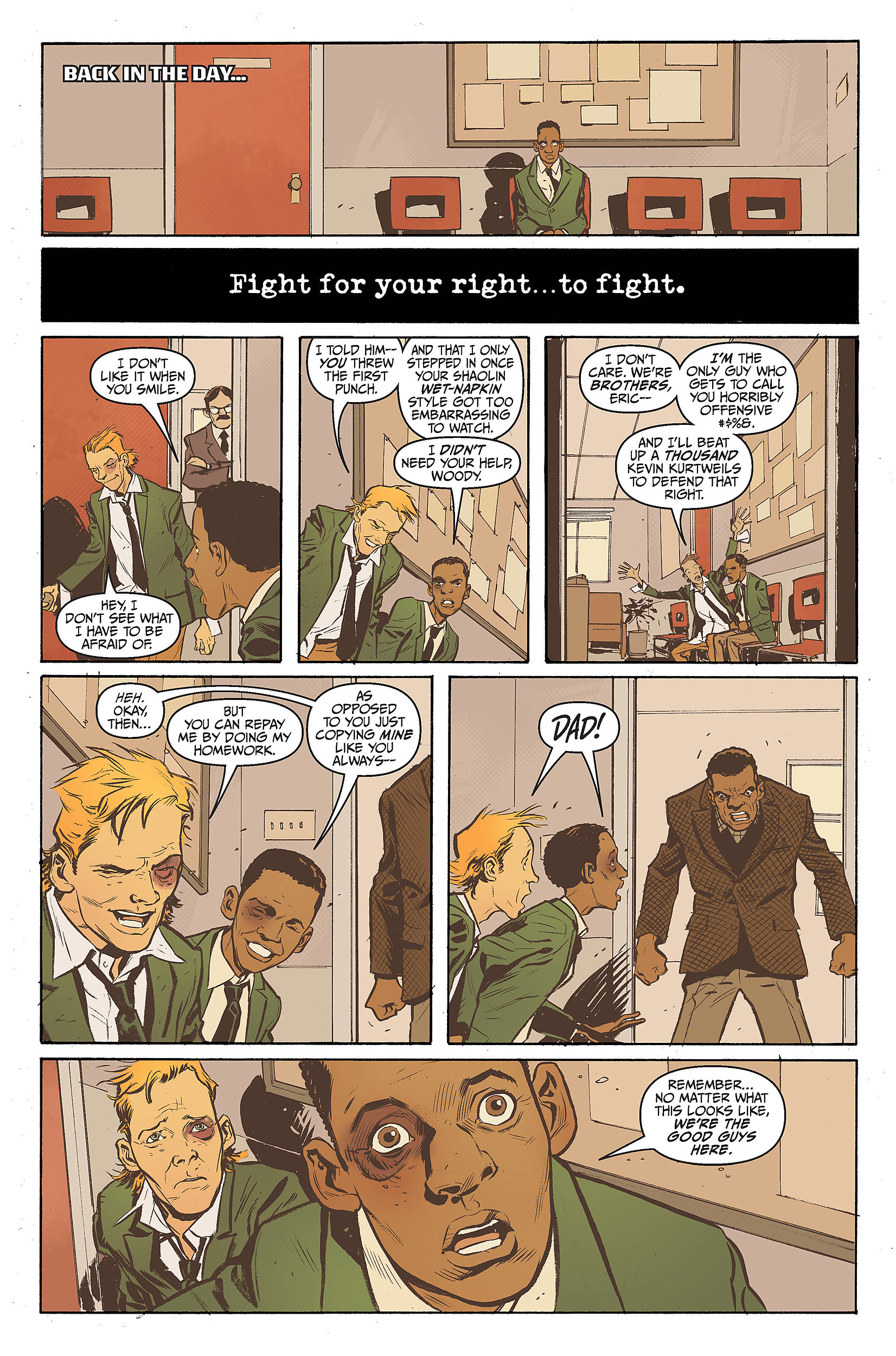 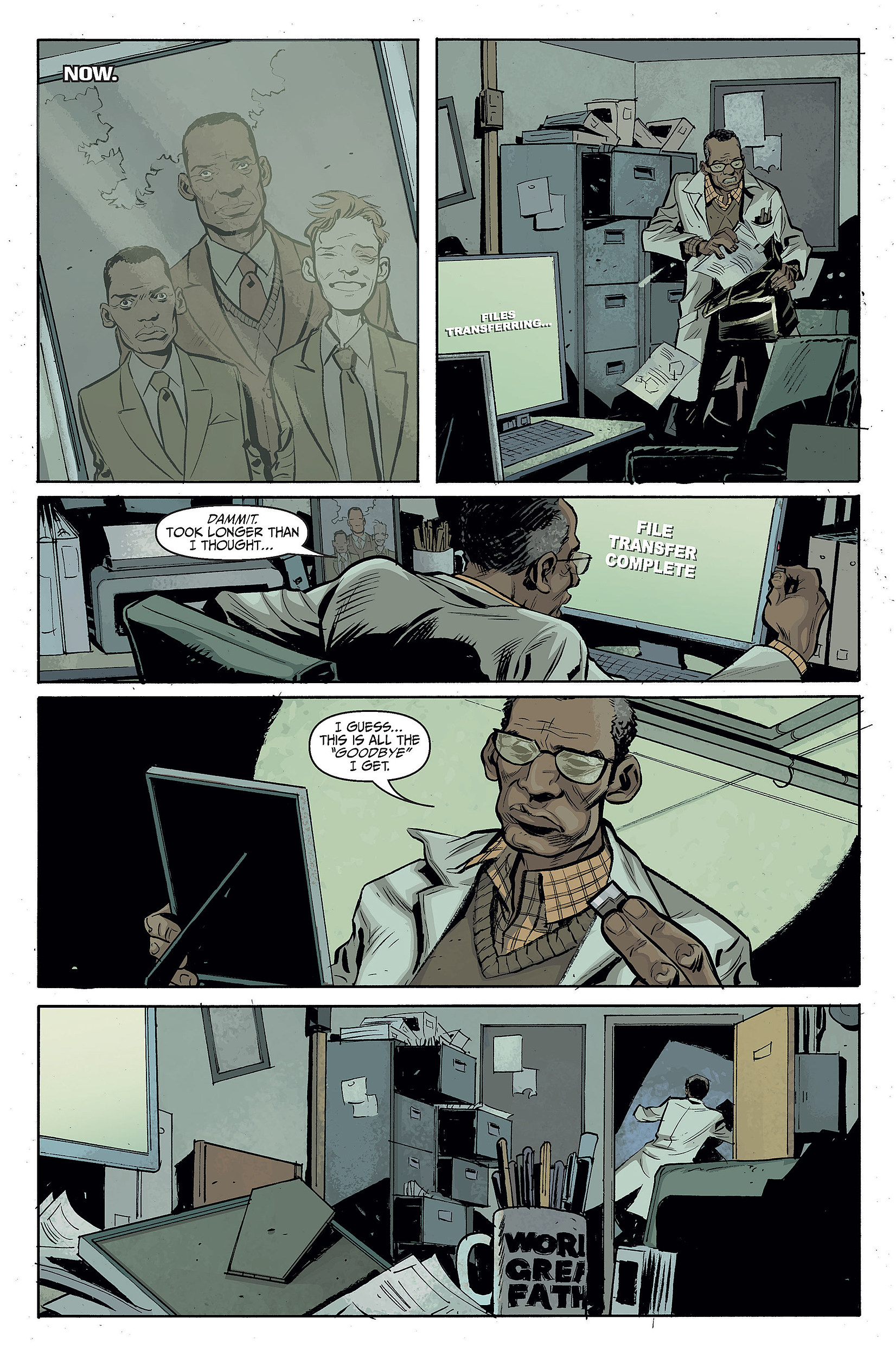 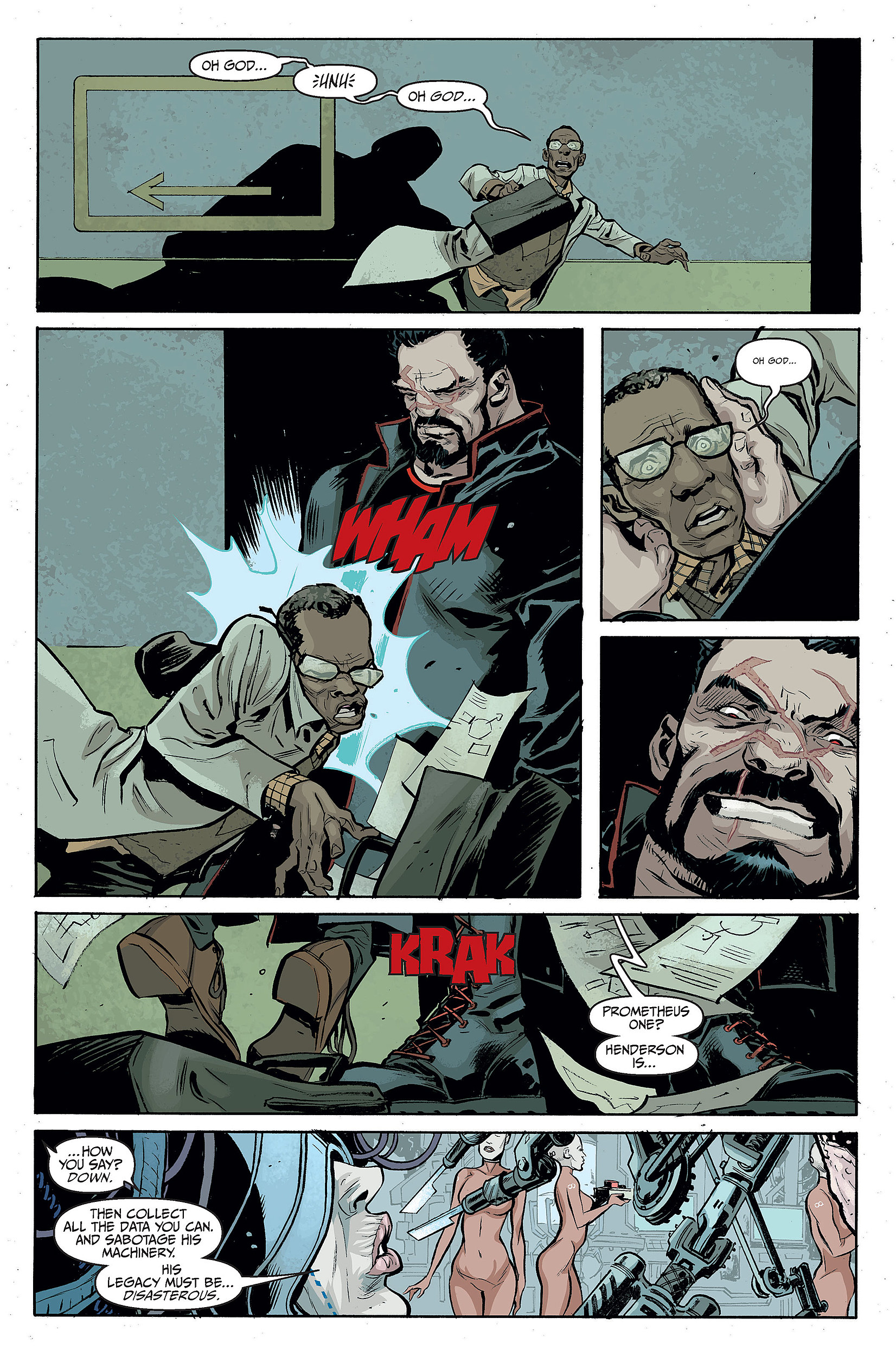 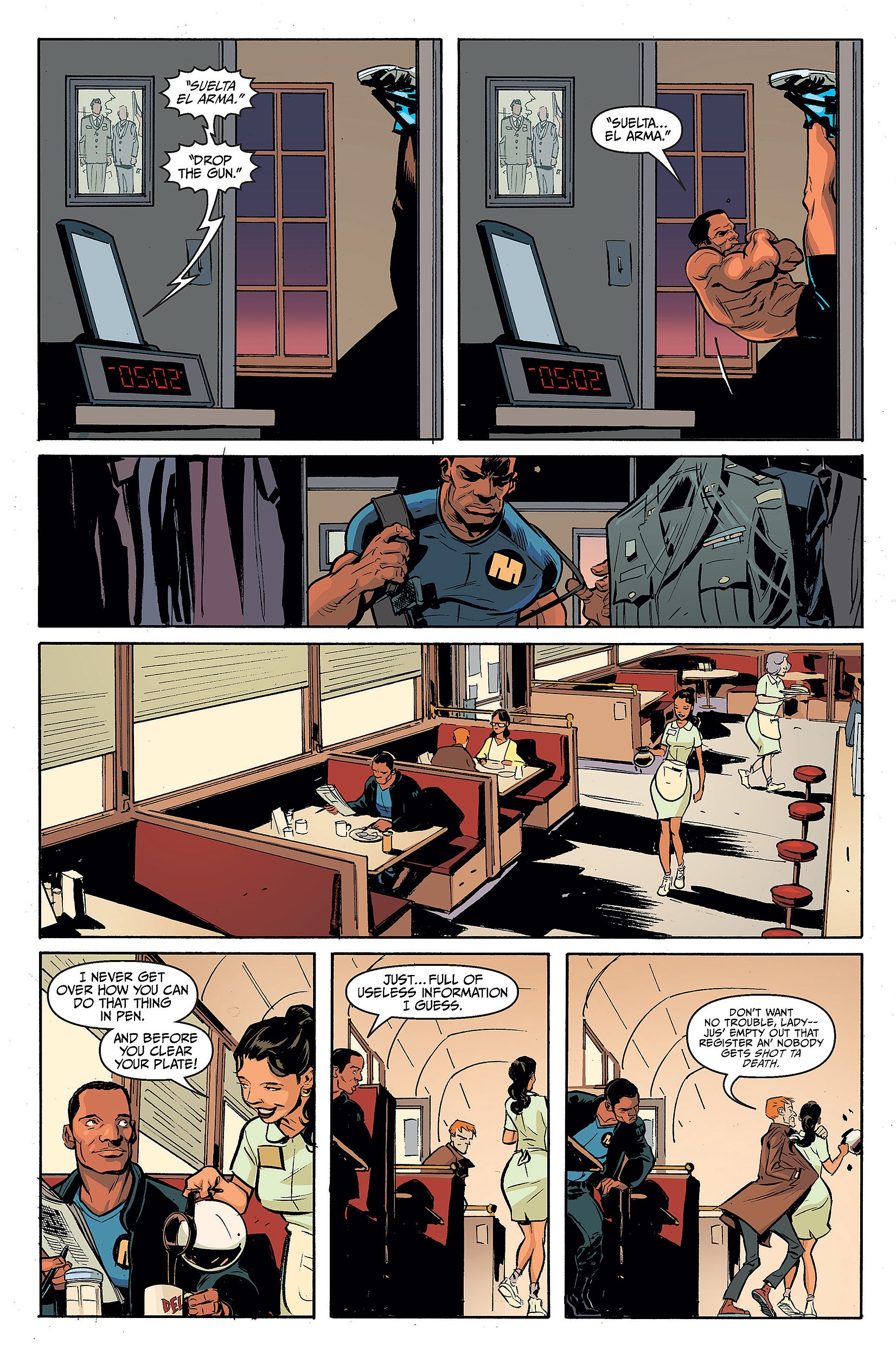 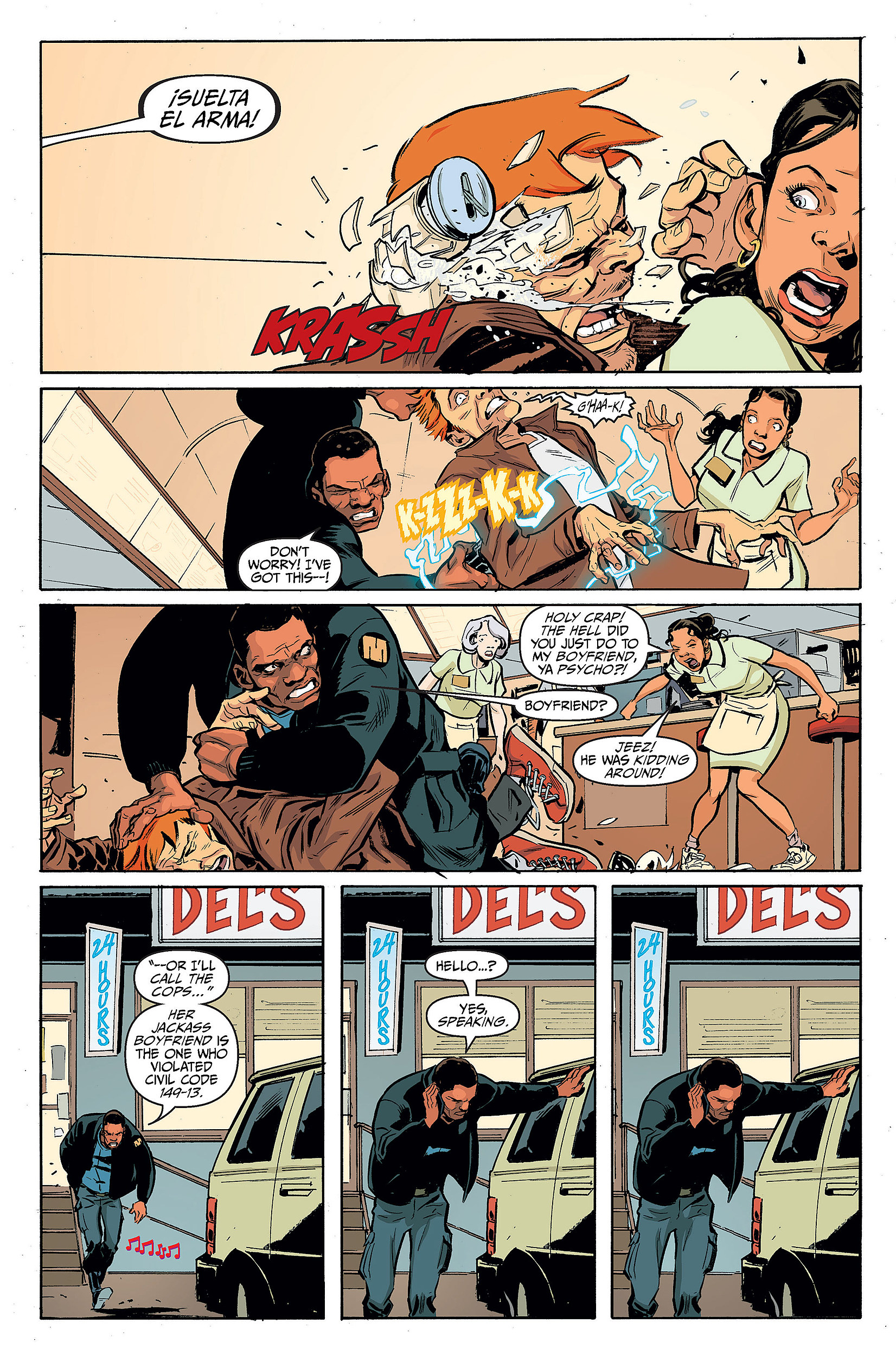 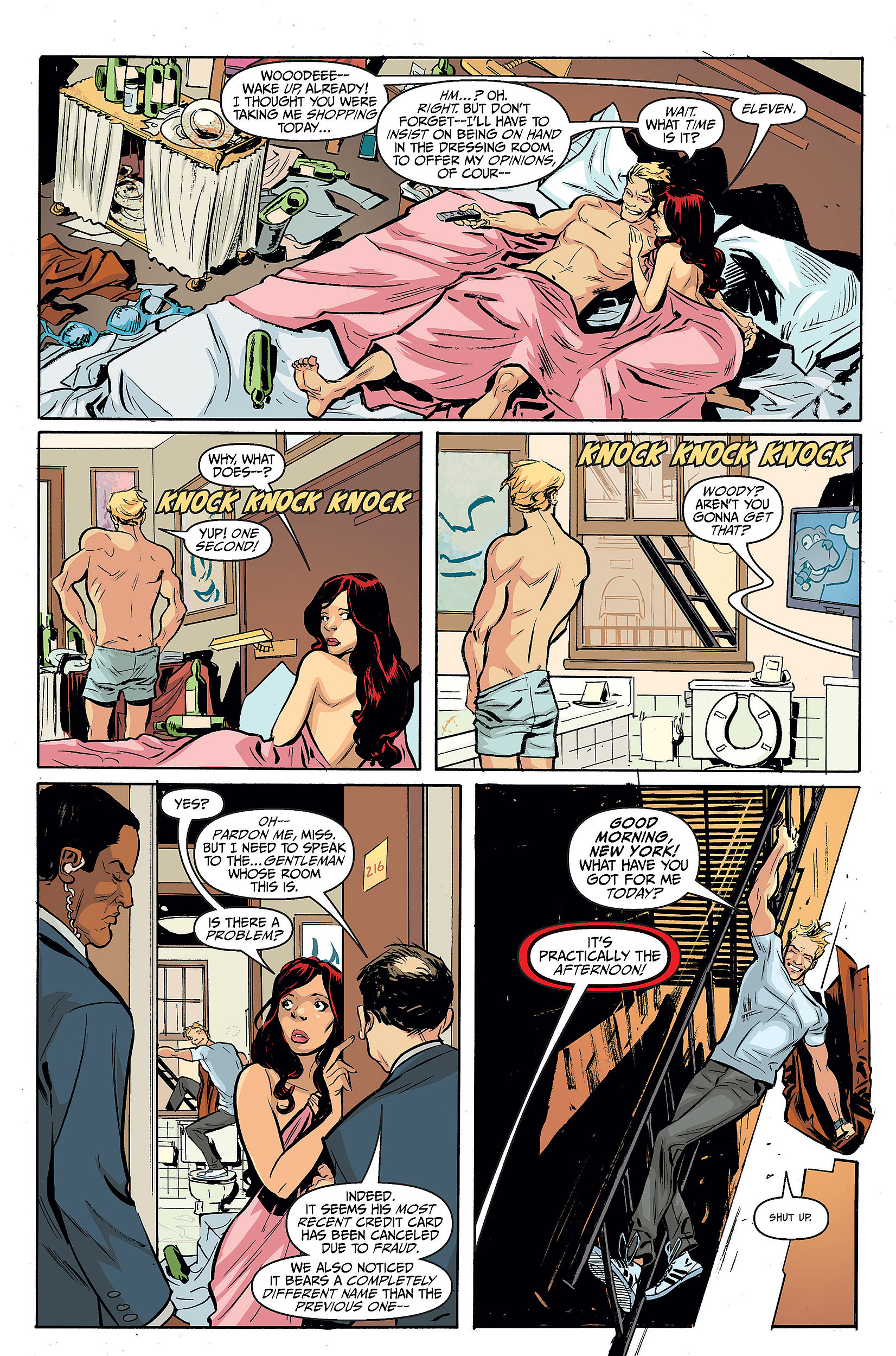 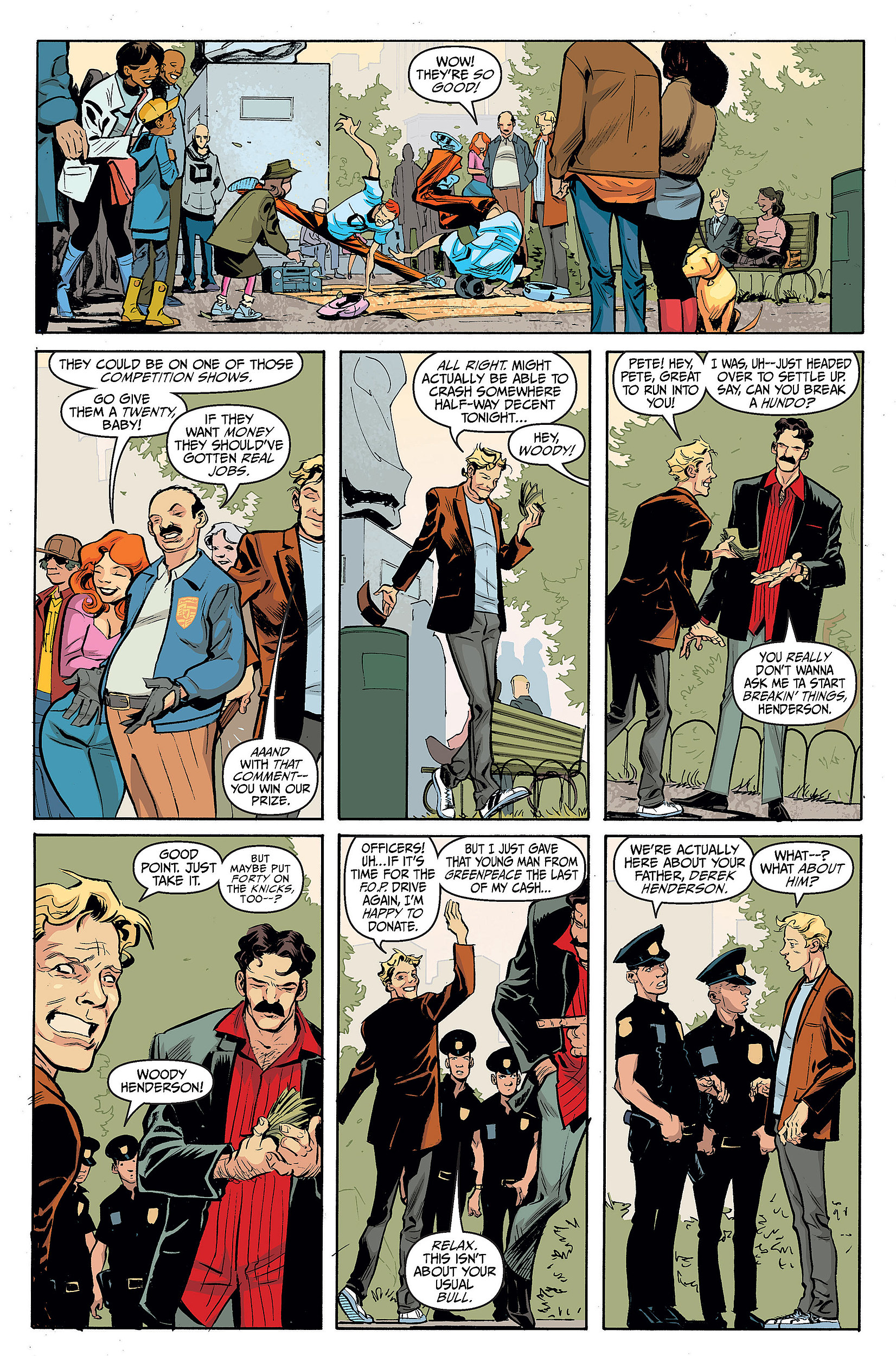 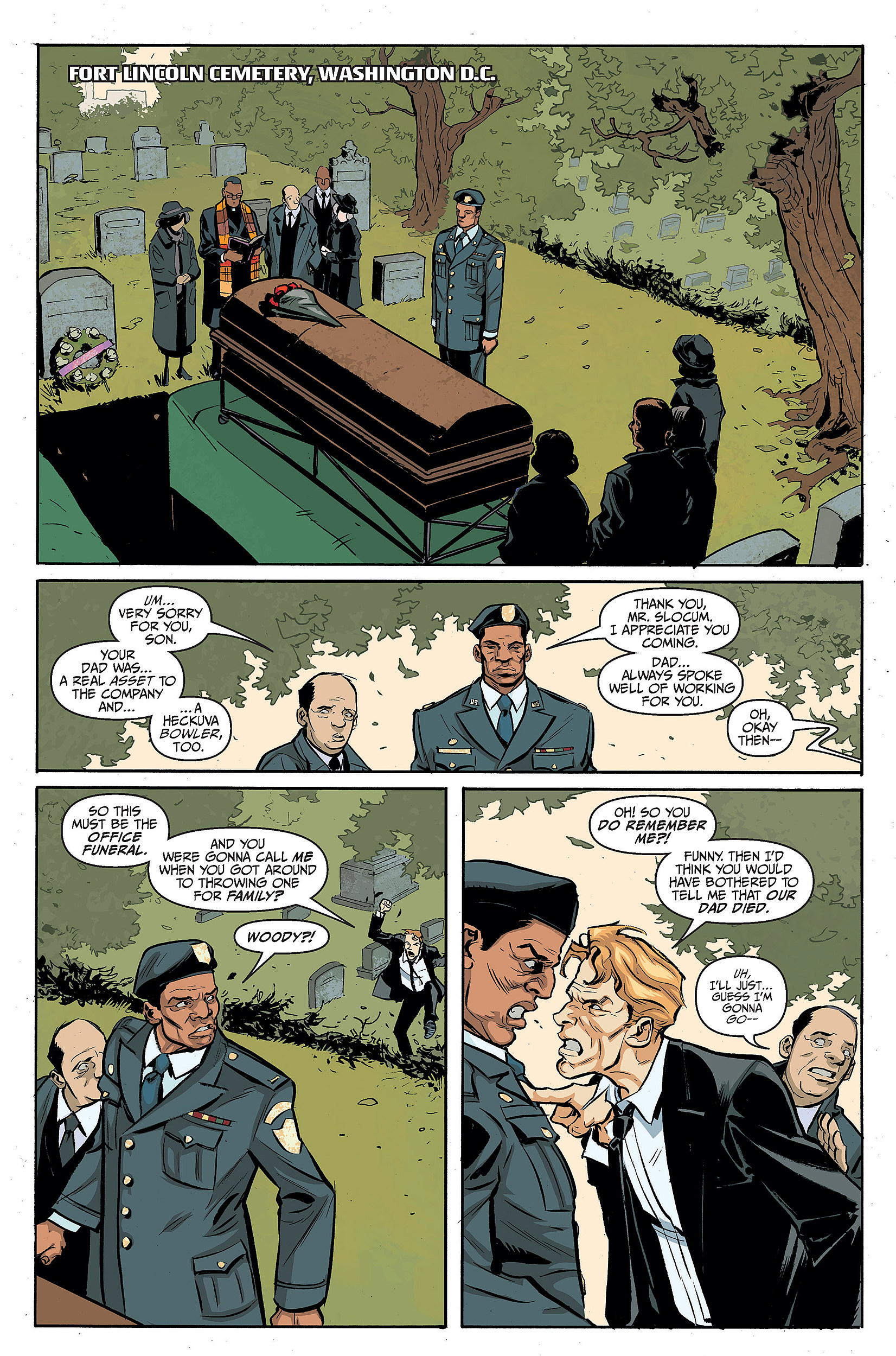 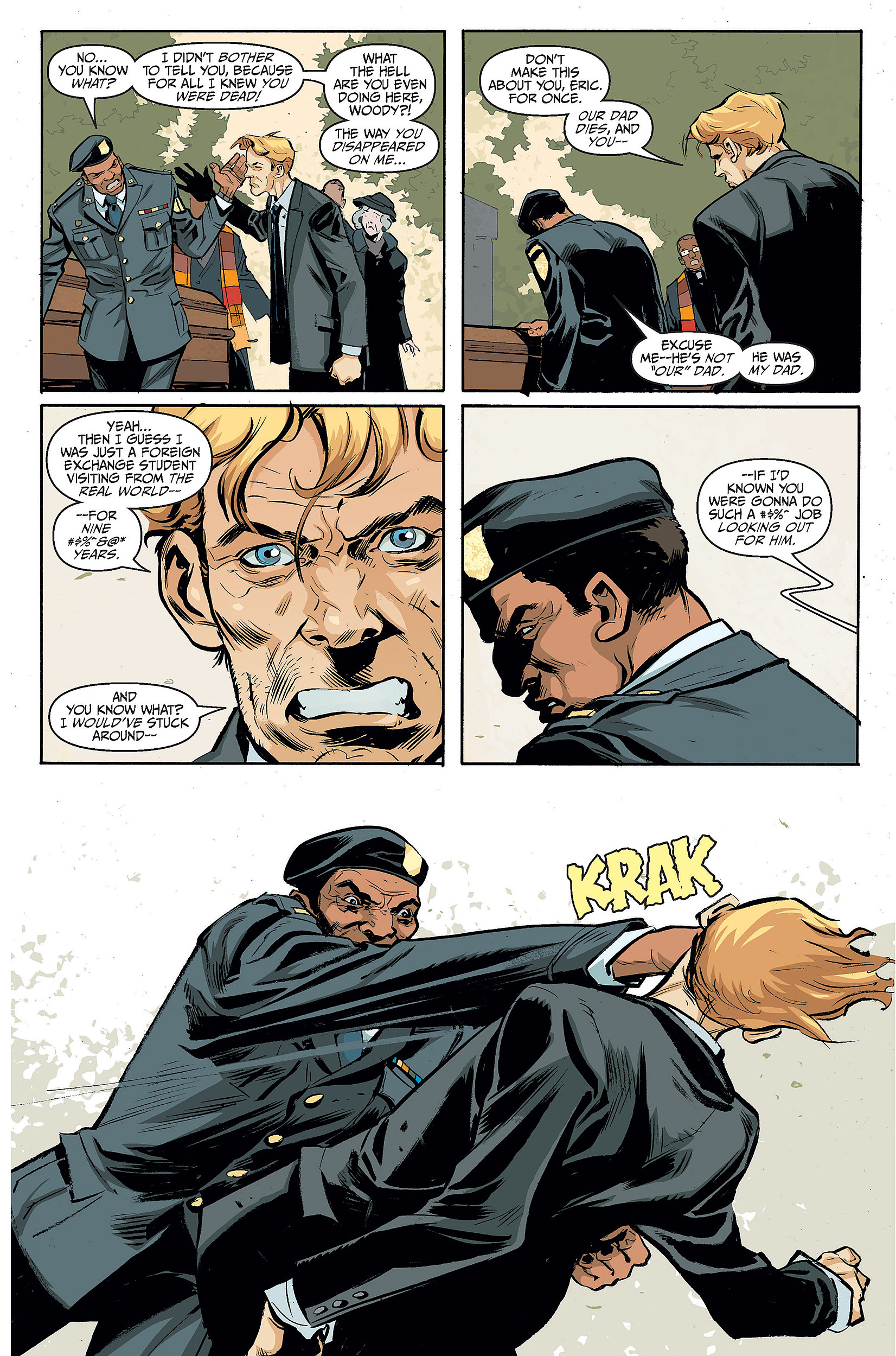 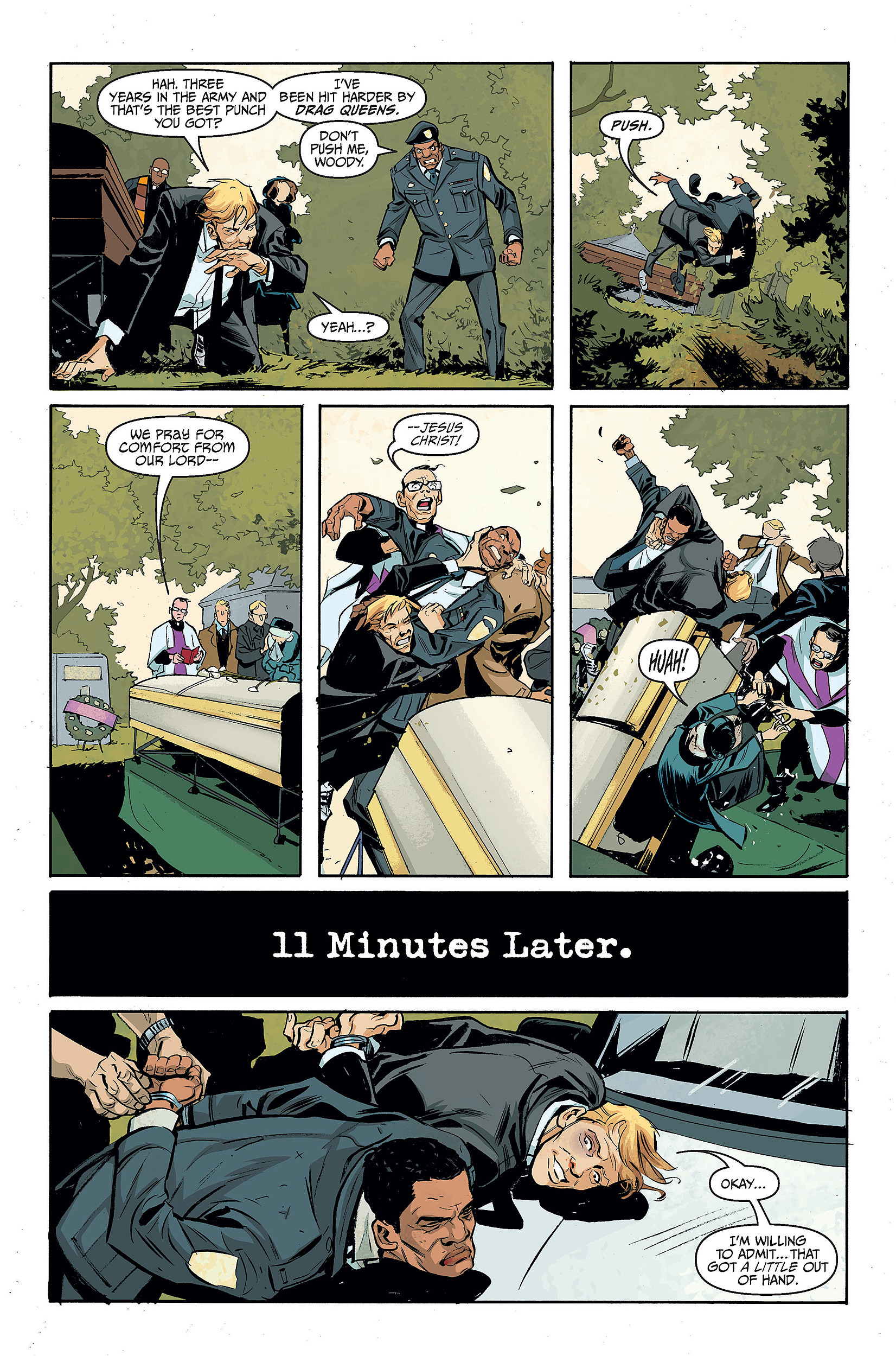 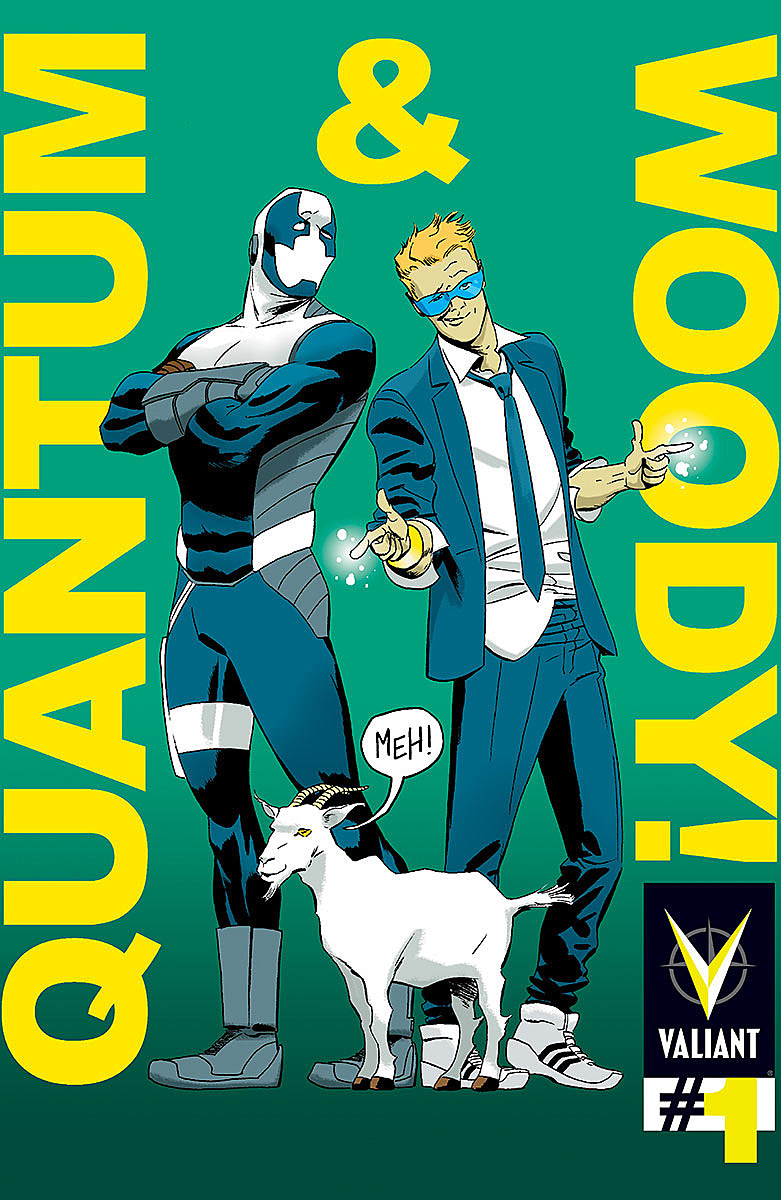 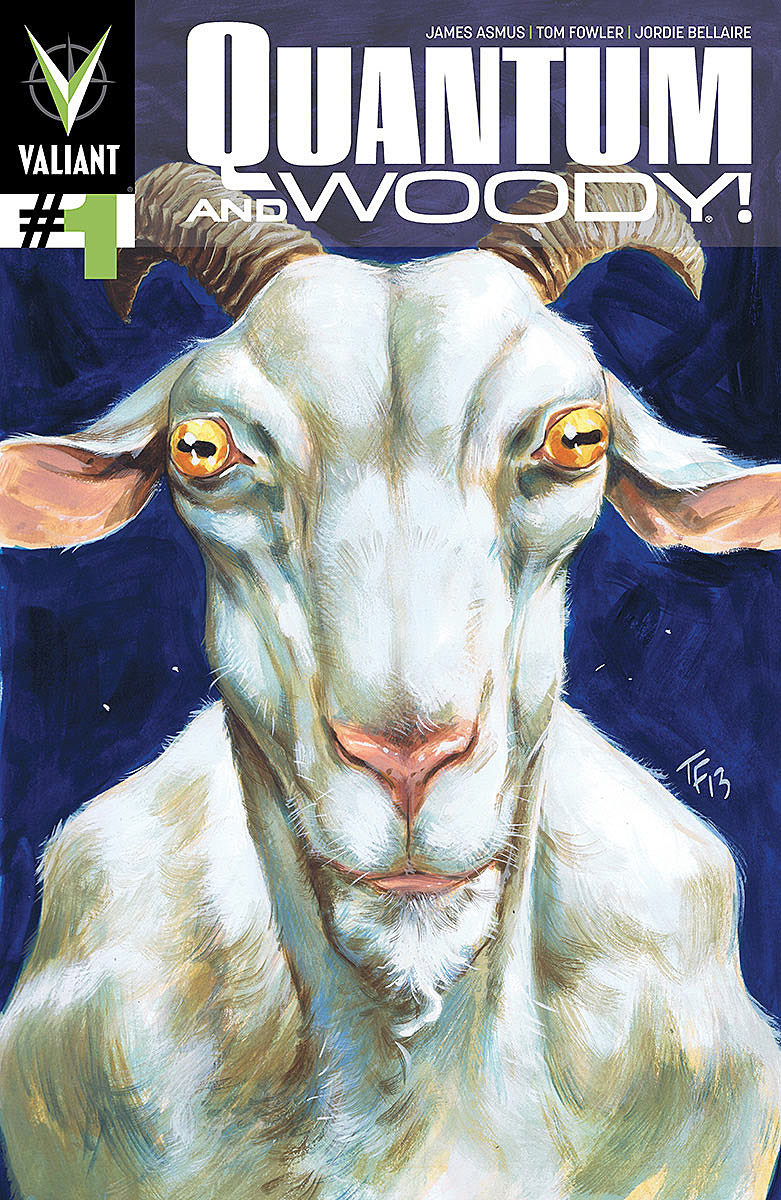 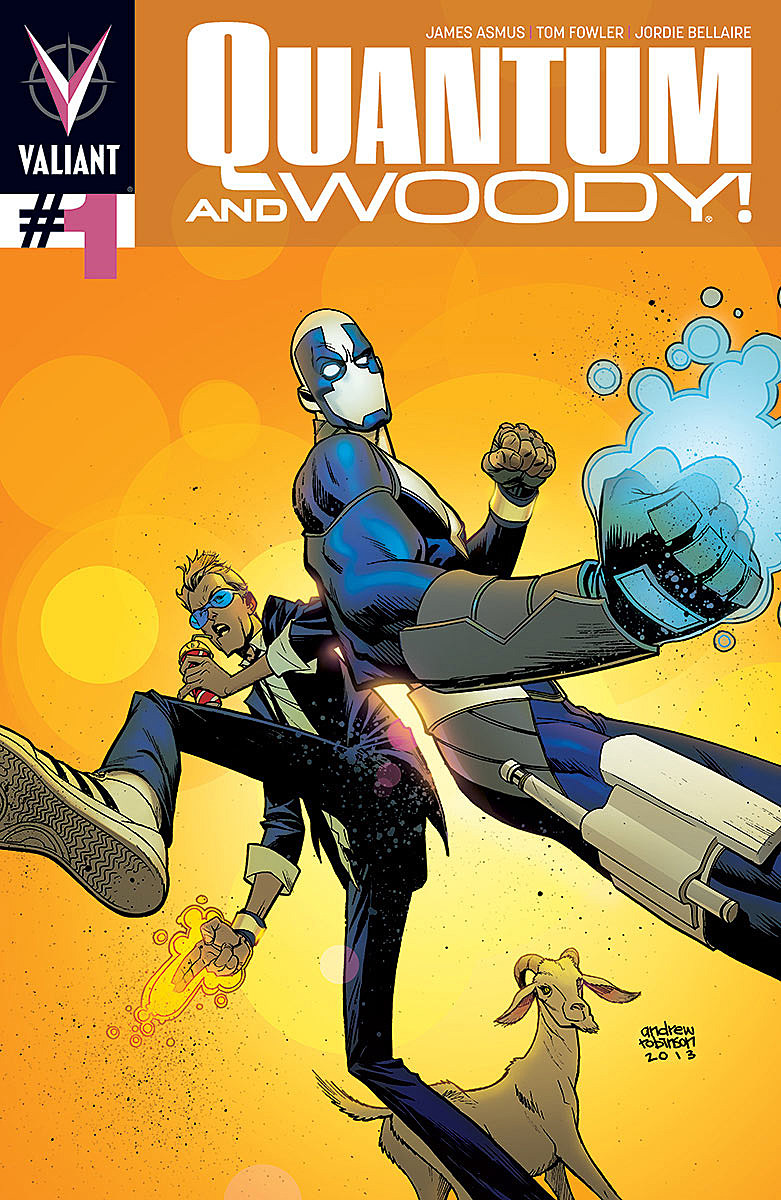 Quantum and Woody #1 goes on sale July 10th at your local comic shop, and will be available digitally via Comixology.
Filed Under: james asmus, JamesAsmus, jordie bellaire, JordieBellaire, Quantum and Woody, QuantumAndWoody, tom fowler, TomFowler, Valiant Comics, ValiantComics
Categories: Previews, Valiant
Comments
Leave A Comment
The Eye In Team: What Do We Lose When A Comic Doesn’t Have Its Own Artist?
Russo Brothers Line Up ‘Quantum and Woody’ Series After ‘Infinity War’
All The Image Comics Announcements From Emerald City Comic Con [ECCC ’17]
Dan Slott And Stuart Immonen Bring Norman Osborn Back In ‘Amazing Spider-Man’ #25 [Preview]
Death Becomes Her: The ‘Pretty Deadly’ Mixtape
Welcome To The Gun Show: ‘Deadpool Versus The Punisher’ By Fred Van Lente And Pere Perez
ComicsAlliance’s Best of 2016: All The Winners
Scott Snyder Reveals How He Keeps The Villains Scary In ‘All-Star Batman’ [Interview]
ComicsAlliance’s Best Of 2016: Outstanding Colorist Of 2016