Q: You've been talking a lot about Mighty Morphin Power Rangers on Twitter lately. I loved the original Power Rangers as a kid, but that love is now ironic at best. It was a pretty terrible show in most respects, but I have to give it credit for sparking my lifelong interest in superheroes. In fact, my love of the genre has only grown with age, heavily influencing my pursuit of a career in writing. I appreciate the role the Power Rangers had in that, but I can't enjoy the show the same way anymore. How do you reconcile nostalgia with maturing tastes? -- Greg, via email

A: This is weird, but it's almost like you're implying that the things I loved when I was twelve are not objectively the greatest pieces of entertainment ever produced. Is that what life is like for people who were into Transformers or Hawkman or something?Personally, I had it figured out at a very young age, but this is a pretty interesting question that brings up some aspects of fandom that directly influence comics and the entire culture that surrounds them. It might sound weird coming from someone who's basically been into the same stuff since the age of 12 -- Batman, pro wrestling, Pokémon, cartoons about talking dogs that solve mysteries -- but almost every time I find myself talking about nostalgia, it's in the context of referring to it as the enemy of all that is right and good.

That might not be fair. After all, "nostalgia" didn't write Superman: Earth One, so it's not like it can be responsible for every terrible thing about comics. It's pretty close, though. 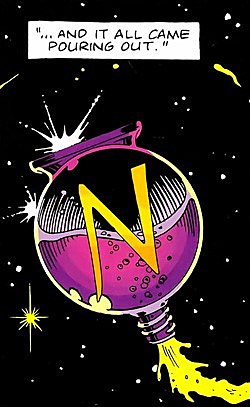 Constantly focusing on the past and trying to dredge up the same story elements again and again is one of the most efficient ways to produce a bad superhero story, because by its very nature, you're chasing a feeling that you're never going to be able to capture. You're just going to end up with diminishing returns, because every time you find yourself reading the same story over again, it loses something. How many times do we really need to see Superman's origin story, or Spider-Man lifting up something heavy because he believes in himself, or Jean Grey losing control of the Dark Phoenix, or anything else that you really liked the first time it came around? Serialized fiction that's never meant to end is already pretty repetitive by nature, so drawing attention to it tends to be a pretty bad idea.

Quick sidenote: Remember that bit in Watchmen where there's a perfume called Nostalgia and the intricate crystal palace created by a guy who has ultimate power over this superhero universe collapses when Laurie throws a bottle of Nostalgia at it? There is a reason that's in there, and it ain't because Moore and Gibbons were particularly interested in subtlety.

But at the same time, nostalgia is tied up in the entire reason a lot of us like this stuff to begin with. Most superhero fans were hooked when they were kids, and even if you're one of the few who came to superheroes as an adult, you still have the one book that made you want to read more that's always going to have a special place in your memory. It's there from a creative standpoint, too -- most people make the comics they want to read, and a lot of that has to do with wanting to read those stories for a very long time, or wanting to use bits and pieces from your favorites when you were a kid.

It's a whole big mess of tangled up emotions and tastes and memories, but that said, I don't think it's actually that difficult to strike a balance. It really just comes down to a few things.

First, you have to own what you like. Again, this is pretty easy for me to say since all I do all day, every day, is tell people why I like things, and why they shouldn't like the things I don't. But at the same time, I don't really believe in the concept of a "guilty pleasure." If you like something, that's okay, and it doesn't really need to be qualified as something you're ashamed of just because other people disagree. There's plenty of pretty lousy stuff that I love to pieces -- Tarot: Witch of the Black Rose being the most prominent example. That's a terrible comic by virtually any standard other than "are there magic naked ladies in it," but I generally get a ton of enjoyment out of reading it and hope it runs for a thousand issues. 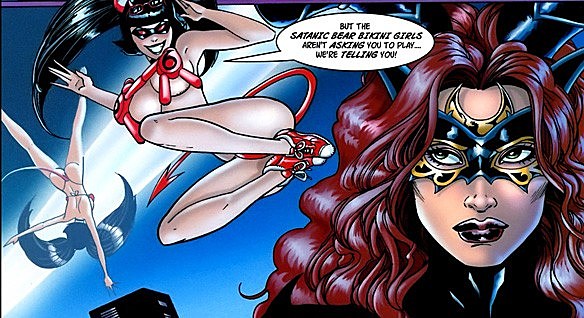 That doesn't mean you should always blindly accept things. Unsurprisingly, I'm a pretty big proponent of examining the living hell out of the things you like to understand just what it is that makes them good, and you should always be willing to re-examine your tastes as they change, or to find something that you didn't notice before that affects how you feel about something. We'll come back to that in a second.

It probably goes without saying, but the corollary to this is that sometimes, stuff from the past is really good, entirely on its own merits without a drop of nostalgia added in. I love Silver Age Superman and Jimmy Olsen comics, for instance, and someone once told me that I only liked them because that's what comics were like when I was a kid. I grew up in the '90s, y'all. The only way that makes sense is if Jimmy Olsen was skateboarding around with a glowing eye, a metal arm, some ninja weapons and a a belt full of pouches (which, admittedly, would be awesome). Anyway.

Secondly, understand that not everything is for every audience, and that you're not the same audience you used to be. You mentioned not being able to look at Power Rangers the same way you did when you were a kid. Of course you can't. You're approaching it as a completely different person than you were 20 years ago, with a completely different set of life experiences. You're not the same person, and it's not a show that was made for someone who's where you are in your life.

That might seem like kind of a cop-out, and in a way, it is. The things we tend to celebrate for being genuinely great are often the ones that transcend their demographics and appeal to different audiences, like Batman: The Animated Series, My Little Pony: Friendship is Magic, Adventure Time or Avatar: The Last Airbender. Even then, though, they appeal to different people for different reasons. You get something different out of it depending on who you are, and it's okay for something to exist that doesn't cater to where you're at right now. The world don't move to the beat of just one drum.

Put those two ideas together, and you arrive at our third point: Figure out what it was that you liked and go from there. Going back to the Power Rangers, the reason I've been talking about MMPR a lot is because I decided to watch the entire show, from the beginning, and the reason I wanted to do that was because I watched some of the most recent series and thought it actually had some pretty good stuff. There's this episode that's all about a monster who insults you and then turns your insecurities about yourself into explosions, and you find out that the Yellow Ranger is immune because she's got the depression and always feels bad about herself. 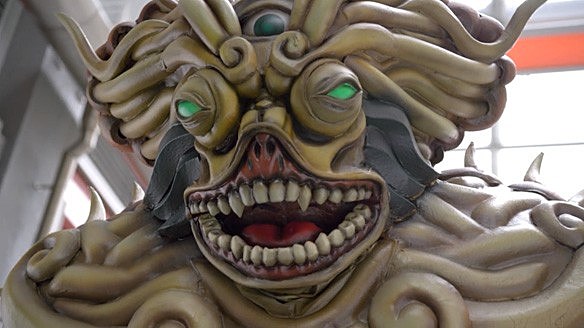 That's such a great, bizarre way of introducing those concepts into an action show for kids, and there were also some neat ideas about how the world worked (gaps between buildings and cracks in the sidewalk being portals to the netherworld), so I wanted to see if there were more episodes that played with ideas like that.

Obviously, that's a different approach to the show that I had when I was ten and just wanted to see robots doing karate. I mean, I still want to see robots doing karate, but it's not the only thing I'm interested in. As an adult, I'm interested in how the stories work, how they dealt with the challenge of writing around pre-existing footage, and figuring out how it all came together. It might be a pretty rough show in terms of acting and I couldn't care less about the actual battles, but there's a lot there that still has interest, even if it's from a different perspective.

Which brings us to the last point: There's nothing wrong with liking something just because you used to like it. As much as I scowl about nostalgia ruining comics, it's okay to have fond memories of something and to enjoy the feeling that you get from it. It only really becomes a problem when it stands in the way of other things. When the thing you like becomes an object of worship that has to be emulated at the expense of anything new or different.

And before you say it, my reasons for wanting Batman to dress in his blue-and-grey costume are perfectly logical.

Hopefully, all of that helps you sort things out, but that first rule is really the only thing you need: Like what you like. Or better yet, like what I like. Then we'll both be happier.