In advance of this weekend's New York Comic Con, Los Angeles-based comics publisher BOOM! Studios announced Thursday an aggressive three-pronged plan for digital distribution whose eventual goal is total availability on desktop computers, Sony's PSP device, and Apple's iOS devices including the iPad and iPhone. The price-point across all platforms is $1.99 per issue, which is among the most progressive moves we've yet seen from a major publisher in the digital comics market.

Beginning immediately, several of BOOM!'s popular titles are available for $1.99 via MyDigitalComics.com in PageFlip format, whereby purchased products are readable through a Web browser on Mac or PC. Such books include "28 Days Later," "Die Hard," "Do Androids Dream of Electric Sheep?", "Irredeemable," "Incorruptible," "The Unknown" and more. The entire BOOM! backlist is to made available in the coming months.

"BOOM! Studios is always looking to further our commitment to getting our comics and graphic novels into the hands of fans everywhere ," said BOOM! Studios Marketing Director Chip Mosher. "This new agreement with MyDigitalComics only shows how strong the commitment to our fans is. BOOM! Studios publishes some of the most diverse comics out there, and the addition of MyDigitalComics shows that we have the most diverse options for new and old fans alike to experience our comics digitally."

To further entice readers, the first half of all BOOM! Studios titles on MyDigitalComics.com are available to download for free. Additionally, MyDigitalComics.com, through its partnership with retailers Discount Comic Book Service (DCBS) and InstockTrades, provides links to easily buy discounted print versions of BOOM! titles. 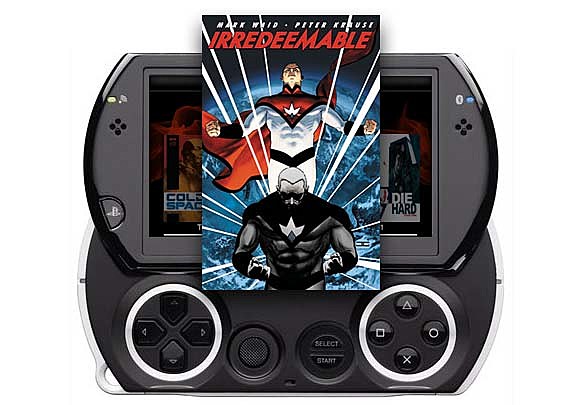 In a move facilitated by digital comics distributor iVerse Media, BOOM! Studios will make available a number of its more popular titles available in Sony's PSP Digital Comics store. Priced at $1.99 (with the first half of each title available to download for free), these products include digital versions of "Giant Monster," "Irredeemable," Samuel L. Jackson and Eric Calderon's "Cold Space," "Die Hard," and "28 Days Later."

"Making our comics available on the SONY PSP shows our commitment to making sure comic fans everywhere can experience all the great comics we publish here at BOOM! Studios," said Marketing Director Chip Mosher. "Working with iVerse Media, we are ecstatic about reaching new customers on the SONY PSP platform and creating new BOOM! Studios fans and delighting our current fan-base that are already enjoying buying comics on the PSP." "BOOM! has a diverse and extremely high quality catalog of titles that we know Sony PSP fans are going to love," said iVerse Media CEO, Michael Murphey. "It's pretty easy to see how titles like 28 DAYS LATER, GIANT MONSTER, IRREDEEMABLE and COLD SPACE have an immediate crossover appeal to the hardcore gaming audience that Sony serves so well on the PSP. PSP owners are really going to love these books."

As with the desktop initiative with MyDigitalComics.com, BOOM! intends to make its entire back catalogue available on Sony PSP in the near future. 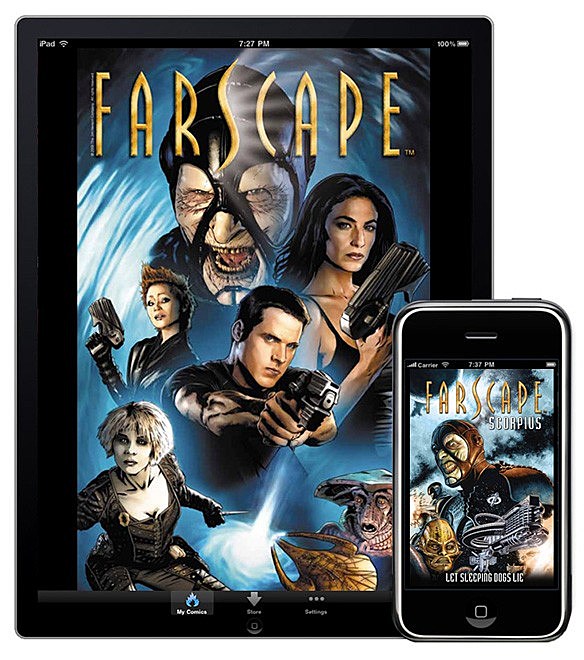 BOOM! Studios' popular line of "Farscape" comics, based on the television series created by Rocky S. O'Bannon, finally makes its digital debut via the BOOM! app from comiXology, where they will remain available exclusively for 30 days. The entire BOOM! catalogue of "Farscape" -- over 40 issues -- can be purchased now for $1.99, including the ongoing series "Farscape" and "Farscape: Scorpius."

"The FARSCAPE comic series contain some of BOOM! Studios' all time bestselling comics." According to BOOM! Studios Marketing Director Chip Mosher, "Fans have been clamoring to get these comics digitally, and we're happy to give in to those demands by offering the whole FARSCAPE comic book catalog exclusively through the BOOM! Studios Comics App with our friends at comiXology."