For almost 30 years, Todd Klein has been one of the most prominent letterers and designers in comic books, working on everything from "Legion of Super-Heroes" to "Sandman." He's one of the true craftsmen of one of the most often-overlooked aspects of comics, and while it's not surprising that he devotes a lot of time to discussing lettering and logo design on his website, the depth of information he presents and the entertaining way he does it is one of the true gems of the comics Internet.

Klein's done dozens of Logo Studies on his site, where he not only talks about books he's worked on, but shows off other designers' work, even occasionally going back into the archives to find the original logos created by guys like Gaspar Saladino (who, with Gil Kane, did the Green Lantern logo above). They're great pieces that trace the evolution of a particular character or comic's logo as it evolves -- sometimes over as much as 70 years -- showing how design and the lettering process evolved over time, and while it's worth your time to check them all out, we've got a few favorites. 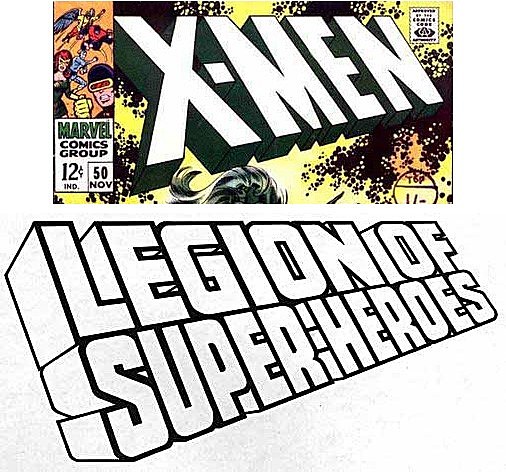 During the Legion of Super-Heroes logo study, Klein talks about the unconscious influence Jim Steranko's enduring "X-Men" logo might've had on his own work. It's one of the many connections the two books have -- Nighcrawler and Collossus were originally created by Dave Cockrum to be Legionnaires, but were rejected and found a new (and pretty popular) home with Marvel's merry mutants. 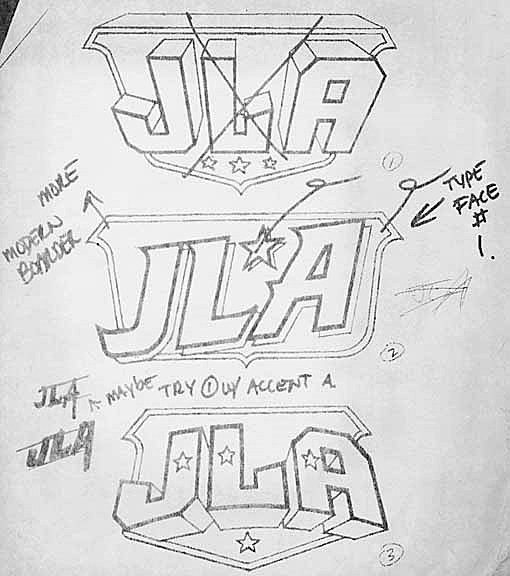 While examining the many logos sported by the Justice League of America over the years, Klein posts designer Alex Jay's original sketches of what would become the logo for Grant Morrison and Howard Porter's relaunch of "JLA," along with a note from Jay about the perils of working on DC's team books:

During separate discussions of both Batman and Robin's logos, Klein offers a look at both writer Grant Morrison's initial design sketch (top), and a bunch of takes by logo designer Rian Hughes, a nice recent example of logo design. 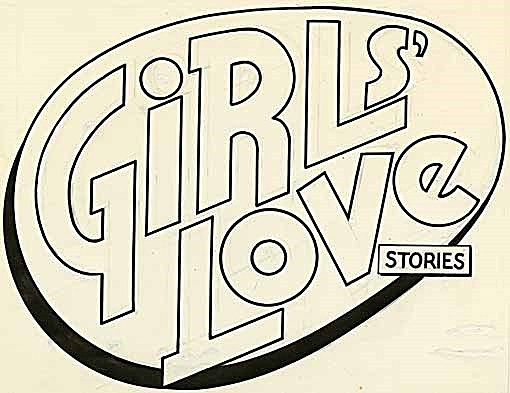 No joke: I found Klein's six-part look at DC's Romance logos to be absolutely fascinating, which I think is largely because it's about designers having to work within something utterly different from the super-hero style they were used to, and the end results are often.. well, as Klein himself says:

Here's the original logo from the DC files, and I have to say, it's not one of Schnapp's better ideas. While the letterforms reach for interest with odd shapes and sizes, they never grasp it, in my opinion. The small S looks particularly odd to me, and the whole logo is rather a mess.

As you might expect, Klein also talks about his own work quite a bit, my favorite being a book from the Amalgam crossover that combines Spider-Man, Superboy, Marvel Team-Up, the Legion of Super-Heroes, the Galactic Guardians and Marvel's 2099 line to make a comic with a truly ridiculous (and fairly hilarious) title.

The site's full of great stuff like that, and whether you're really into reading up on the process of making comics or not, it's genuinely engaging stuff that's often pretty fun to see as well.