One of the forthcoming new titles most discussed around the ComicsAlliance water cooler (which is filled not with water but with blood) is Day Men, a BOOM! Studios project that sees the return of Brian Stelfreeze to monthly comics for the first time in seven years. Possibly best known for a gorgeous run of painted covers for Batman: Shadow of the Bat and one of our most favorite artists ever, the ultra-meticulous and stylized Stelfreeze normally keeps himself busy with smaller projects including comic book covers, commissions in the collector's market, and short contributions to things like DC Comics Art Director Mark Chiarello's auspicious Wednesday Comics anthology. But when BOOM! offered Stelfreeze the chance to create a world from the ground up, the "artist's artist" decided all the conditions were in place for him to get back to a monthly grind.

What you're seeing below for the very first time are the early fruits of Stelfreeze's labors; the opening four pages of Day Men#1, an urban noir fantasy that imagines vampires as the crime lords who secretly control the world and follows the adventures of specially trained human agents -- the titular Day Men -- who carry out their dark deeds. 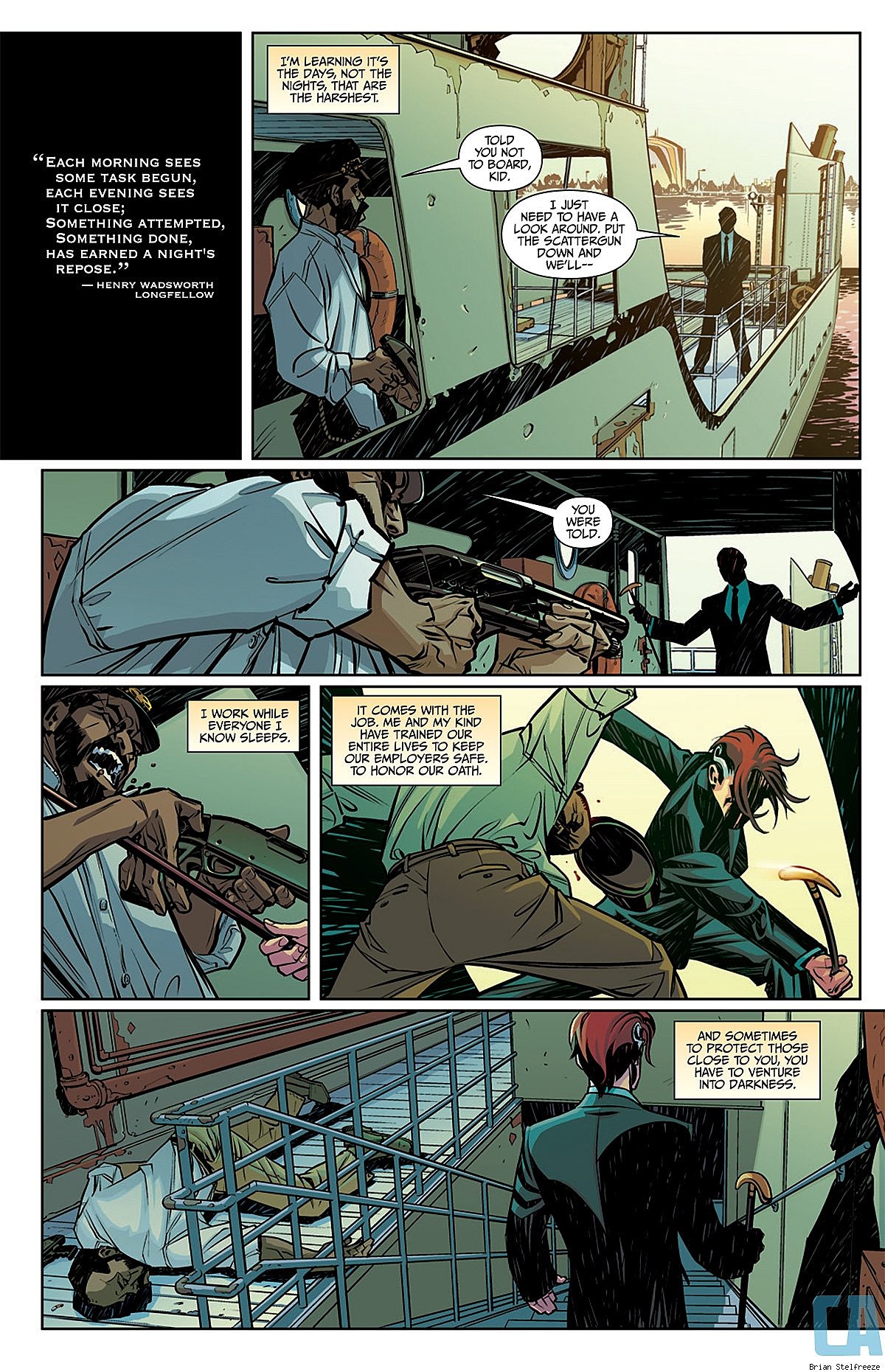 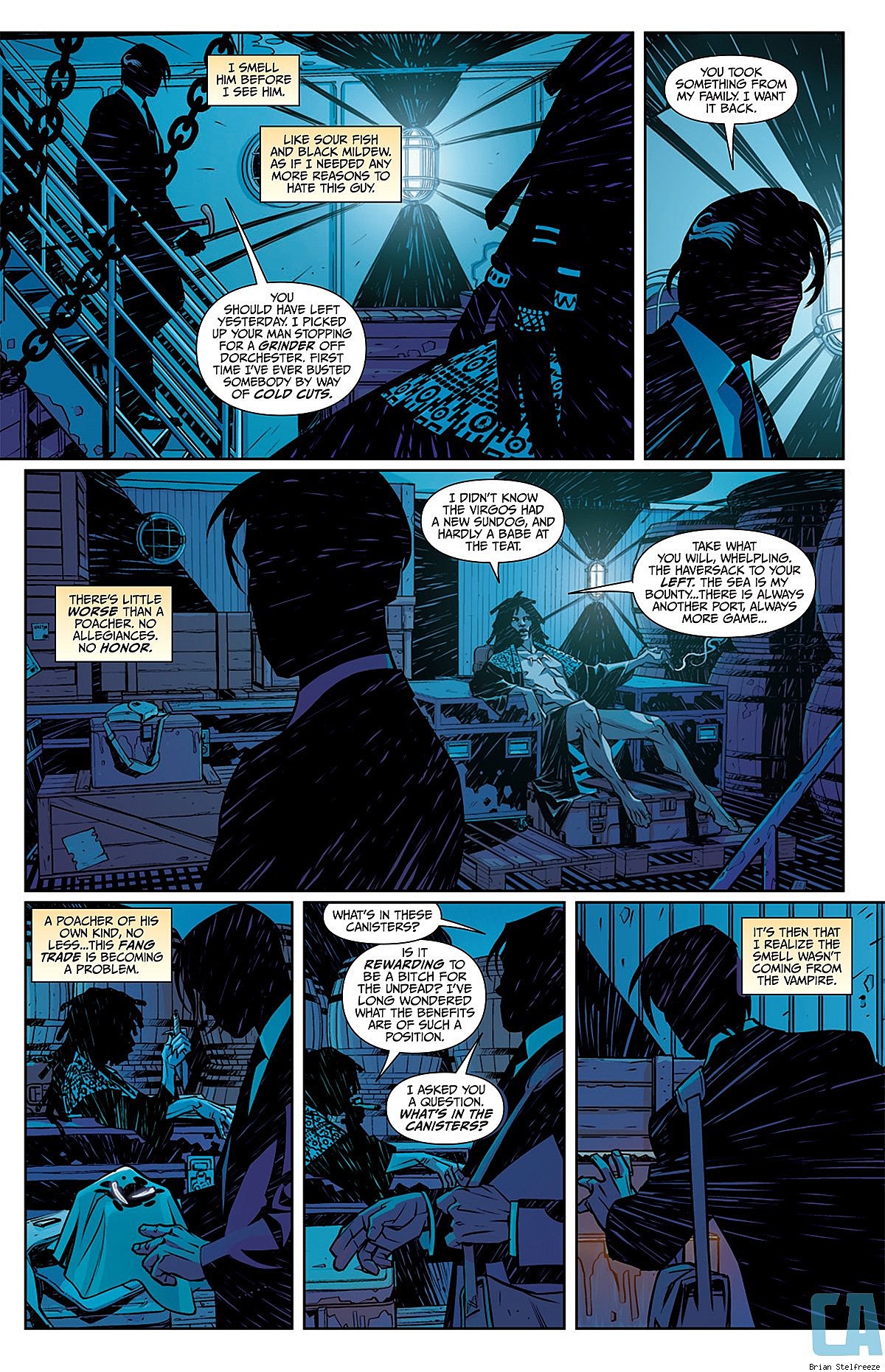 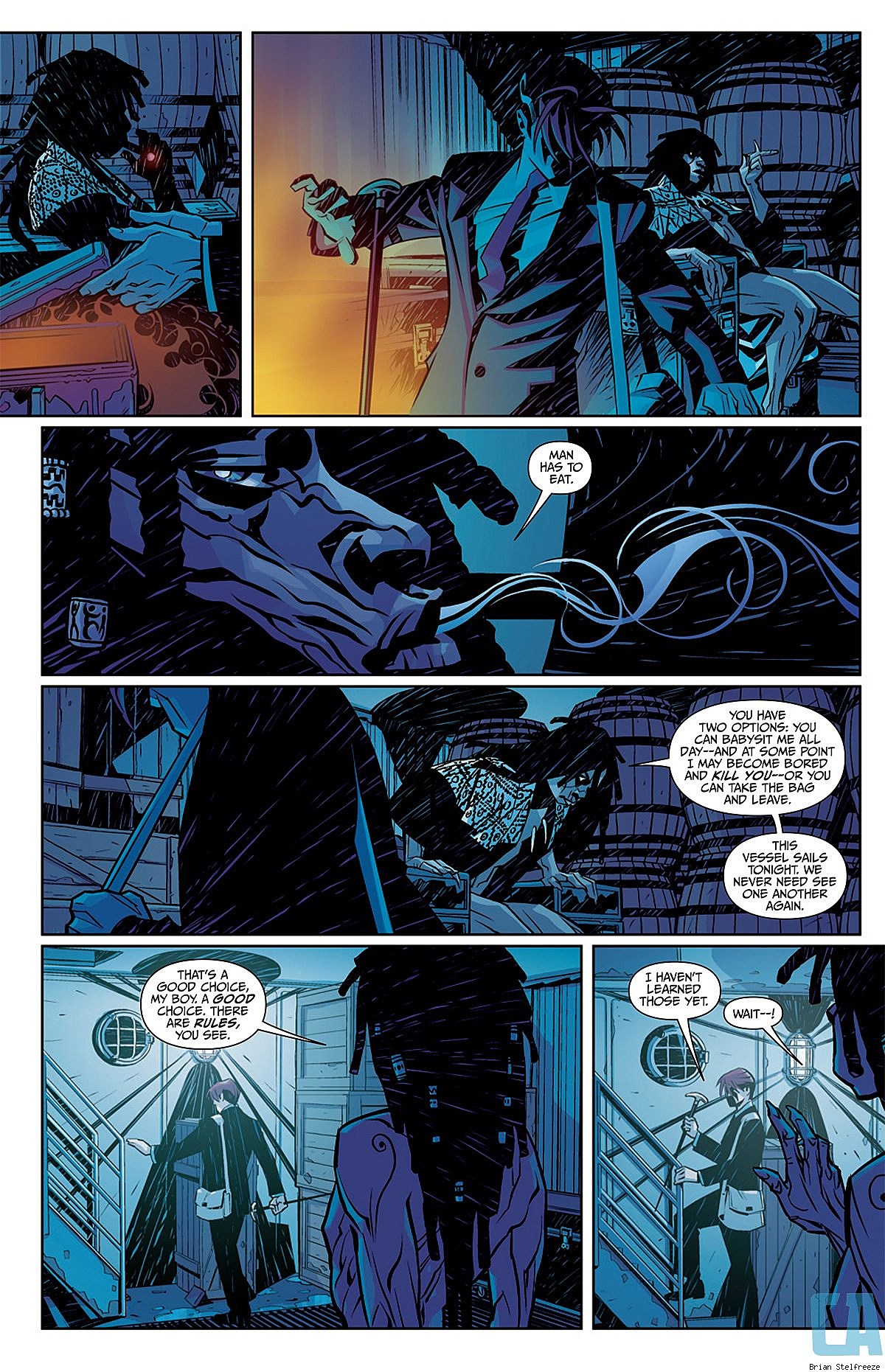 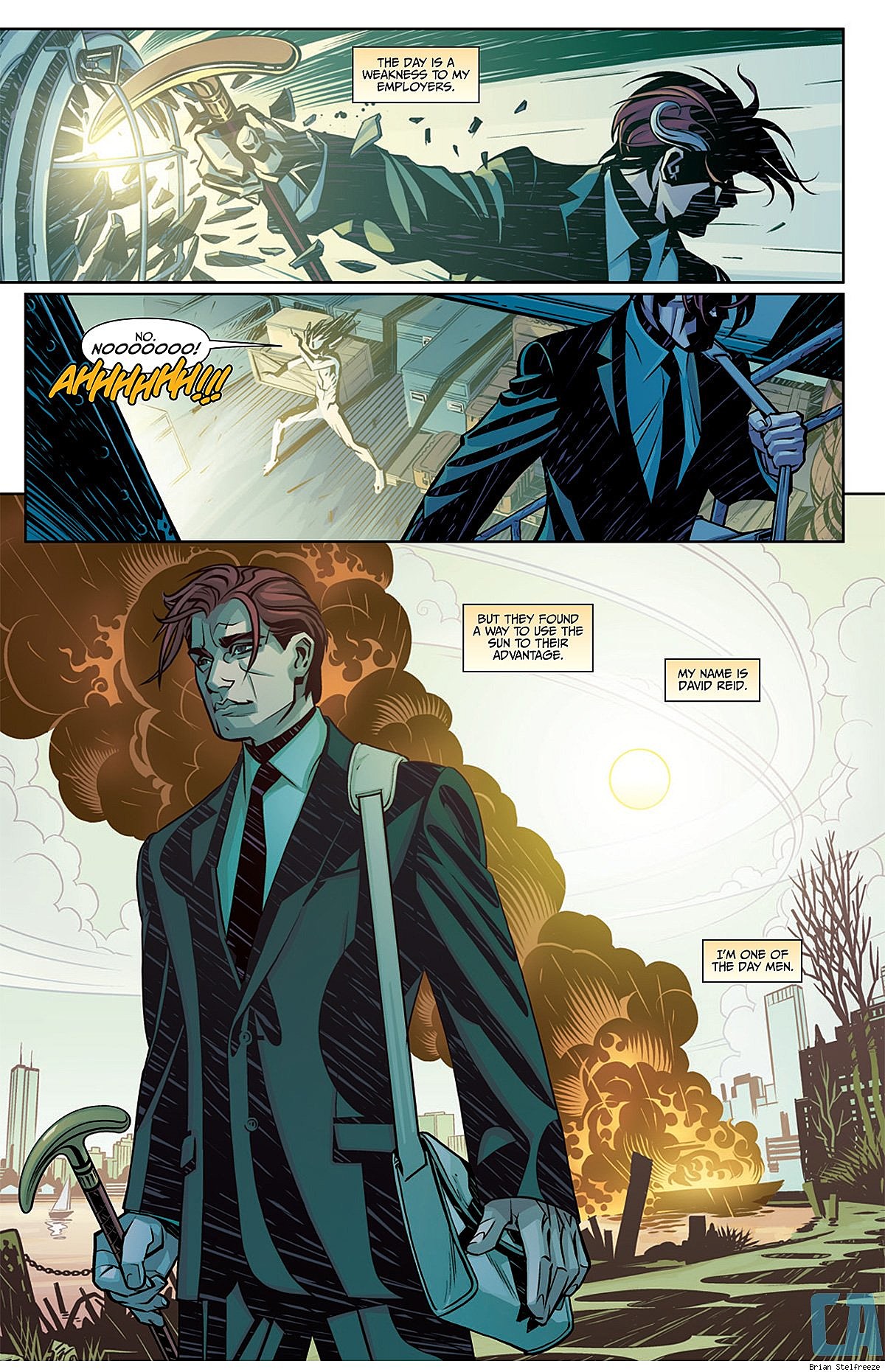 Did you notice how you don't see David's face until the final panel of the fourth page? It's just one example of the kind of deliberation that goes into Stelfreeze's pages, which I was able to see in both layout and inked stages recently (as BOOM! Studios' headquarters located nearby CA's Los Angeles outpost and not very well guarded). Kind of like a musician who records take after take of a performance before moving to the mix phase, Stelfreeze's process is designed to capture the most effective presentation possible from panel to panel. He spends most of his time on layouts and staging before moving on to full pencils and inks, which are executed with similar resolve. For example, the cinematic lighting you see cast over the figures and rooms in the pages above could easily be achieved by colorist Darrin Moore in Photoshop, but it was actually mapped out and drawn by Stelfreeze, a master of high contrast.

This attention to detail filtered through his unique illustrating style was an approach Stelfreeze learned along with colleagues at Gaijin Studios, the Atlanta-based comics collective that also included Tony Harris, Adam Hughes, Karl Story, Cully Hamner and Jason Pearson.

"Everyone there, from the early days to the end, had a passion for making things real. We were all kids who took this stuff seriously, and we wanted to take that believability into our adulthood," Stelfreeze told ComicsAlliance in a lengthy interview last month. "There were endless conversations going deep into the night almost every day about strategies to make these fantastic worlds more believable. Just about every other creator used the boom days of the '90s to cash in, but all the guys at Gaijin used them to facilitate research and development in art and storytelling. Was that crazy?

"Now, I can't except doing comics any other way. That's one of the reasons why I only attach myself to interesting projects. Characters can't exist in a vacuum, but rather they need an entire world which compensates for their extremes. I like it when I'm watching a movie which has a harmonious feeling to it. It's as if the environment puts you in the mood for the characters and story you experience. Movies like The Matrix and Gattaca are great examples of this. Every image you see fortifies the experience. I try my best to create that feeling of harmony."

Check out the rest of our Brian Stelfreeze interview for more on Day Men, which debuts in July from BOOM!