21 years after Adam West first appeared on The Simpsons, the star of the 1966 Batman TV series is returning to the Matt Groening universe in August in a new episode of Futurama. Former Robin Burt Ward (who appeared with West in a 2002 Simpsons episode) will also guest star in the episode, "Leela and the Genestalk."

Like many other celebrities of the 20th Century, West and Ward will appear on Futurama as heads in jars, though Ward will have a robot body with a certain familiar color scheme, and West will have a body that's appropriate in its own way, too.West's bat-body would appear to be the result of sick genetic experiments conducted by Mom, the evil businesswoman and sometimes Professor Farnsworth paramour. Ward's seems more in line with the regular robots of the Futurama world.

Find out more when "Leela and the Genestalk" premieres August 7. Futurama returns to Comedy Central June 19. 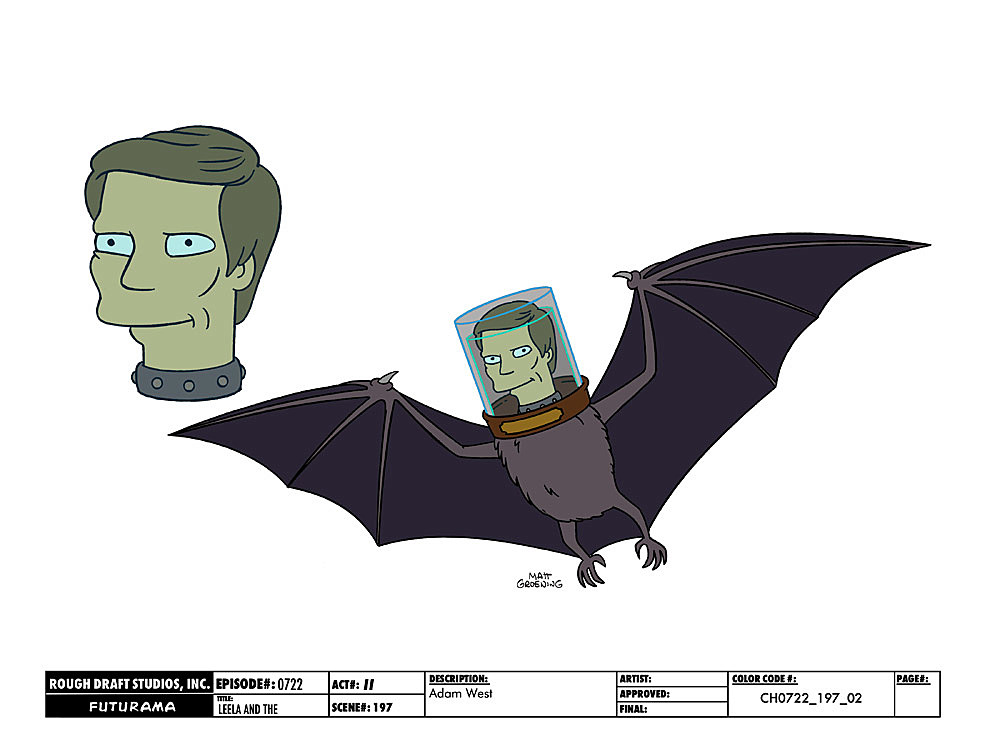 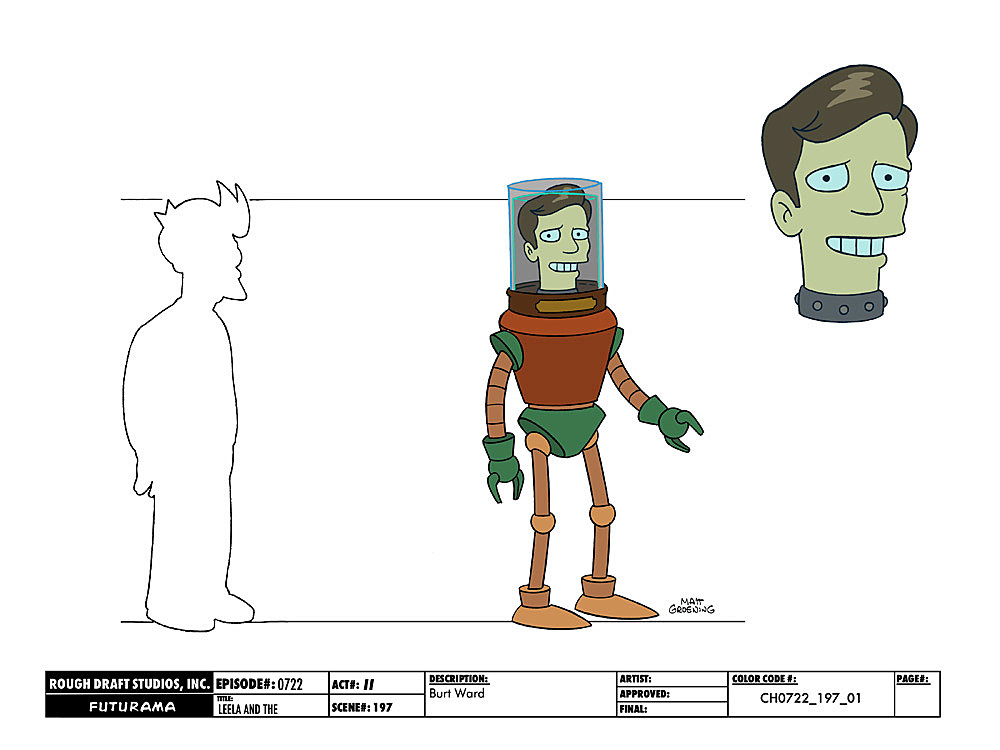