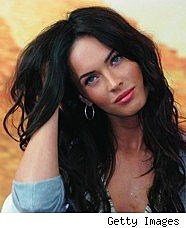 MTV recently asked Megan Fox what her favorite comics and creators are, and here's what she said:

"Michael Turner, clearly -- J. Scott Campbell. Those are my favorite artists now and forever. I grew up reading 'Gen 13.' There's one called Coward. That's not the same kind of comic. That's really dark. That's more of like a 'Jonah Hex.' 'Midnight Nation' is super interesting. It's like religious-based. Not unlike Constantine, you could say."

People seem pretty excited that a beautiful movie star is actually saying the names of comic book creators and thus creating the illusion that she's a comic book fan, but after multiple Comic-Cons and years of working in comics-related movies, she's basically able to name 1) The guy who drew the comic book her next movie is based on ("Fathom"), 2) The comic book that launched the movie she just starred in ("Jonah Hex") and 3) an obscure comic by the creator of "Babylon 5" that he tried to make into a movie ("Midnight Nation").And "Gen13," which she was apparently reading when she was 8 years old, despite the fact that it featured women whose clothes were constantly falling off: 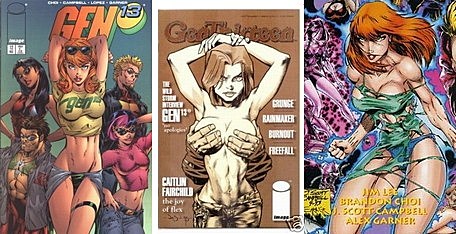 Also: Does anyone else think she's angling for the role of Rainmaker, the lesbian no wait bisexual hottie of "Gen 13" who liked to randomly get naked? 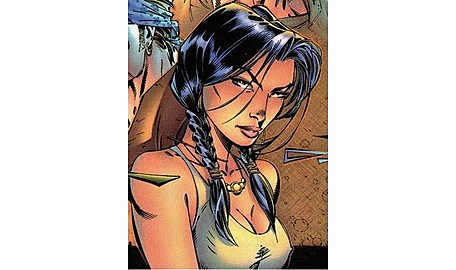 I'll give her consistency, at least -- they're the same titles and creators she name-dropped at Comic-Con and the last time she was on Jimmy Kimmel, where she added "Witchblade," another Turner book, to her list of "Gen 13" and "Fathom." And really, let's pause for a second to consider what it says about you if you've dipped even a toe into the larger world of actual comics and those are your three favorite books OF ALL TIME.

She also says she loves "Coward," and if she's talking about the Ed Brubaker/Sean Phillips crime comic arc then that is actually a very good book -- except that it's named "Criminal," and is not very much like "Jonah Hex" at all except that neither one has superheroes in it. And Constantine? Is not a comic. It's a character in a comic book called "Hellblazer."

Time to up your game, Megan! If you're going to pretend to like comics, at least let someone give you a list of really good ones that don't have movies you're currently starring in so that we can pretend to believe you.