Despite E3 having come and gone, it's sadly still too early to see WayForward and D3 Publisher's upcoming Adventure Time and Regular Show games due out this fall in action. For fans ready to dig into the first proper RS handhold console game (following several mobile titles) and the multi-console followup to 2012's well-received Adventure Time: Hey Ice King! Why'd You Steal Our Garbage?!, D3P does have some new visuals to... um... visually chew on. Behold, the hi-res box art for Adventure Time: Explore the Dungeon Because I DON'T KNOW! and Regular Show: Mordecai and Rigby In 8-Bit Land after the cut.

Rather than having Finn and Jake search for their trash, Explore the Dungeon Because I DON'T KNOW!will take the two adventurers on a quest "to save the Candy Kingdom by exploring the mysteries surrounding a massive Secret Royal Dungeon deep below the Land of Ooo." Unlike the last AT game, which was only available on the Nintendo DS and 3DS, the new title will be available on the 3DS Wii U, Xbox 360, PlayStation 3, and PC.Mordecai and Rigby In 8-Bit Land, according to an official press release "will give fans an opportunity to watch Mordecai and Rigby take their adventures to a whole new park," where the 23-year-old Blue Jay and his raccoon will have to "use their best skills and unique abilities to traverse the various challenges to escape and return home in this 'eggscellent' journey." If Mordecai's fanny pack and Riby's VHS tape are any indication, that will probably mean a lot of crazy '80s action movie inspired super battles.You can check out all of the box art below.
[Click Images To Enlarge] 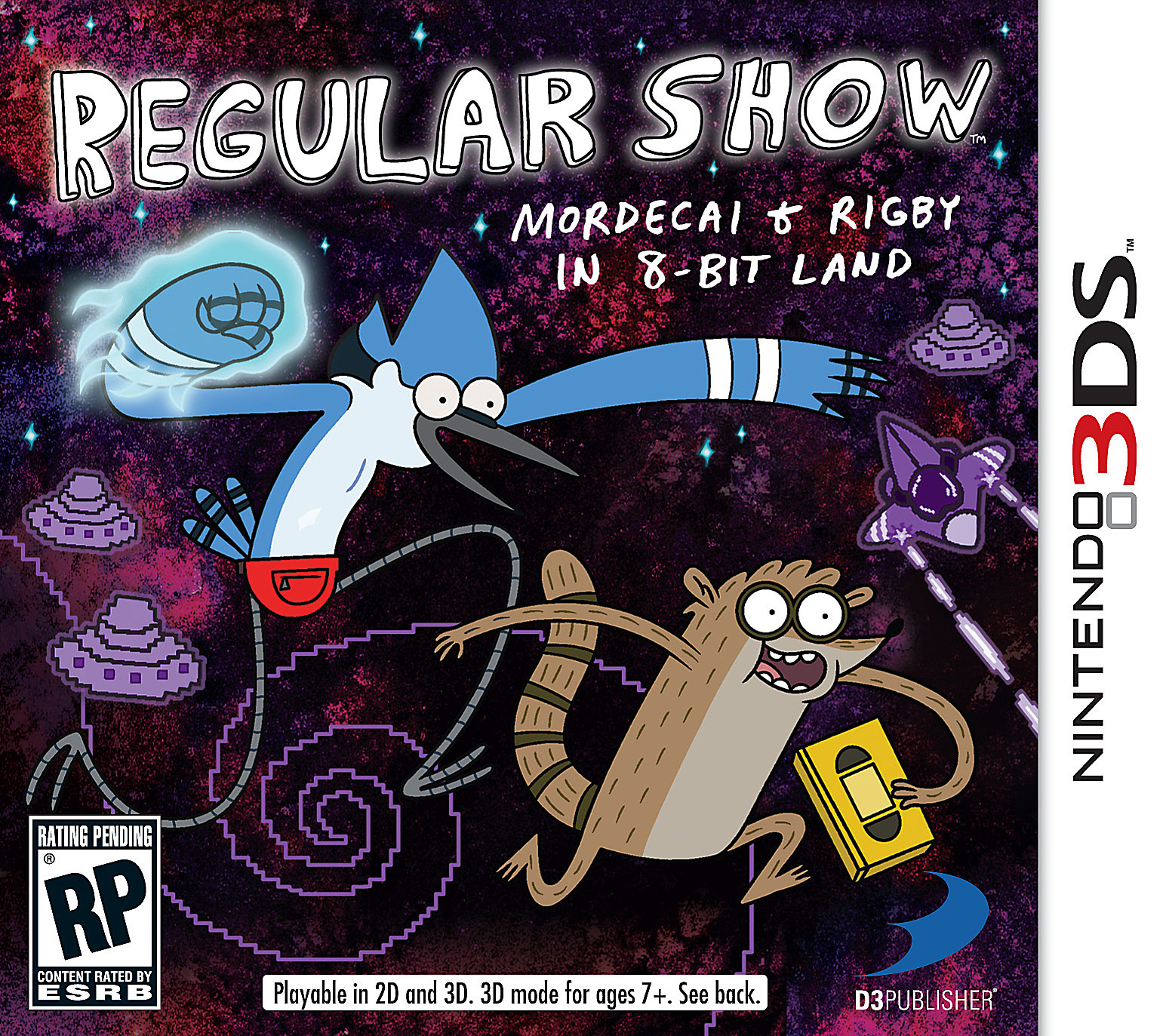 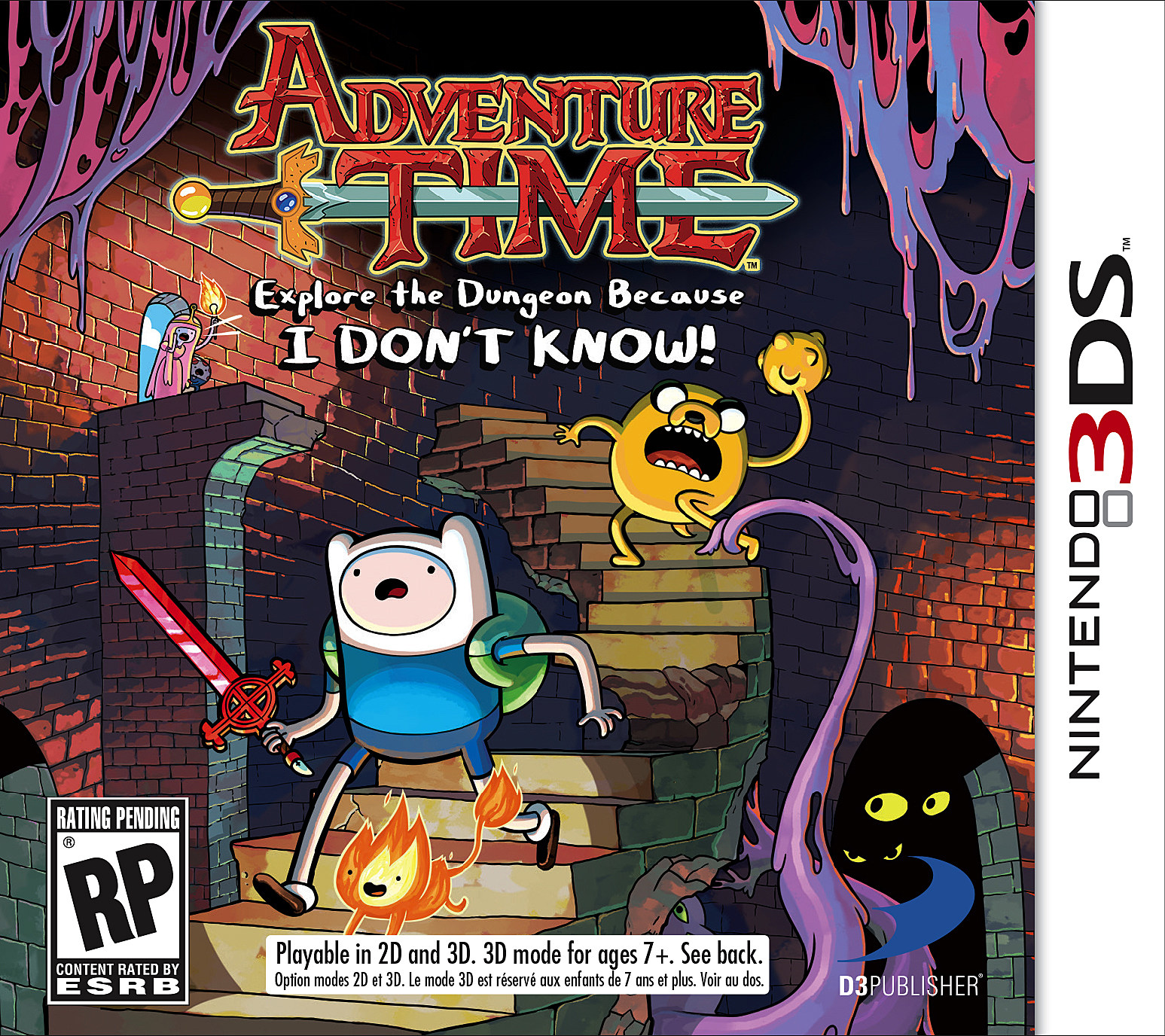 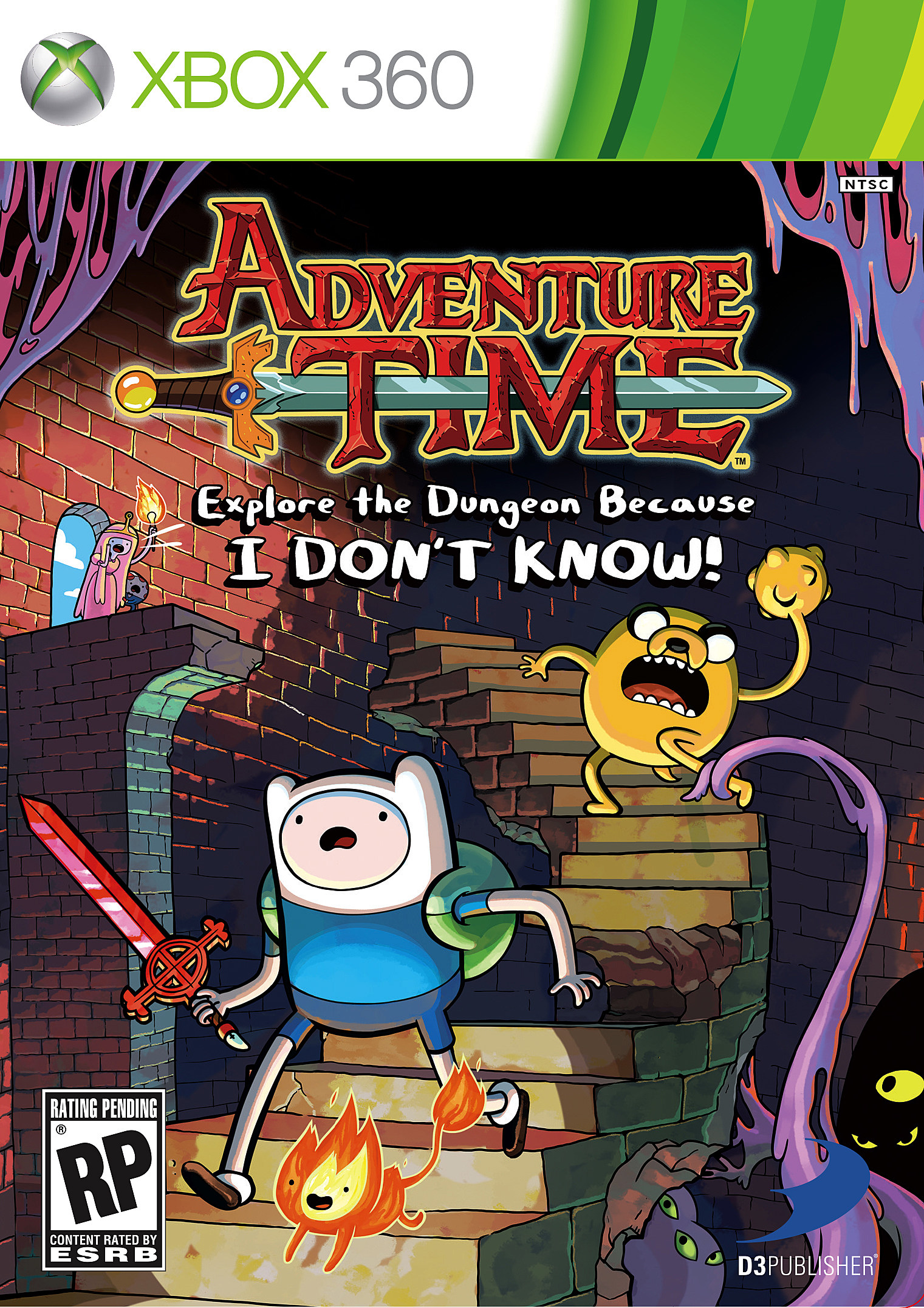 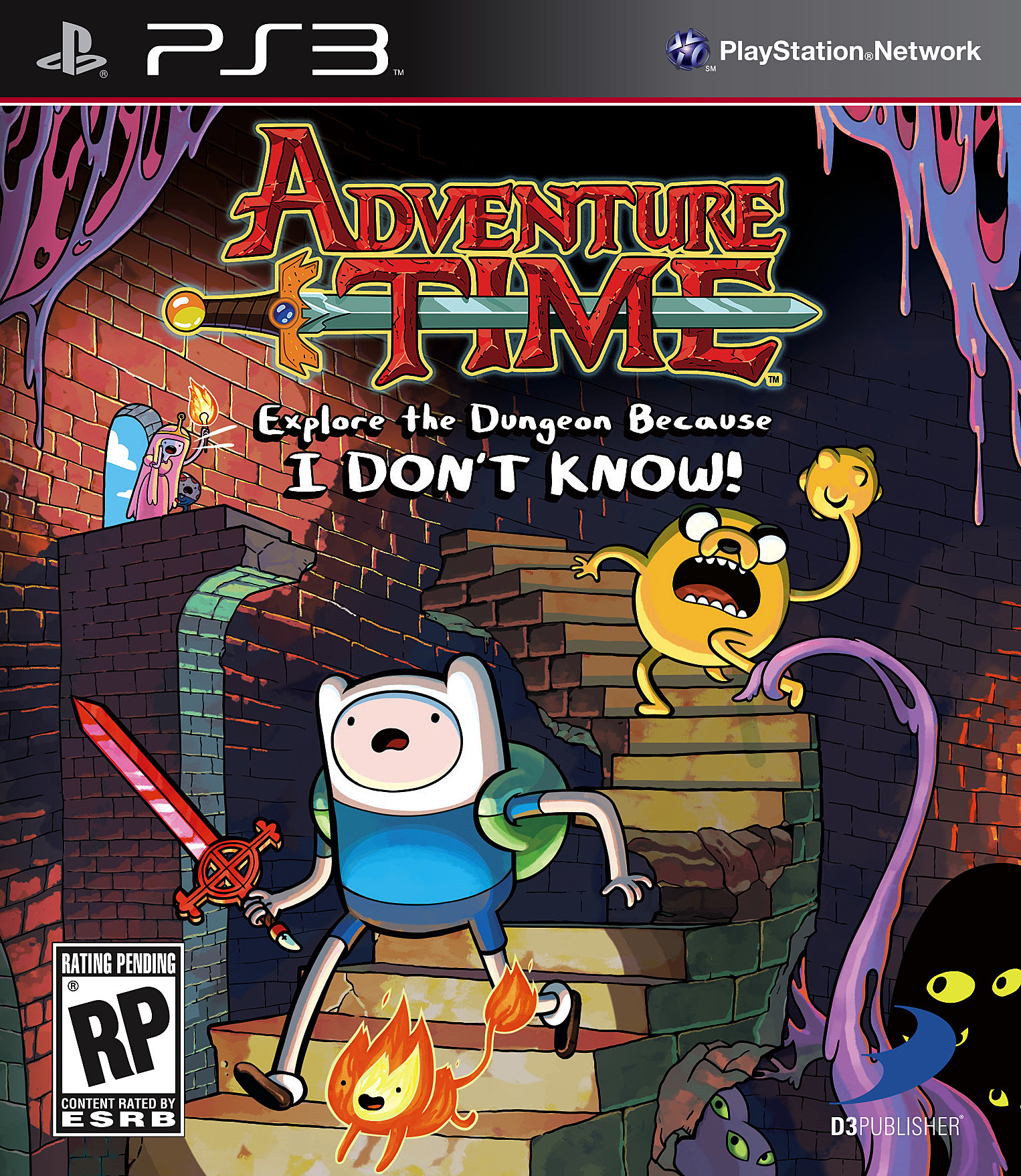 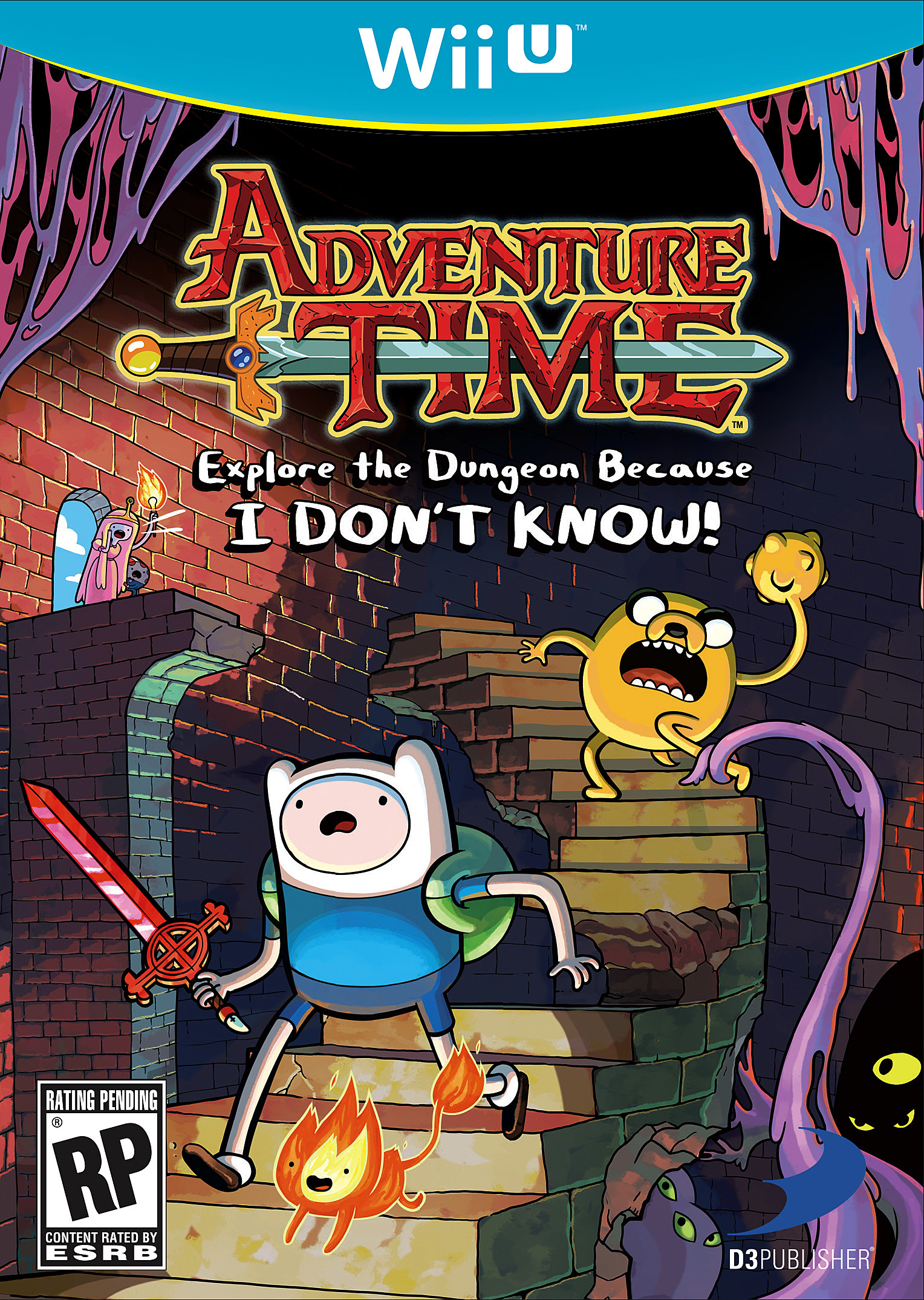