Q: In your opinion, the best series endings in comics? Not just the end to separate story arcs, but to entire books? -- shutupadrian

A: In comics, closing out a series can often be a pretty tricky proposition. It's hard enough to write a good ending to a story, but in a medium where success is often defined by the fact that something gets to continue, ending an entire title is even tougher. But even so, there are plenty of books that go out on a high note, and if you've read this column before, my favorites probably aren't going to come as a surprise. 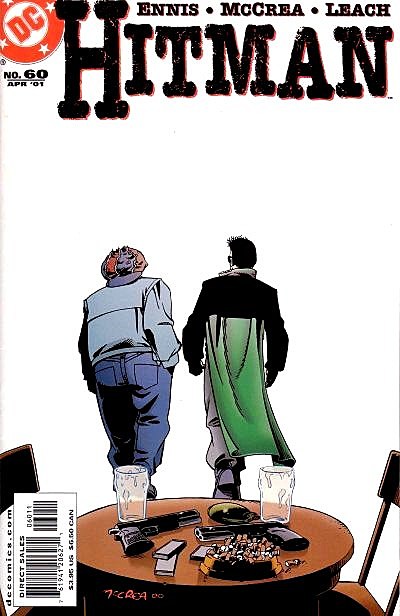 Despite the fact that it wasn't actually meant to be an ending, Alan Moore's run on "Supreme" certainly isn't hurt by the fact that its final issue is a massive tribute to Jack Kirby, and if that's not my favorite comic Moore's written, then "Top Ten" #12's pitch-perfect "season finale" has a pretty good shot at that title. And of course, there's "All Star Superman," because if you don't get a lump in your throat when he tells Lois that he'll love her until the end of time, then there's a pretty good chance that we will never be friends.

When you get right down to it, though, nobody -- and I mean nobody -- can end a series like Garth Ennis.

I've mentioned before that while a lot of readers only see him as a guy who writes hyper-violent comics that drop more F-bombs than "Scarface" (a reputation that actually is well-deserved), Ennis is easily one of the top three writers of the past 20 years. And if that's ever in doubt, just take a look at the last issue of any of his titles, where he brings his stories to absolutely masterful conclusions that make just about everyone else look like slackers.

A lot of it's rooted in the fact that he has an incredible gift for characterization. Over the course of long runs like "Hitman" and "Preacher," Ennis builds characters so amazingly well that by the time their stories are ending, the reader is completely caught up in them. I was just talking to Euge about the end of "Preacher" when we recorded War Rocket Ajax this week, and how the fight between Jesse and Cassidy in the penultimate issue is one of the greatest fights of all time, and not just because Steve Dillon draws the living hell out of it: 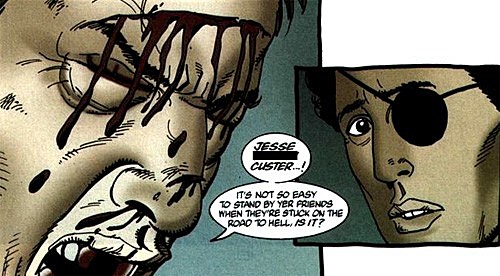 By the time those two dudes throw down, this has been building for over sixty issues. It's literally a comic about a guy with a super-power fighting a vampire, but there's betrayal and redemption and the kind of hate that can only come from a friendship, and it's done in a way that comics rarely get to explore. And it's put together perfectly.

And that's just compounded by the fact that Ennis has had the incredible fortune to work with some of the best artists in comics, and from John McCrea to Steve Dillon to Darick Robertson, they consistently bring their A-Game. Dillon never feels like he's phoning in an issue of "Preacher," but the brutality of the fight and the expressions on the characters' faces just nails the anger and regret that they're feeling. In short, he sells the hell out of it. 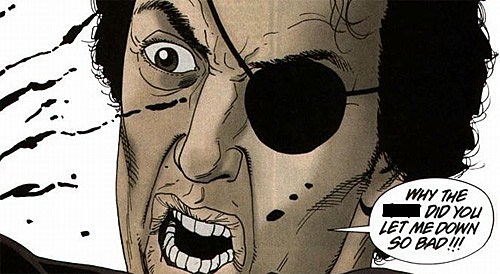 Every single punch in that fight means something more than just one man hitting another to accomplish a goal. Every single line comes out as though these characters are being torn apart by their emotions. There's an authenticity to it that comes from the incredible amount of skill that Ennis and Dillon put from building those characters every month for five years, all coming to a head.

And then there's the actual last issue where among other things, fifty-six issues after Jesse tells Tulip about "the last time I ever cried," he breaks down and starts crying over the girl he loves. That may seem like an easy thing to pull off, but very few writers have the foresight to both set something up that far in advance and the talent to pull it off without it seeming artificial and contrived.

And "Hitman" is even better. 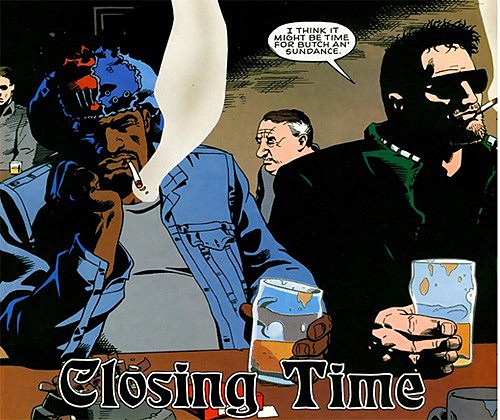 Pretty much everything I said about "Preacher" applies again here, only that the amazing art this time around belongs to John McCrea. I do think, however, that this one actually shows off Ennis's versatility a little better. This is, after all, the book that had a story called "Zombie Night at the Gotham Aquarium" wherein the cast blew away flesh-hungry baby seals for two issues, but when it ends, it's one of the most emotionally engaging books I've ever read.

Ennis is a very cinematic writer and he often wears his influences on his sleeve, but unlike far too many creators, he hasn't just watched a lot of movies and tried to replicate them on the page. He's clearly studied what works in films and figured out how to make it work in the medium of comics, especially where pacing and staging are concerned.

I don't think I'm breaking much new ground here when I say that I'm pretty sure Ennis is probably a big fan of the climactic scene in "The Good, the Bad and the Ugly" where Clint Eastwood, Eli Wallach and Lee Van Cleef just cold stare at each other for six minutes. It's one of my favorite scenes in movie history; the quick cuts between the three actors and Ennio Morricone's unforgettable score gives it so much tension, building and building until somebody finally gets shot. And that's a scene that, if someone tried to literally translate it to comics, would be monumentally boring.

But the feeling -- the tension, the excitement, the delay of the inevitable shootout -- is something that can be duplicated, and that's what Ennis does here. The last issue of "Hitman" opens with sixteen pages of two men sitting in a bar talking to each other. There's other stuff interspersed, but essentially, that's what it is: Two guys coming to terms with the fact that they're about to die. At that point in the book, it's an inevitable conclusion -- virtually everyone else in the cast had been killed and the scale of storytelling had been on a steady increase to Tommy and Nat pissing off too many people and running out of luck -- and they knew it just as well as the reader did. So it ends pretty much the only way it can, and for that to be done in a DC Universe super-hero comic is a rare thing indeed. 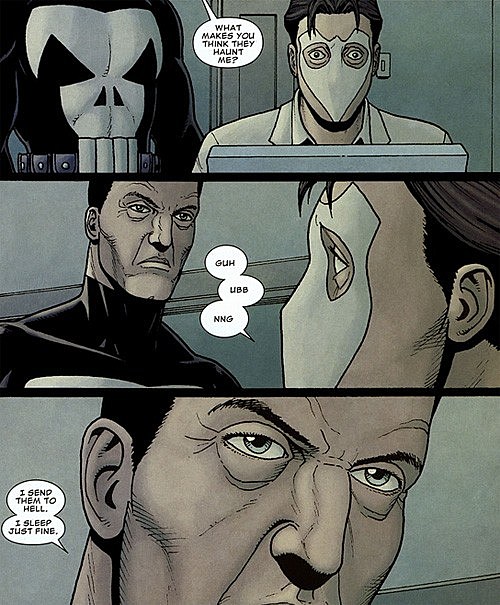 Even with the Punisher, where he did the opposite of what he did with "Preacher" and "Hitman" and pared his character down to a lean, almost one-dimensional constant, Ennis ended by putting his stamp on it. He summed up everything about what he'd done with the character for eight years in two word balloons. It's a masterwork of brevity.

Like Morrison, Ennis doesn't just leave books; he drops the mic. And it makes him an awfully hard act to follow.

Q: Who has the best hair in comics and video games? -- brad_merc

A: This was actually a question someone asked months ago that I hadn't gotten to, but I haven't been able to track down the original question. I've been thinking about it for quite a while though, so Brad was nice enough to ask it again.

For comics, it's easy to go with someone like Medusa, but her hair isn't really all that great, just powerful. No, if you want good hair, there's only one person to go to: Tony Stark circa 1990: 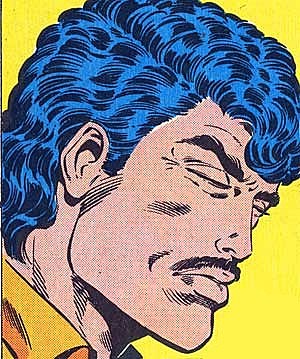 The T.S. stands for "Too Sexy"

Seriously: that is one luscious head of hair. The comic book blue highlights, the rigidly defined part, the spit-curl, the almost-mullet, the fact that it retains its bounce even though he wears a metal helmet for six hours a day. Combine it with that moustache, and it is devastating. 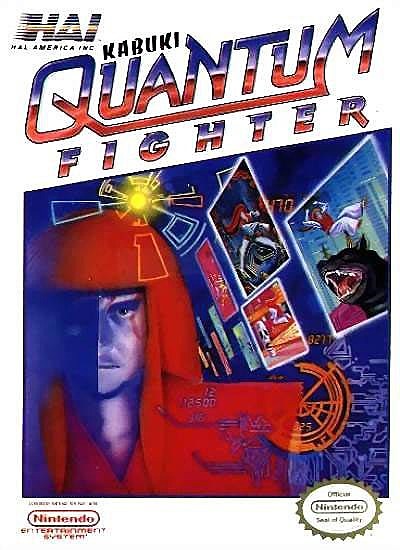 With video games, the field is even more open, and I'm glad the question specified "best" and not "most mind-shatteringly ridiculous," or I'd be here for an entire week without getting through half of the Square-Enix catalog. Again, it's tempting to go with one of the obvious choices, like Guile, whose Kid 'n' Play-esque flat-top is honed to military precision and able to withstand getting stomped on by a guy with Psycho Power.

Before last year, though, I would've given it to Colonel Scott O'Connor, the hero of the fourth greatest NES game of all time, Kabuki Quantum Fighter.

For those of you who don't know, "Kabuki Quantum Fighter" (the best title for anything that isn't "Lightning Swords of Death") was released in 1990 and still stands as an unparalleled example of Nintendo Logic, and as an eight year-old with a subscription to "Nintendo Power," it was the object of my obsession for a good two weeks' worth of video store rentals.

In it, you play as Scott O'Connor, a military man who volunteers to be digitized into the cybernetic world of a planetary defense computer in order to keep it from being taken over by a virus. This is pretty much standard fare, but what set it apart was that rather than a soldier, O'Connor's digital body was in the form of a Kabuki dancer, owing to memories of his grandfather, who was apparently very active in Japanese theater. More like Noh-Connor, am I right?

Anyway, once given his Digital Matrix Kabuki body, O'Connor's main tactic in the game was to take on viruses by whipping his hair at them: 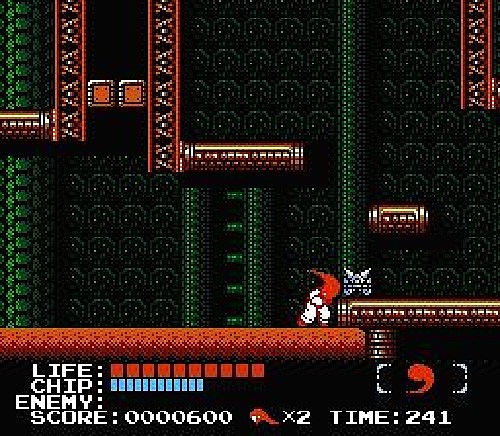 Yeah, you heard me: His hair is made of the Internet and he uses it to headbang things to death. Deal with it.

This would stand as the most awesome hair in video games for two solid decades, until he was finally dethroned this year by Bayonetta: 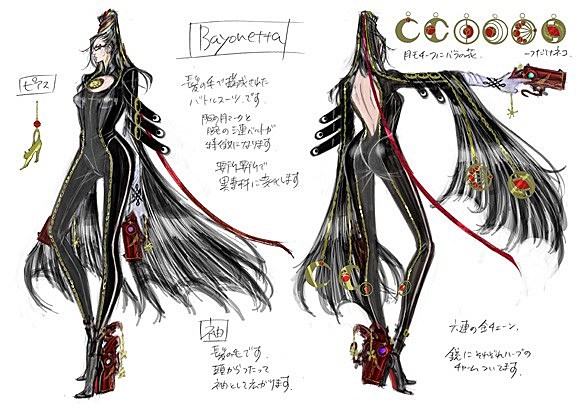 In addition to forming her costume, Bayonetta's hair also opens up portalsto hell and becomes giant Satan fists that she uses to punch things to death.

Also, she wears guns on her feet so that she can kick people in the face and shoot them in the face at the same time, and is therefore in the running for being my favorite thing ever.

That's all for this week, but if you've got a question you'd like answered, put it on Twitter with the tag #AskChris or send an email to comicsalliance@gmail.com with [Ask Chris] in the subject line!