Q: Why do you suppose it is that so many hip-hop musicians love comics, and so many comic fans hate hip-hop? 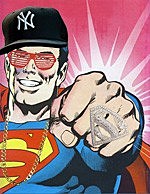 A: When you get right down to it, comics and hip-hop have been inseparable from the start. Seriously, in the Sugarhill Gang's "Rapper's Delight," the first ever major rap hit, Big Bank Hank spent the good part of a verse romancing Lois Lane away from Superman through a combination of lyrical skill and worm-size.

This, of course, prompted Superman to release his own dis track, "Big Bank Stank," and kicked off the New York / Metropolis rap feud that lasted well into the '80s.

Either way, the connection started there and continued up to today. In a lot of ways, comics have had more of an impact on rap than they have on almost any other aspect of pop culture, and as for why, I think it has a lot to do with the fact that on a thematic level, they deal with the same things.Super-hero stories and rap are both built around creating with powers and abilities far beyond those of mortal men, they both involve battles, enemies, people who fight then team up and sudden betrayals. Rappers even have super-heroic codenames, and I think that at its core, that comes from the same place.

To use a couple of my favorites as examples, look at Jay-Z and Batman, which, just so you know, is a team-up story I would write you for one dollar, DC Comics. Both are identities created by otherwise "normal" men (Shawn Carter and Bruce Wayne, respectively) that allow them to become something bigger than themselves, to accomplish things that normal men couldn't. Admittedly, the accomplishments might not be quite on the same level -- eradicating all crime being a slightly more lofty goal than, say, selling Armadale vodka -- but the point stands that there's a level over-the-top posturing there that's every bit as exaggerated as it is in comics. The only difference is that one has "The World's Greatest Detective" and the other has "The Best Rapper Alive." 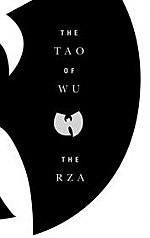 For another example, you don't need to look any further than hip-hop's equivalent of the Justice League, the Wu-Tang Clan. Not only is this a team where everyone had their own super-heroic name, but in The Tao of Wu, the RZA writes about the importance of creating those identities to reflect specific aspects of a character.

Not only does he talk about how there's a marked difference in the aspects of his personality that he displays as the "character" of the RZA and Bobby Digital. To him, Bobby Digital isn't just a name he used to release an album, but a full-on alter-ego with super-powers and flaws of his own, who failed to learn his lesson from the story of Spider-Man, which the RZA recounts as being about "a selfish egomaniac" who "didn't give a f*** -- he was the man, out wrestling fools, starting fights."

Clearly, there needs to be a Spider-Man story called "Wrestling Fools, Starting Fights," and again: One dollar. Call me, Marvel.

These themes of identity, of being able to personify a person's characteristics, both good and bad, is one that you see over and over again in both comics and hip-hop, and it's for that reason that I think rappers identify so strongly with comic book stories and characters. Again, you see it in Wu-Tang, where Ghostface Killah and Method Man identify themselves as "Tony Starks" and "Johnny Blaze," as though the names they've already got weren't super-heroic enough. 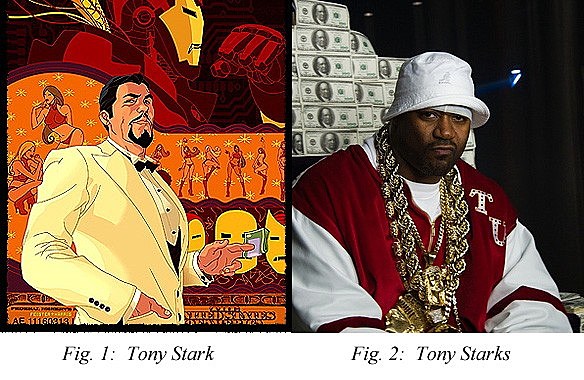 It's also worth noting that the guys most known for changing identities, MF DOOM and Kool Keith, are decidedly comic book heavy in both their music and in how it's presented.

It doesn't stop with the themes of identity, either. More than any other genre of music, hip-hop is thrives on conflict, and the same goes with super-hero storytelling. Other genres may use the term "battle" to refer to competitions, but a rap battle is actually confrontational, with two guys dissing each other and exploiting weaknesses in the lyrical equivalent of a fight. And that's just on the small scale: Just like in comics, things escalate into long-running feuds and when it gets big enough, they even throw in a crossover where a sidekick returns to fight alongside the hero.

Even the "storylines" mirror each other. When Jay-Z came out of his "retirement," which lasted about as long as your average comic book character's "death," he called his album Kingdom Come, after the story where Superman comes out of retirement. 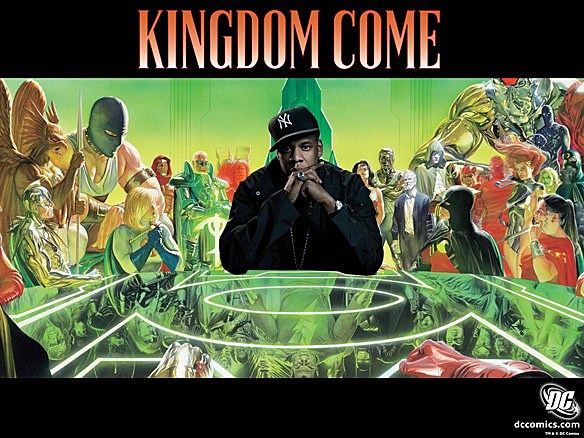 And those are just the connections to the thing that happen in the comics; the stuff beyond the text has just as many similarities. Like comics, hip-hop has a strong reliance on its past -- which is even referred to as the Golden Age. In the same way that comics creators draw on old stories for plot points to take a new spin on, rappers and producers sample old songs, and both are full of references to the past. When Notorious B.I.G. dropped the line "every Saturday, Rap Attack, Mr. Magic, Marley Marl," in "Juicy," there might as well have been a footnote album sleeve reading "As seen way back in Word Up magazine #43! -- Rappin' Roy."

There's even the fact that Grandmaster Cas didn't get any credit for writing Big Bank Hank's verse in "Rapper's Delight," making him the hip-hop equivalent of Bill Finger.

With that many connections -- not to mention the aspirational nature of hip-hop as a way to escape socioeconomic strife, which goes hand-in-hand with the origins of an awful lot of Marvel characters -- it's no wonder that so many rappers find themselves attracted to the world of comics. As for the second part of your question, why comics fans don't have a similar love of hip-hop, well, I'm not sure they don't. 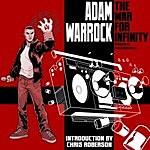 I mean, I'm sure it's a matter of personal tastes, and I worked in a comic book store long enough to realize beyond a shadow of a doubt that there's a certain brand of geek that will only be happy listening to Iron Maiden, They Might Be Giants and Rush in various combinations (with maybe, maybe a little J-pop thrown in for variety), but most of my friends who read comics are also pretty into hip-hop.

Maybe it's just a generational thing, and admittedly, the fact that one of my best pals is Adam Warrock himself sort of throws off the average, but it's true. I can only think of one or two friends of mine who are less excited about Deltron 3030 than Spider-Man 2099.

Q: What is the fundamental reason Martian Manhunter never caught on as a singles hero? (Yes, I'm making a wrestling analogy.) -- JonHexLives

A: Because when you get right down to it, he doesn't do anything that someone else doesn't already do better. He's a detective, but we've already got the World's Greatest in the same comic, and he's the last survivor of an alien race, and as you might've heard, DC already had one of those, too. The telepathy and shapeshifting are interesting, but it wasn't until relatively recently (specifically the late '90s) that these really came into play as anything other than just your standard-issue secret identity stuff. So really, the only thing he had to distinguish himself was his role as the cornerstone of the Justice League, which is a role he fit into very well thanks to guys like Giffen, DeMatteis and Morrison.

Q: What's the best Dungeons and Dragon setting and why? -- MagicLoveHose

A: As far as the official settings, I'm awfully fond of Keith Baker's Eberron, as it combines traditional fantasy with a more pulp and, yes, steampunk sort of feel, and also has a playable race of killer robots. My favorite setting of all time, though, is Green Ronin's Freeport: The City of Adventure, which first appeared in an adventure combining pirates and Lovecraftian horror, and has the funniest jokes in the sourcebooks.

Q: Why do people hate Triumph so much? -- samhurt23

A: If you mean Triumph the Insult Comic Dog, it's probably because not everyone understands the sublime genius of a punchline like "for me to poop on." If, however, you mean the DC Comics third stringer who was so lousy even Justice League Task Force wouldn't have him, well, I'll leave that one to the expert.

Q: I've never read a tweet with quite the level of hatred in its words as yours concerning The Big Bang Theory. What's up? -- charpalnaut 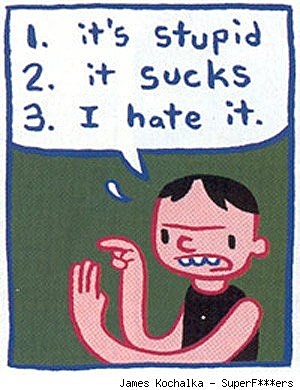