Q: Aside from My Little Pony, what's your favorite show that's not aimed at your demographic, but you love to watch anyway? -- @isaacsher

A: Considering that I'm a dude who just turned 29 and is still more excited about new episodes of Adventure Time than anything else on television, I think it would probably take less time for me to list the shows I'm really into that are directed at my demographic than the ones that aren't. I mean, I'm pretty sure that the only shows I regularly watch that are actually meant for people my age and gender are Louie, The Venture Bros. and professional wrestling.

And Monday Night Raw is debatable.That said, a lot of the stuff I watch is at least sort of made with my target market in mind. Adventure Time, for instance, is smart and hilarious no matter how old you are, and while a show like GI Joe: Renegades is clearly meant to get kids hooked on the adventures of America's daring, highly trained special missions force so that they'll want to re-enact them by buying action figures, it's done in a show with sharp enough character work and action sequences that adults who loved the original cartoon so much that they still use a picture of Destro as their Twitter avatar will enjoy it too. 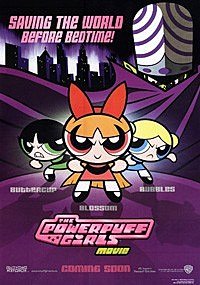 There are, however, shows that stick out for being a little further out of what should be my area of interest than others. There was, of course, my brief but furious obsession with Totally Spies circa 2002-- think Charlie's Angels in high school by way of Canadian anime starring the voice of Mass Effect's Commander Shepard -- but as far as favorites go, the one that most immediately comes to mind is The Powerpuff Girls.

The fact that Powerpuff Girls is easily one of my all-time favorite cartoons (and probably one of my all-time favorite shows) probably doesn't come as a surprise, considering that a) it's part of the same extended Genndy Tartakovsky - Craig McCracken - Lauren Faust family of animation that would eventually give rise to My Little Pony: Friendship is Magic, and b) it's awesome. But at the same time, I'm not really sure that it's as far out of my demographic as it might seem.

It's often pigeonholed as being exclusively a "girl's show" by people who did not appreciate the Buttercup notebook I used for High School English class feel the need to classify things, but that seems to be based solely on the fact that the main characters are girls, and that's that. If you actually watch the show, that argument just doesn't hold up -- it certainly embraces stereotypically "girly" elements, like the flashing pink hearts that make the background of every episode's epilogue, but it's also built on the very stereotypically "boyish" format of having super-heroes dishing out hyperviolent beatdowns to giant monsters. In other words, it's sugar, spice and everything nice mixed in with Chemical X, just like it says in the intro.

The entire premise of the show is built on blending those elements in order to subvert expectations about what little girls with super-powers should be, and what they can be. The end result is that girls get a trio of kickass heroines that they can identify with -- which is something that was sorely needed in the world of action cartoons -- starring in a show that was made to appeal to everyone.

After all, if the creators of The Powerpuff Girls were making a show that was just for little girls, they probably wouldn't have based an entire episode on an extended reference to The Big Lebowski. 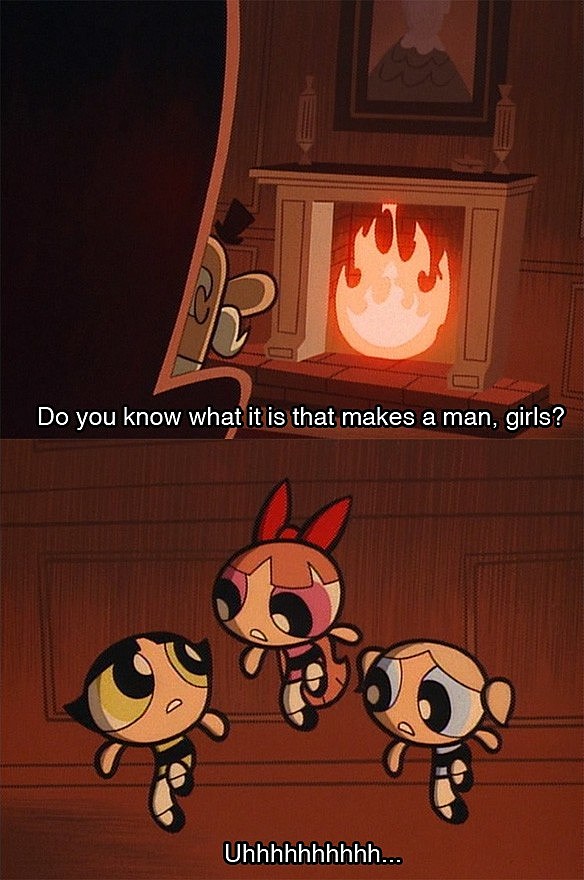 There just aren't a lot of eight year-olds out there watching Coen Brothers movies, although I think it's fair to say that if there are, they are probably the coolest kids in the entire world.

Anyway, the idea of cartoons that could be enjoyed by different age groups wasn't exactly new -- just watch any given Chuck Jones Looney Tunes short that you remember from your childhood -- but massive success of Powerpuff Girls and earlier hits like Batman: The Animated Series led to an amazing renaissance of cartoons -- especially action cartoons -- that trasncended the demographics they were made for. It's been a complete embarrassment of riches over the past few years that's included shows like Samurai Jack (a direct descendant of Powerpuff Girls) and, more recently, Avatar: The Last Airbender. I'm pretty comfortable calling Avatar one of the most compelling adventure stories ever put on television, and while it's clearly meant for kids, that's nowhere near being a hard limitation on its appeal. My nephew loves it, and he's 10. I love it and I'm 29. My mom loves it and she's sixty.

Even when you're looking at something like My Little Pony, you can see the influence. Yes, it's explicitly directed at young girls, but as Lauren Faust said, it was made with a clear intent to make it enjoyable for the parents who were going to end up having to watch it along with them.

All of which is to say that when it comes to cartoons, it can often be difficult to figure out just which demographic -- or more likely, demographics -- that they're going for, which has the nice side effect of completely justifying my love of those dang ponies. If I had to pick one favorite from the current crop of kids' shows as a favorite, though, that's easy: Scooby Doo: Mystery Incorporated. 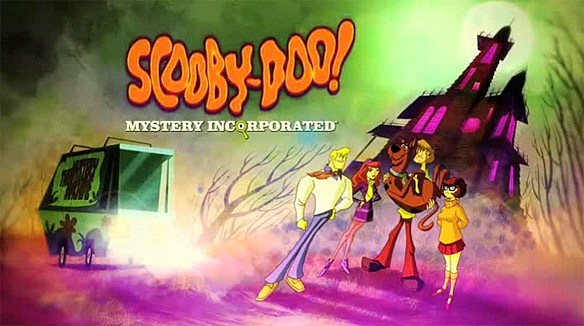 I'd always considered myself more of a casual fan, in that I watched Scooby-Doo, Where Are You? when I was a kid and was attached enough to complain about how the new live-action movies on Cartoon Network violated the premise of the show by involving actual ghosts -- and don't you start talking about Thirteen Ghosts of Scooby-Doo either -- but never would've listed it among my favorite things.

Mystery Inc., however, is amazing, and a lot of it comes down to the fact that the actual mysteries they solve in each episode are largely inconsequential. Don't get me wrong, they're pretty entertaining -- especially the one where Harlan Ellison follows in the footsteps of Jerry Reed by playing himself, allowing me to be the first person to ever write the phrase "Harlan Ellison follows in the footsteps of Jerry Reed" -- but they're actually not the focus of the show. I mean, there's an episode about two Chinese wizards dueling by flying around shooting lightning at each other, where the "solution" involves military surplus jetpacks that were never mentioned on the series before or since. Clearly, the idea of a "fair play" mystery is right out the window.

Instead, the emphasis is on an overarching plot that connects the series together, a gigantic season-long mystery involving blackmail, kidnapping and another group of mystery-solving teenagers that went missing twenty years before. I've referred to it as "Twin Peaks with a talking dog," and going purely by the revelations in the first season's finale, that's actually not too much of an exaggeration.

And it's all supported by some surprisingly well-done character work. Aside from basic, vague attribtues like "hungry" and "smart," the Scooby-Doo characters have always been pretty blank slates, but Mystery Inc. gives them some real depth for the first time, building relationships between the characters themselves and their families. Daphne feels overshadowed by her more successful sisters, there's a love triangle (as odd as that may sound) between Shaggy, Velma and Scooby, and in a pretty shocking move, Fred turns out to be the most complicated character of all.

At the start of the series, Fred is portrayed as a guy who is quite simply obsessed with traps. It seems like a pretty one-note characterization that's just there for a few easy jokes and slapstick scenes with the "monsters," and to be fair, it plays out that way for a good chunk of the season. But then, towards the end of the series, there's an episode that focuses on Fred's relationship with his father where he talks about how he grew up never knowing his mom, and consequently feels like everyone he cares about leaves him. 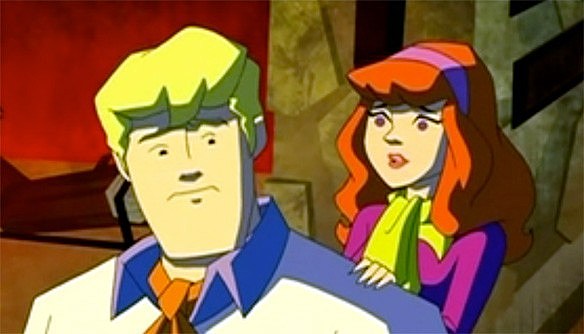 In that moment, every one-note joke about his goofy love of traps is suddenly about a kid who obsesses over trying to keep the things he loves close to him, and who can't figure out any other way but to literally build cages around them. It's genuinely tragic, with an emotional impact that I never would've expected from Scooby-Doo.

And then there are the little comedic touches that really make the show shine. There's the casual inclusion of bits and pieces of Scooby-Doo's forty year history, like Vincent Van Ghoul and the Hex Girls, or a college student/revolutionary named for Che Guevara, or -- my favorite part of the show -- the fact that their hometown's economy is based entirely on being a haunted tourist trap, which is completely screwed up when the meddling kids start revealing the ghosts and monsters to be petty thieves: 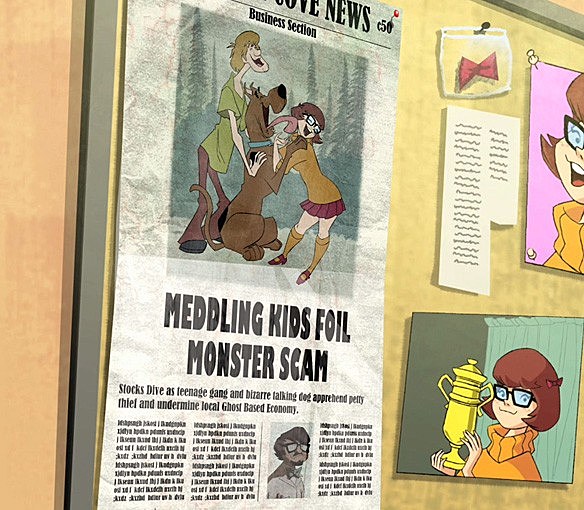 All that, and it's even got an episode where Scooby teams up with Speed Buggy, Captain Caveman and Jabberjaw. Seriously.