Q: I assume you were tricked into reading Tarot: Witch of the Black Rose but you keep reading it! What the qualities that keep you coming back? -- @InhabitantJ

A: Believe it or not, I started reading Tarot of my own free will. 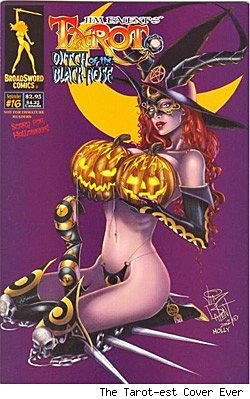 To be fair, though, my friend Scott -- who at the time was reading almost every comic in Previews every month -- was the one that convinced me to check it out. His rationale was that if you wanted to really understand comics, then you had to read the best thing that was coming out and the worst thing, so you'd have context for why the good things were good. For him, Tarot fit the bill for the latter, and that was a hard point to argue. Admittedly, this was before the Justice League relaunch.

But the thing is, I really enjoy reading Tarot. I don't think it's good, you understand -- the writing's not great, the art frequently goes in strange directions, there are typos in the lettering and the book's sexual politics are suspect at best -- but I never want it to not be coming out. I genuinely hope it runs forever. And if I had to point to why, I'd say that it's because there are things in that book that I have never seen anywhere else.

Super-hero comics can be pretty repetitive, and I've been reading them for about 25 years -- and doing very little else for the past seven or eight. I've seen a lot of stuff happen over and over again, whether it's an homage, or a reference, or just a retread. That's not necessarily a bad thing -- if there was only one story where Batman fights the Joker, we'd be missing out on some pretty great comics -- but how many times have we seen Superman's origin over the past decade? And how many times did we really need to?

Tarot, however, does not have that problem.

For instance, in my years of pretty much constant comics reading, I have never seen anyone else refer to a woman's breasts as "goblins." 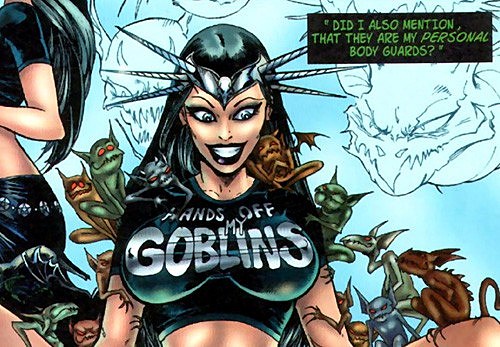 I have also never seen any other book feature a villain who had an octopus tentacles (and beak) emerging from her vagina to defend a horde of pirate treasure. 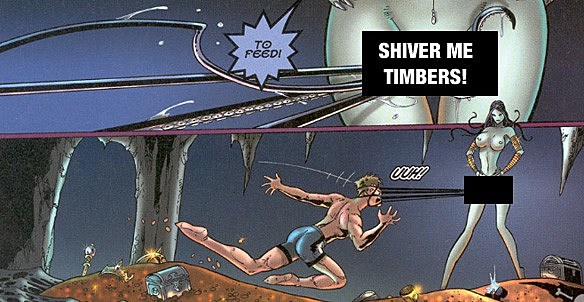 Nowhere else in my entire life have I seen this: 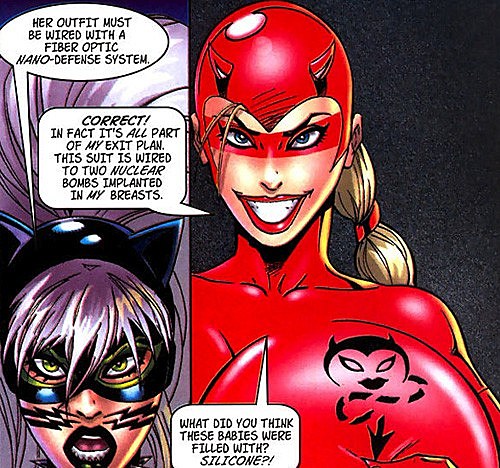 Granted, I didn't actually want to see any of those thing (okay, maybe the last one), but the fact remains. Say what you want about Tarot, but it's pretty surprising.

Q: Has Batman ever been destitute, and if so, did he make a good hobo? -- @thehorseman

A: Unlike Iron Man, who has bankrupted his company and lost his fortune three or four times at this point, Batman has never really not had his money. That said, there is one short-lived instance of vagrancy that comes to mind, from Batman #678 and Grant Morrison and Tony Daniel's "Batman R.I.P."

"R.I.P." is unquestionably one of the greatest Batman stories of the past 20 years, and this particular issue takes place at Bruce Wayne's low point in the story. It's a pretty complex setup, but the short version is that Dr. Hurt has created a psychic trigger that "turns off" Bruce Wayne's personality and jacked him up on "weapons grade crystal meth" before tossing him in a dumpster to roam around Gotham City. This course of action definitely raises a lot of questions, chief among them being "what kind of weapon actually runs on crystal meth?" 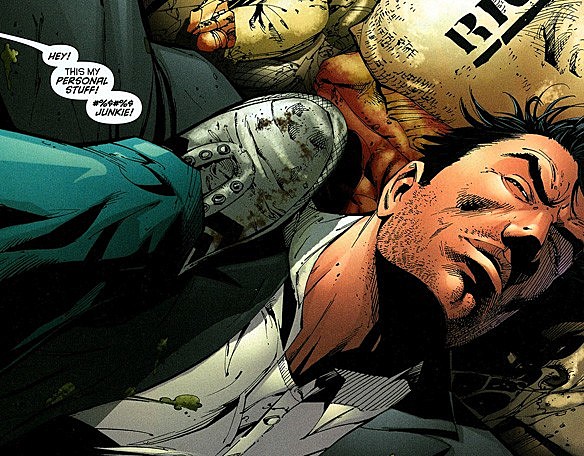 Fortunately, the Batman thinks of everything, and was able to use a Backup Personality that he created years before all this (!) in order to come back and thoroughly demolish the Black Glove. It does, however, take him a little while to mentally reboot, and while he does, he wanders across Gotham City with Honor Jackson, a homeless man who may or may not be a figment of his imagination and possibly a ghost. Seriously, some people actually don't like this story. I have no idea why.

Point is, even when Batman doesn't know he's Batman, he's still Batman, as evidenced by the fact that when he's assaulted by a couple of street toughs, he not only snaps out of his Weaponized Crystal Meth Haze long enough to Batman the hell out of them... 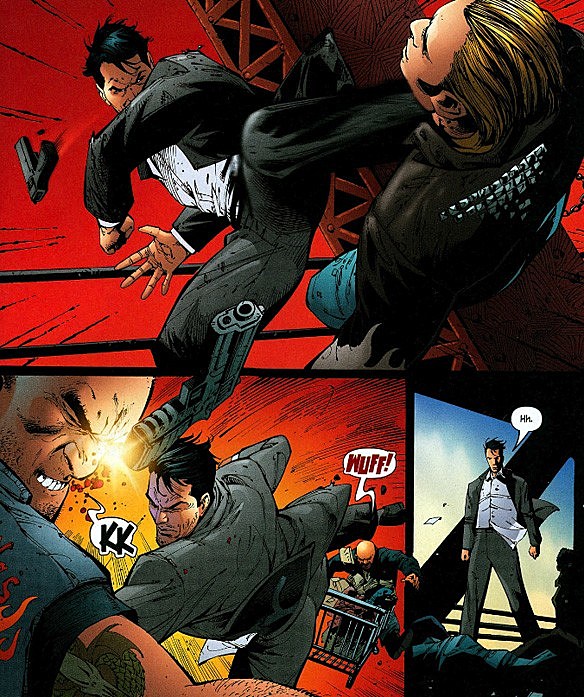 ...he also uses his World's Greatest Detective skills to figure out that it's totally weird for him to be homeless: 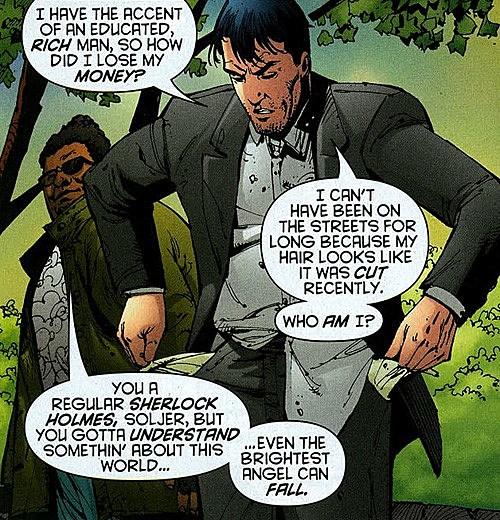 Then he builds a device that can take over Arkham Asylum's security out of a broken transistor radio, digs himself out of his own grave, and punches out a helicopter.

So yeah, I'm going to go ahead and say that he was probably the best hobo.