Illustrator and designer Ben Sears comes up with some truly offbeat fanart, mummifying Hellboy, reveling in the Hulk's rainy day woes, and combining Bender and Deadpool to form the word's loudest-mouthed antihero. But he also sketches up plenty of striking comics and illustrations of his own, especially the ones that focus on an eerie, blank-faced mask.

That mask (along with a hooded figure that resembles No-Face from Spirited Away) features prominently in Sears' improvised webcomic True Myth. But the mask illustrations that pop up now and then on his Tumblr almost seem to be a comic in themselves, a wordless tale begging to be organized into a story.

You can purchase Sears' t-shirts and prints (including a Deadbender print) from his Big Cartel shop. 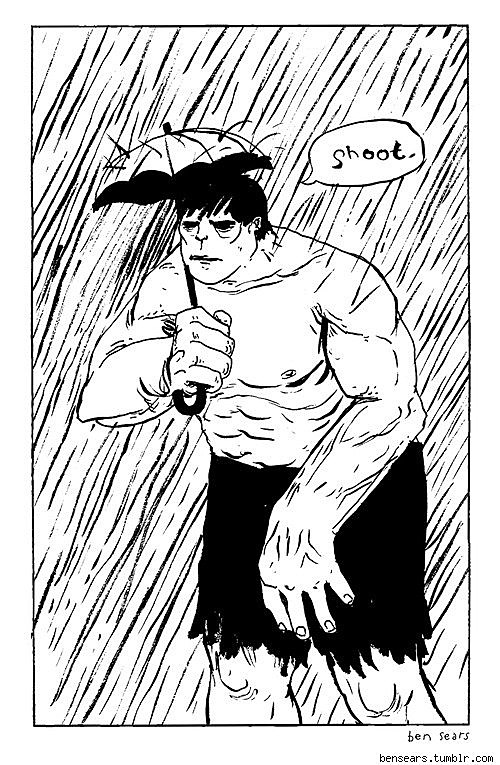 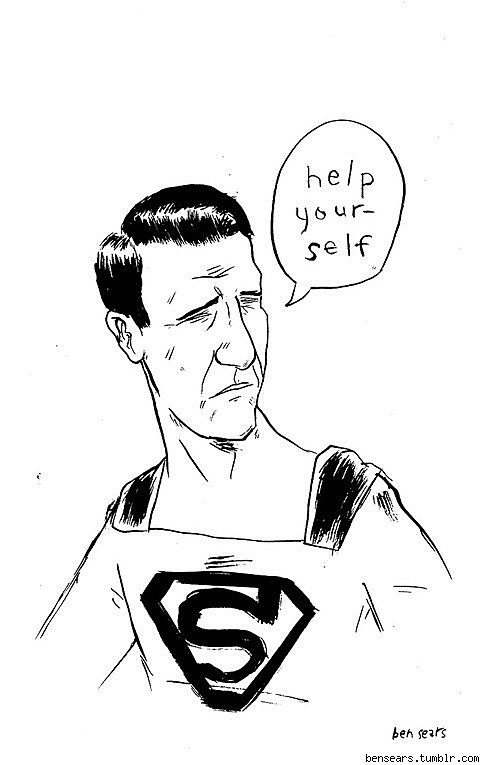 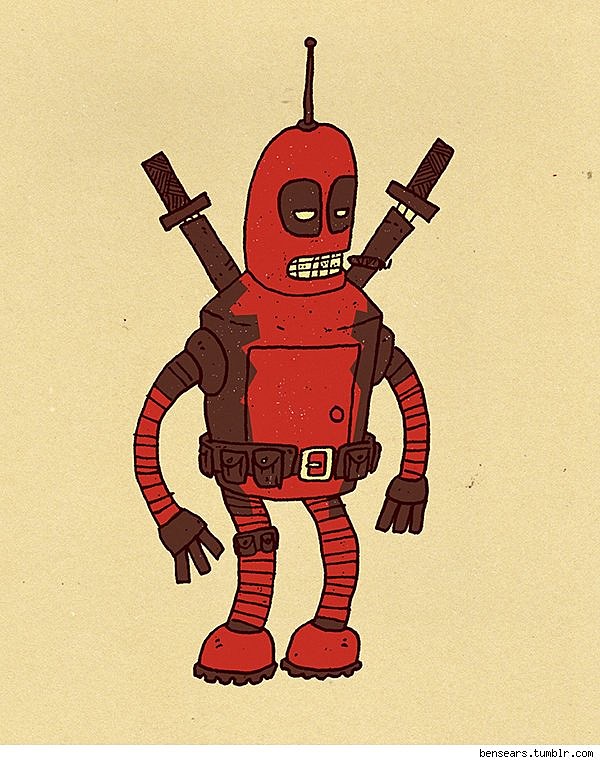 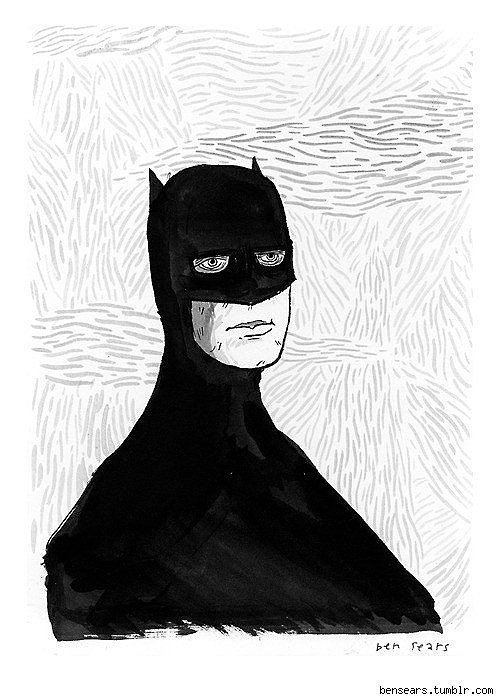 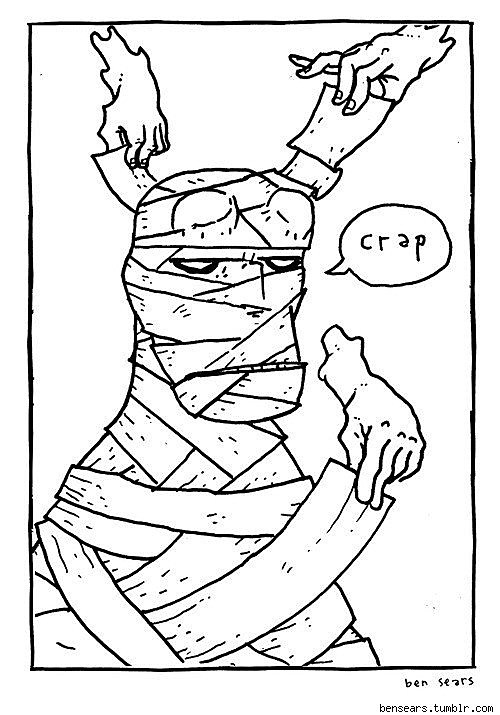 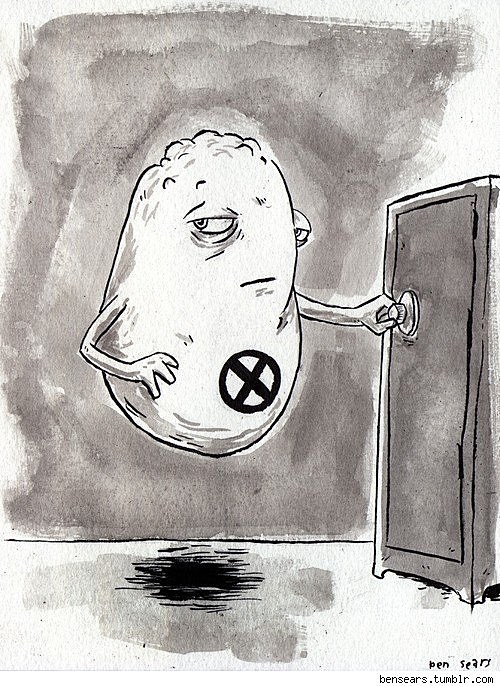 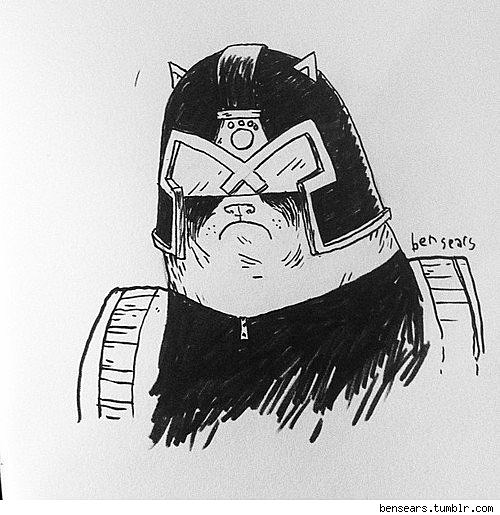 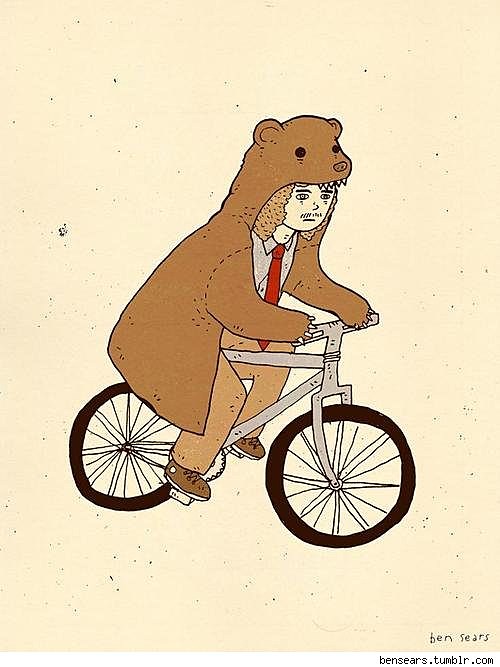 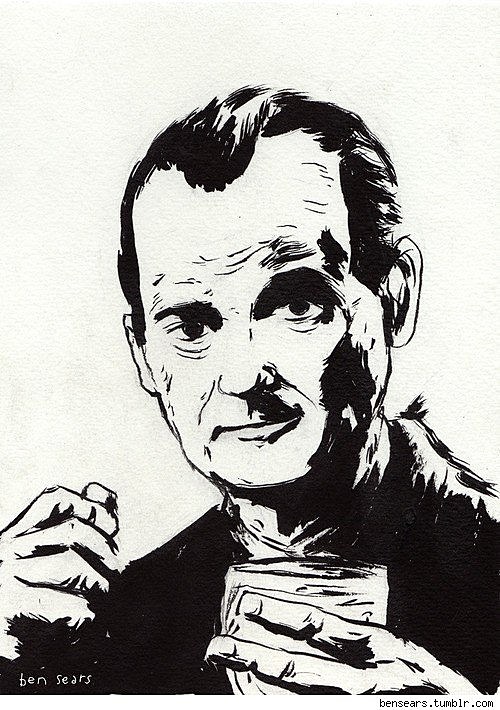 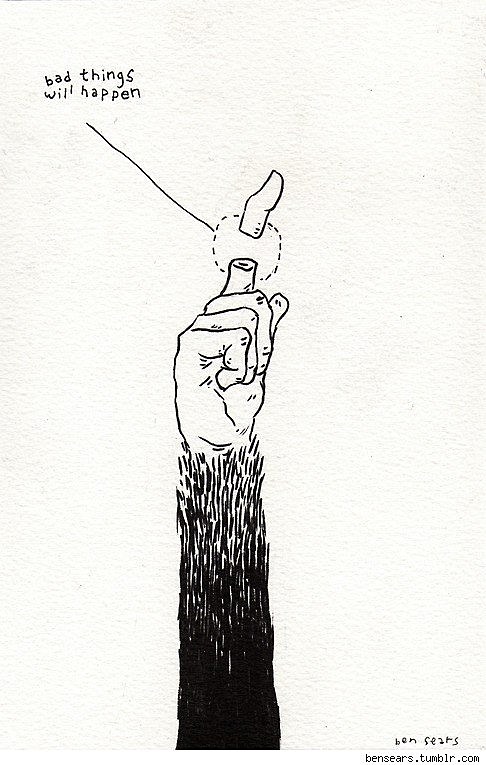 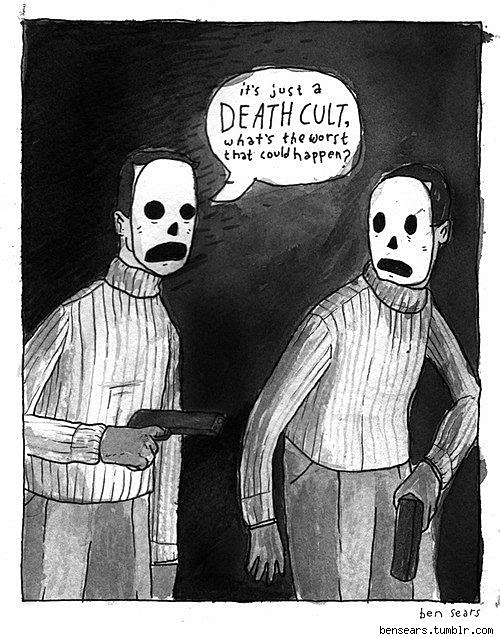 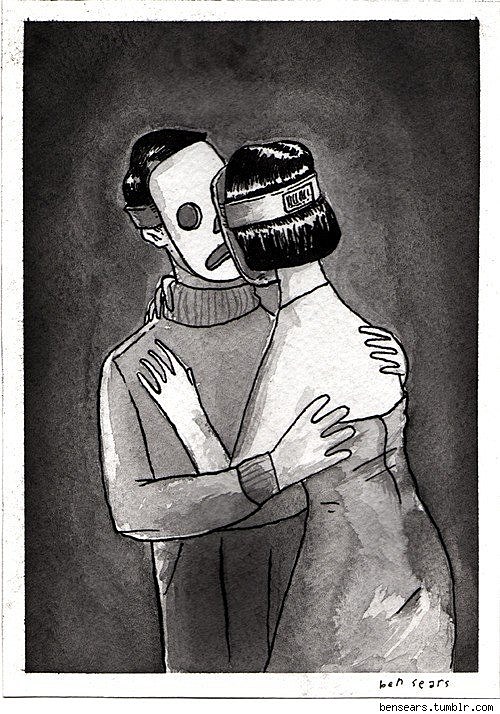 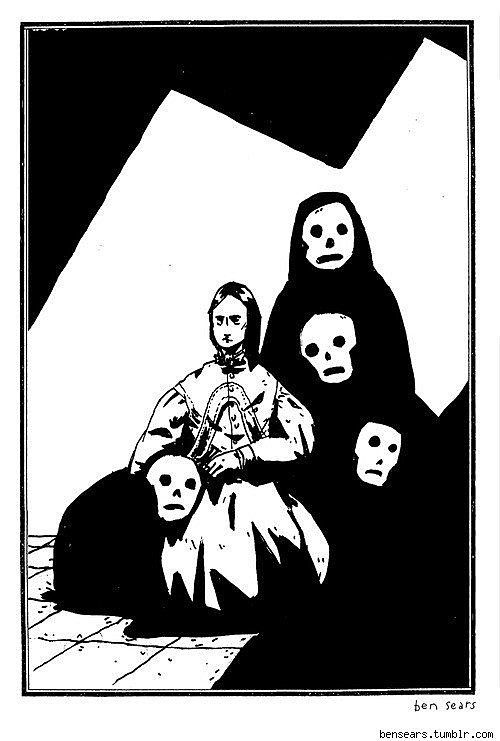 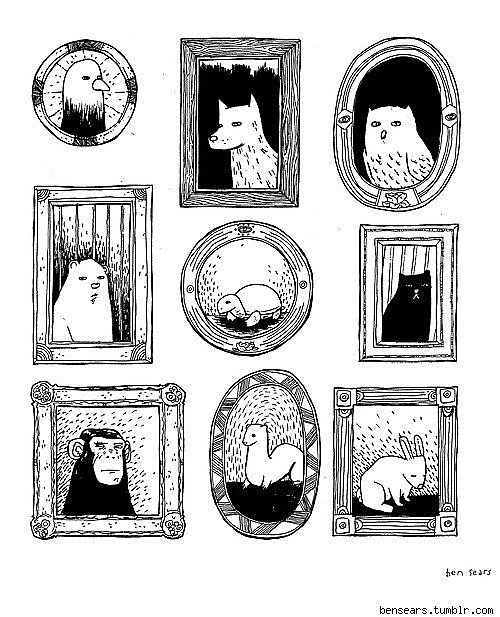 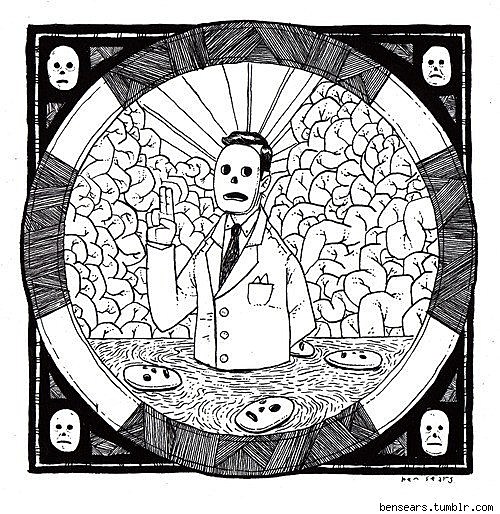 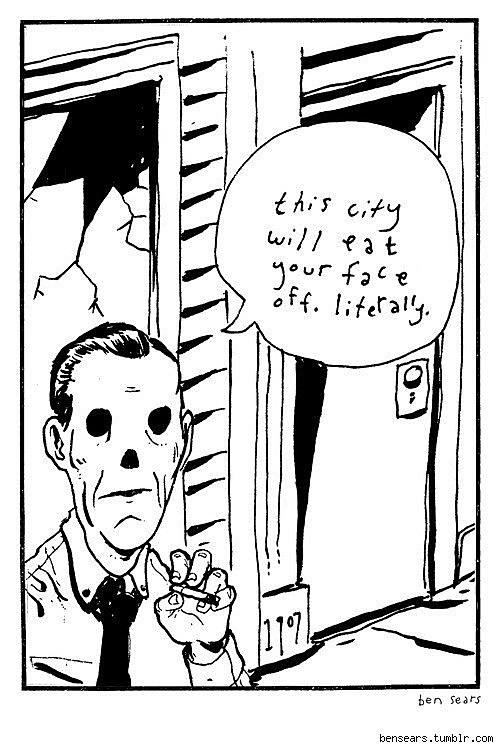 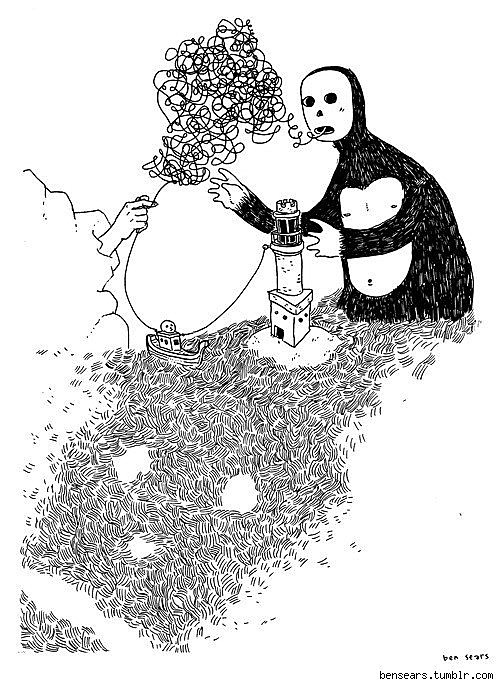 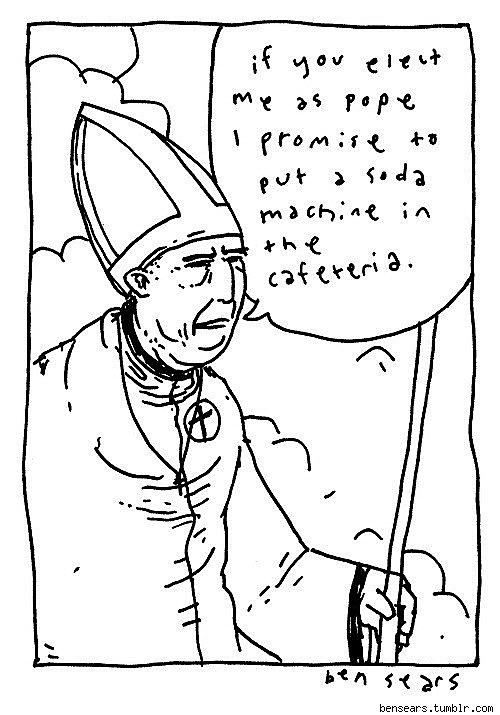 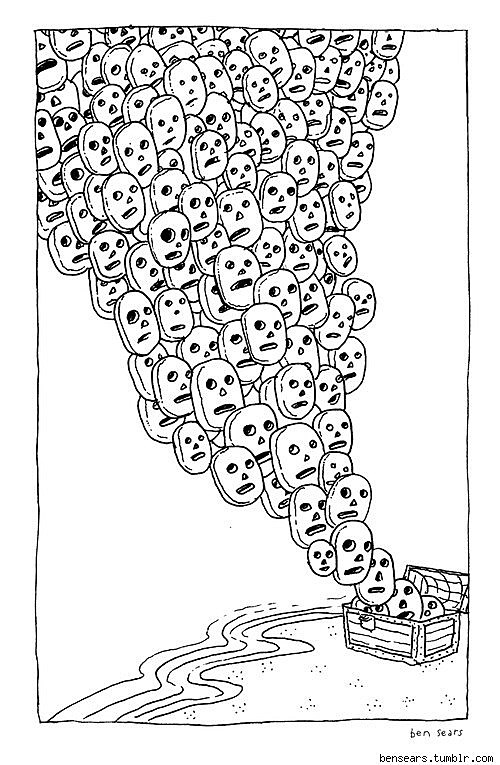 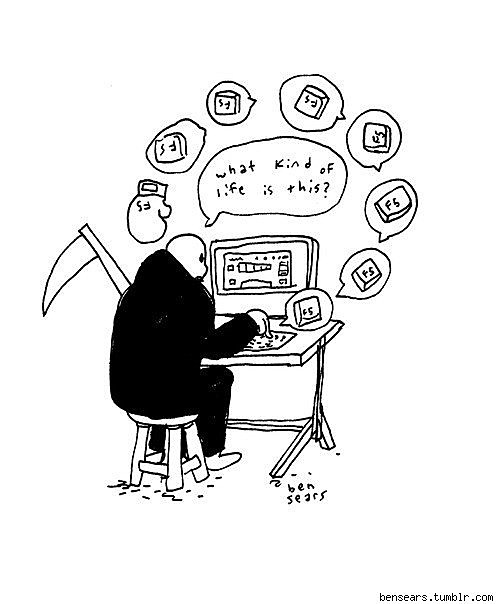 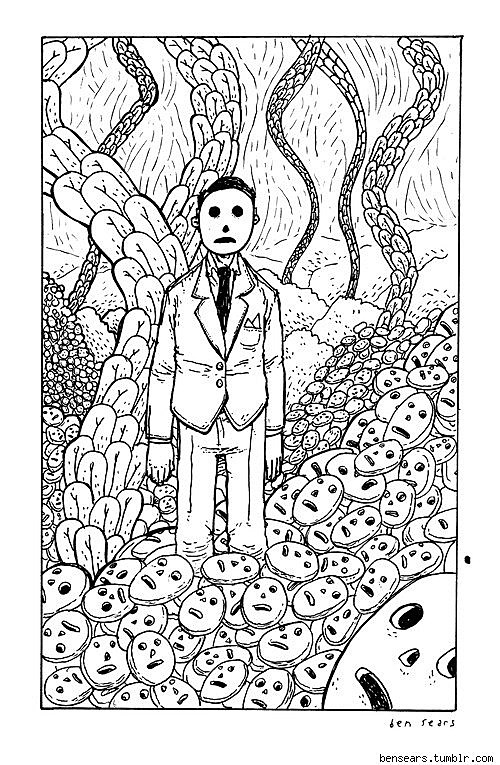 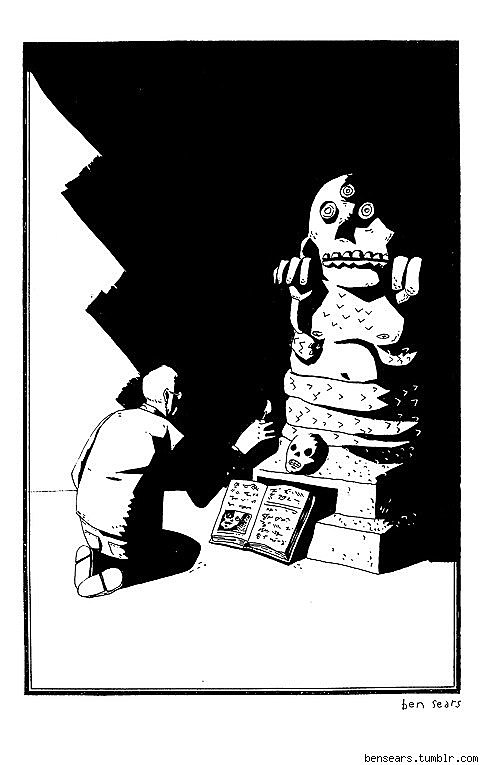 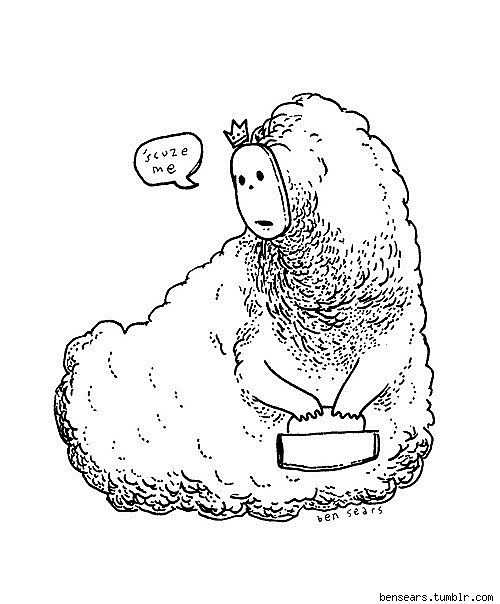