Collider is a new ongoing Vertigo series starting next month that sees its authors returning to a high concept hook that may be familiar to readers of their previous work, but from all appearances seems to be a considerable step up in style from the already enjoyable comics they've created before.

Previously writer Simon Oliver worked on Vertigo's five-volume series The Exterminators (with Tony Moore), which detailed the adventures of a hapless ex-con employed as a pest control professional who runs up against dangerous cockroach monsters mutated by a chemical agents created by an irresponsible super-science outfit. Along similar lines but in a completely different tone, artist Robbi Rodriguez is a ComicsAlliance favorite who made a name for himself (with writer Jim Massey) on the Oni Press comedy Maintenance. Optioned as a film by DreamWorks Animation, that three-volume series followed the exploits of a couple of janitors employed by TerrorMax, Inc., purveyor of various crimes against science and nature. What Rodriguez has described as "a mash-up of Bruce Springsteen and Kurt Vonnegut --blue collar sci-fi," Collider features the fictional Federal Bureau of Physics, whose mandate is to address problems like "temporary gravity failures, time reversal loops, and entropy reversals." Those are the kinds of words we like to hear coming out of Vertigo, and the following pictures by Rodriguez, the extremely talented colorist Rico Renzi and cover artist Nathan Foxare definitely the kinds of things we want to see more of in sci-fi comics. 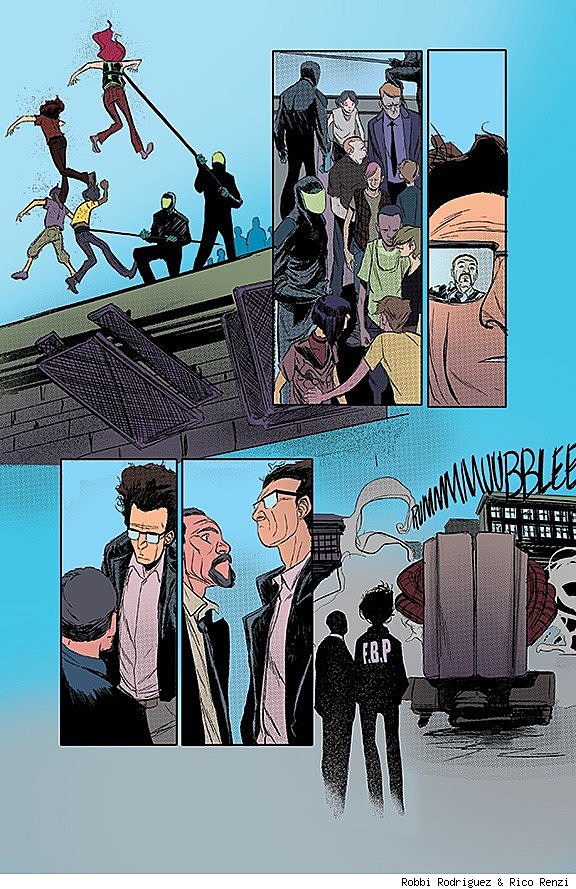 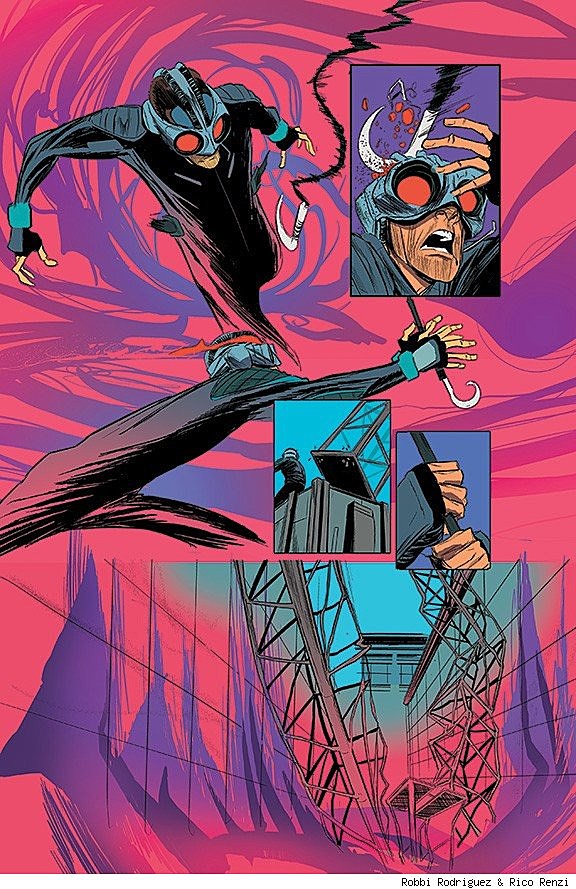 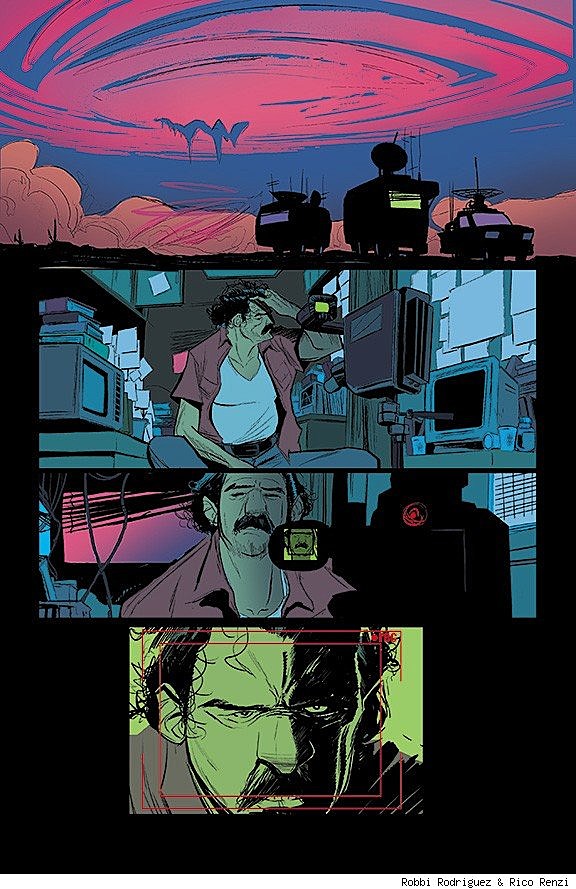 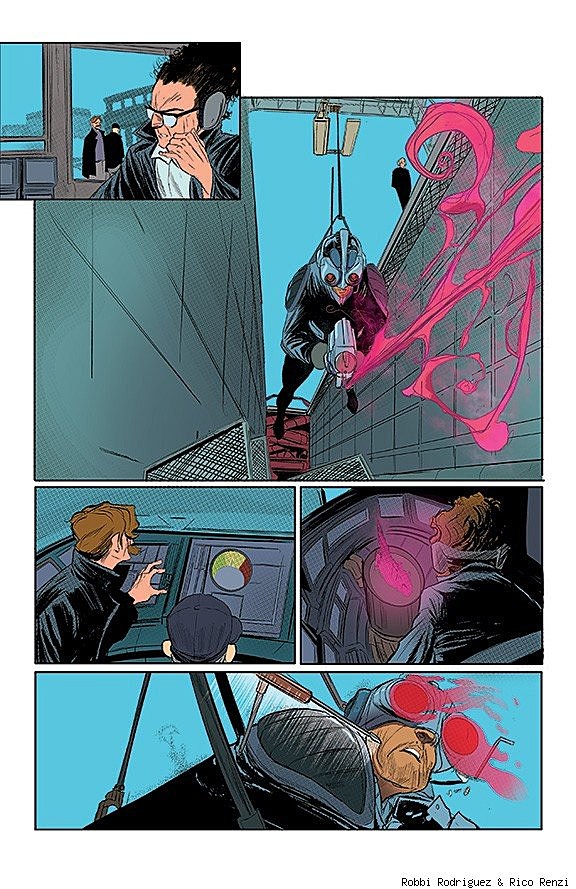 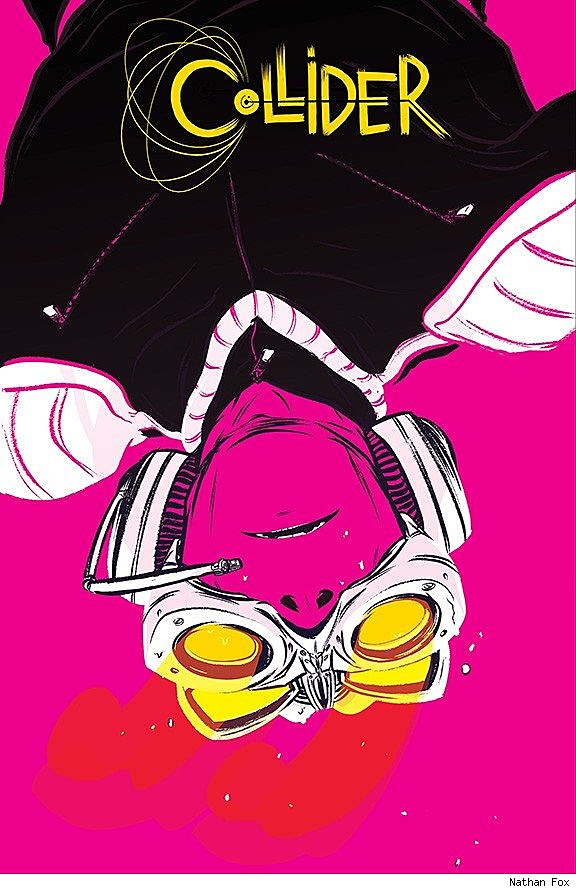 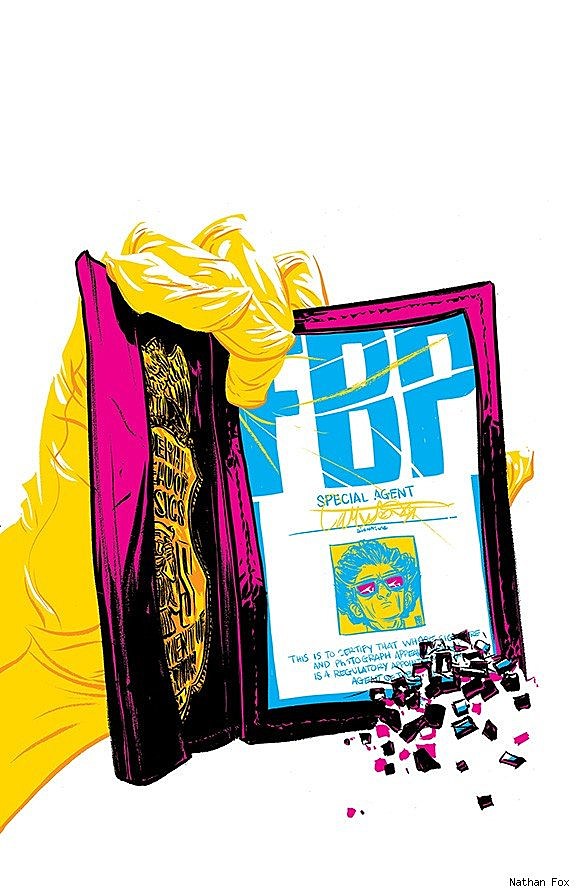 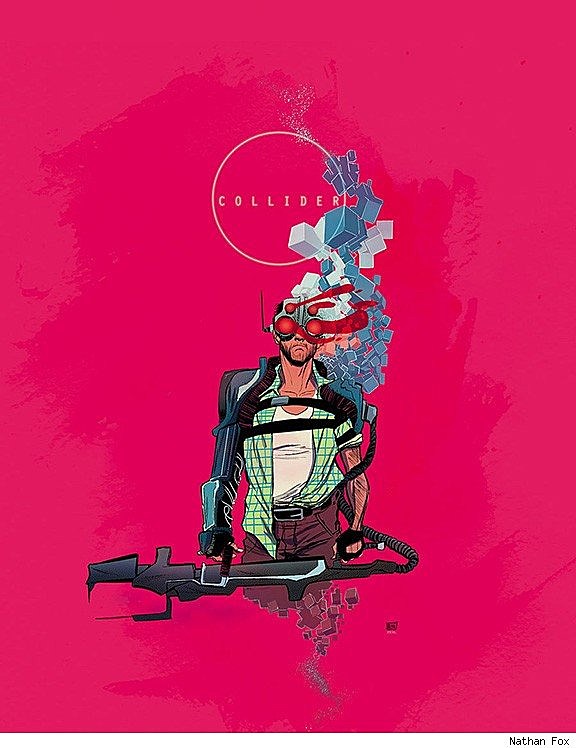 Collider #1 goes on sale July 10 digitally and in your local comics shop.