A nominee for this year's Eisner Award for Best Anthology (and last year's winner), Dark Horse Presents has been one of ComicsAlliance's favorite titles since it was relaunched in 2011 to continue the classic and influential series' tradition of showcasing emerging talent alongside some of the best established writers, artists and cartoonists mainstream and underground comics has to offer. Each issue comes with quirky, undiluted excursions into the minds of uniquely talented creators, usually with immersive new serials or idiosyncratic short stories but also in the form of recurring, cult favorite characters and properties for which Dark Horse has served as caretaker for many years.

Dark Horse Presents #25 goes on sale tomorrow (Wednesday, June 19), but below you'll get an extended preview of the auspicious issue that includes never-before-seen pages. 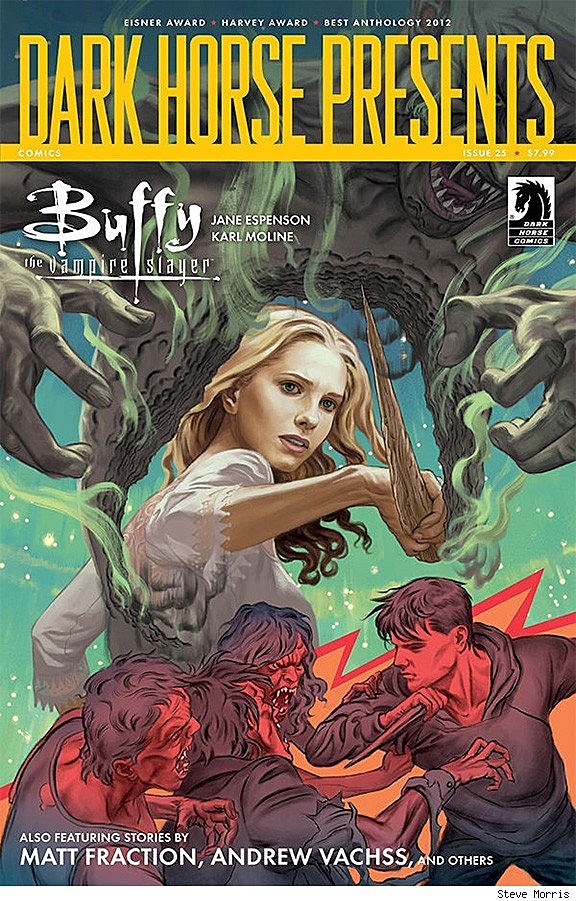 I asked Dark Horse Presents' Associate Editor Jim Gibbons to tell us a little about this kind of anniversary issue of the new series, and here's what he had to say:

Dark Horse Presents #25 is not only a landmark issue, but also a prime example of what DHP represents: a sampling of all the great kinds of comics Dark Horse has to offer. This issue features an original tale by one of the industry's top writers ("The Time Ben Fell in Love" by Matt Fraction with art by Christian Ward), one of our most successful licensed comics (Buffy the Vampire Slayer by Jane Espenson, Karl Moline, and Andy Owens), a creator-owned superhero story (Dan Jolley's Bloodhound with Leonard Kirk and Robin Riggs art), two company-owned superhero stories (Fred Van Lente and Freddie Williams II on Brain Boy and Frank Barbiere on Blackout), a story adapting work from crime fiction writer Andrew Vachss' (Underground, illustrated by Dominic Reardon), a fantasy tale (Peter Hogan's King's Road with Phil Winslade), a true crime story (City of Roses by Phil Stanford and Patric Reynolds), all new tales from comics classics like Ron Randall's Trekker and Baron and Rude's Nexus, plus a short from 15-year-old cartoonist Emma T Capps -- her first time in print (well, beyond her awesome self-published collections)! It's an issue with newbies and legends, novelists and tv writers, beautifully painted art and crisp of linework, spies, vampires, criminals, time travelers, and more!

Ideally, there's something for everyone in each issue of Dark Horse Presents and #25's is no different. 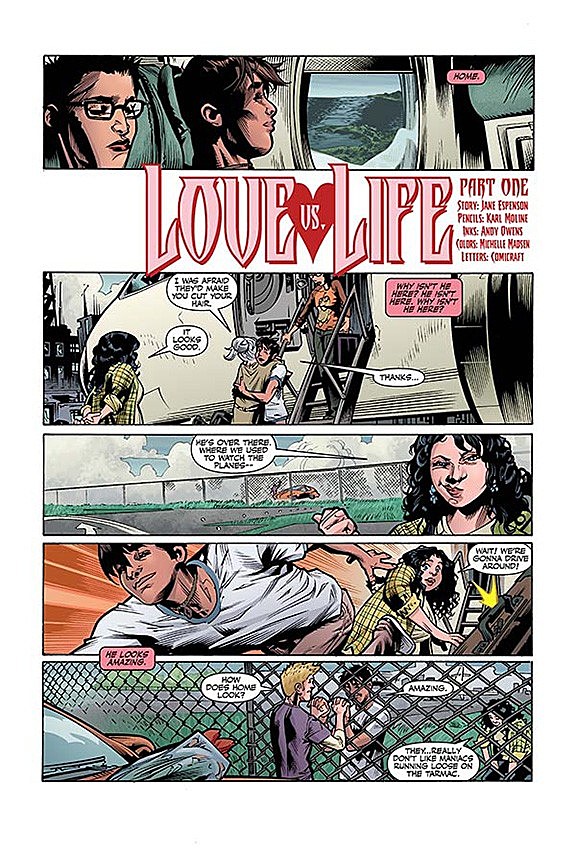 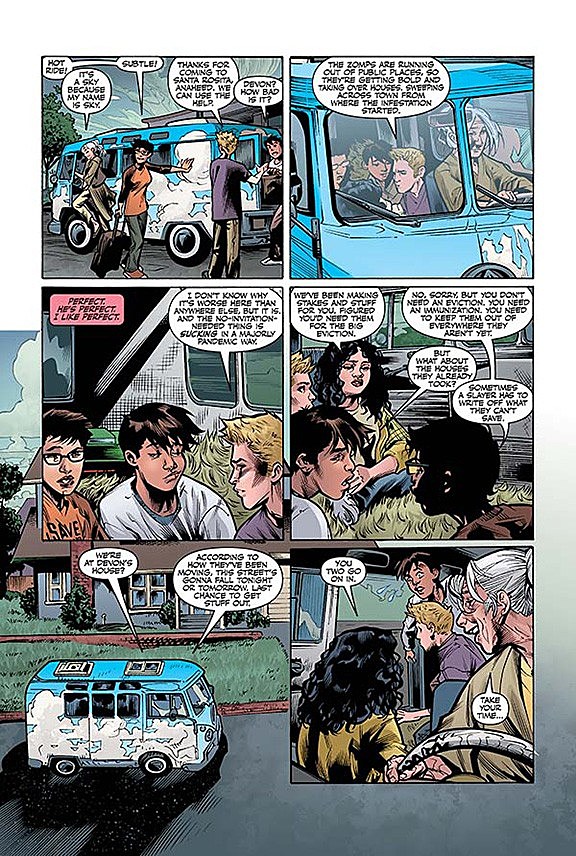 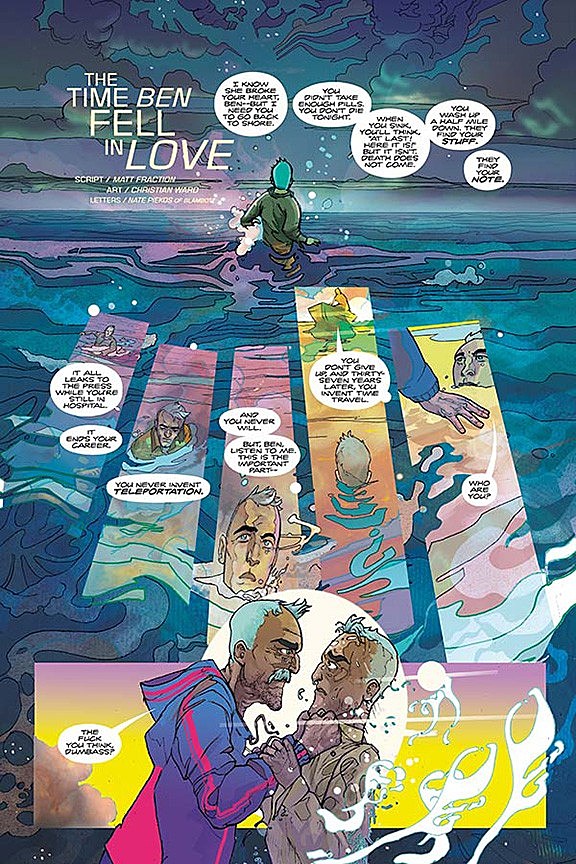 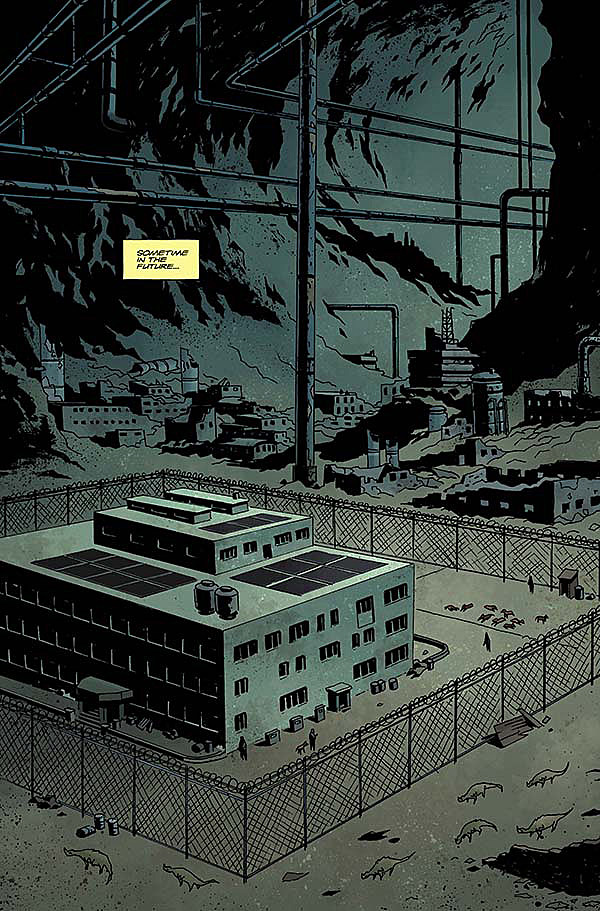 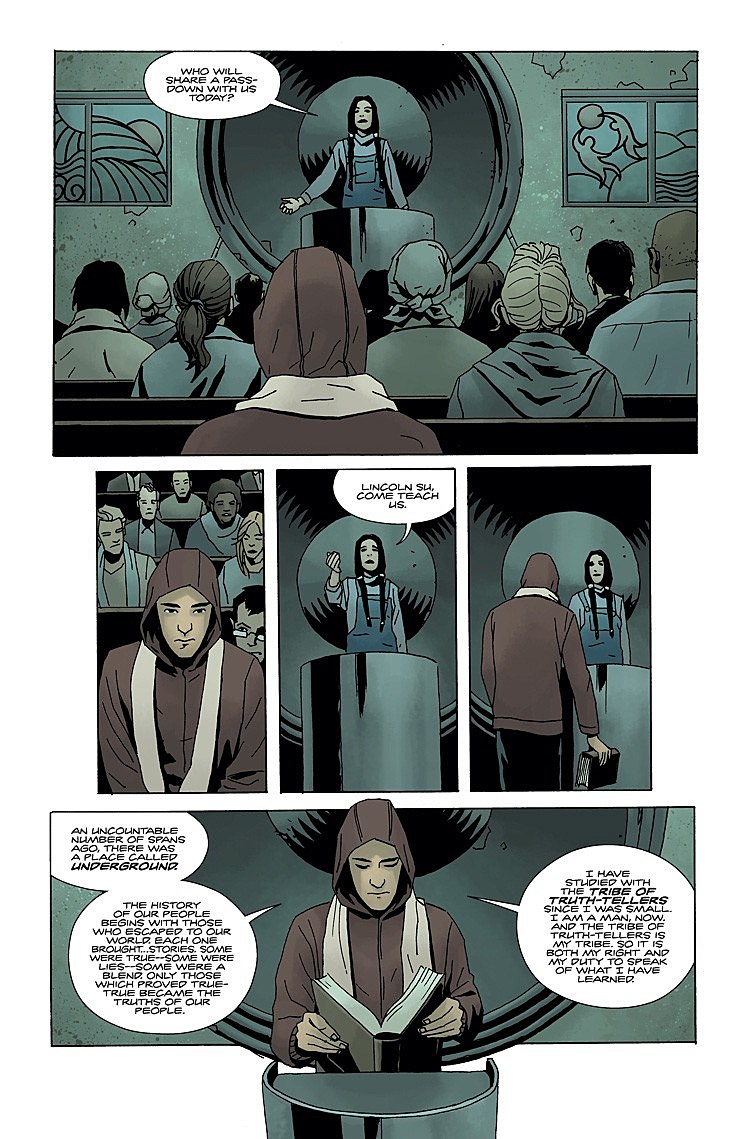 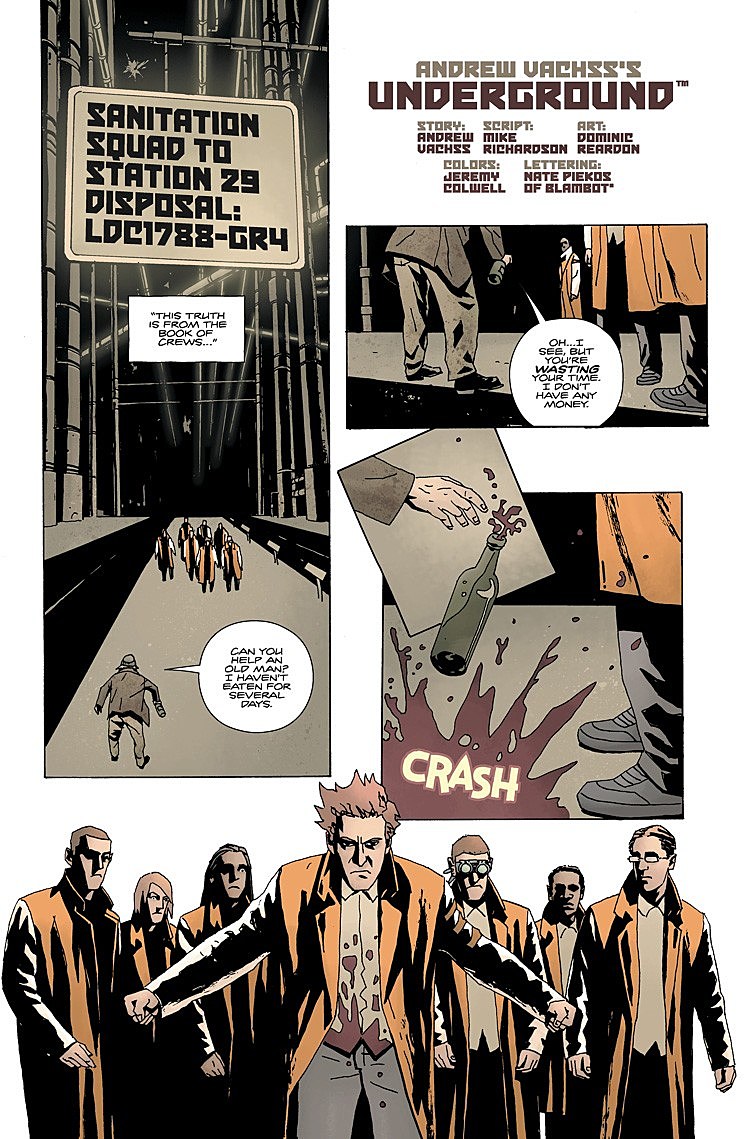 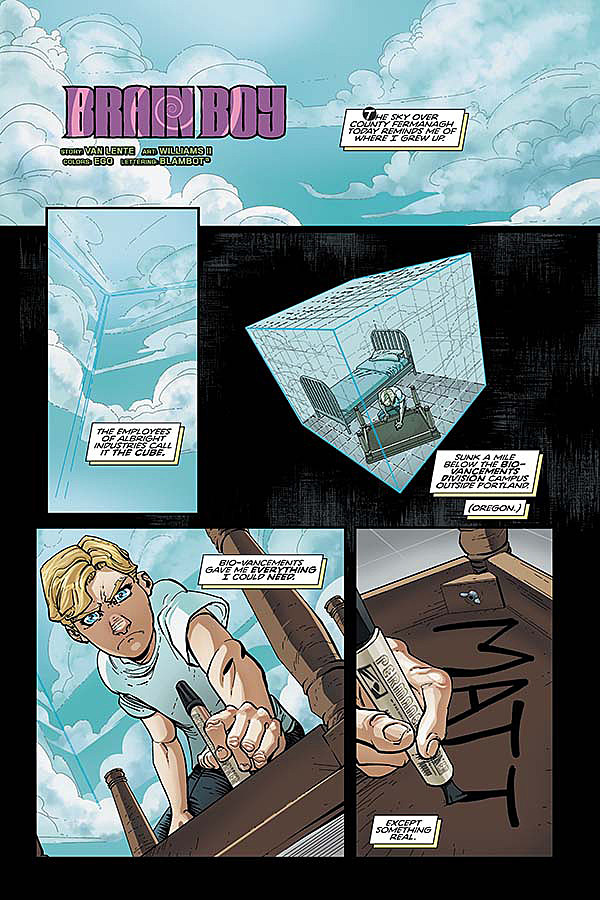 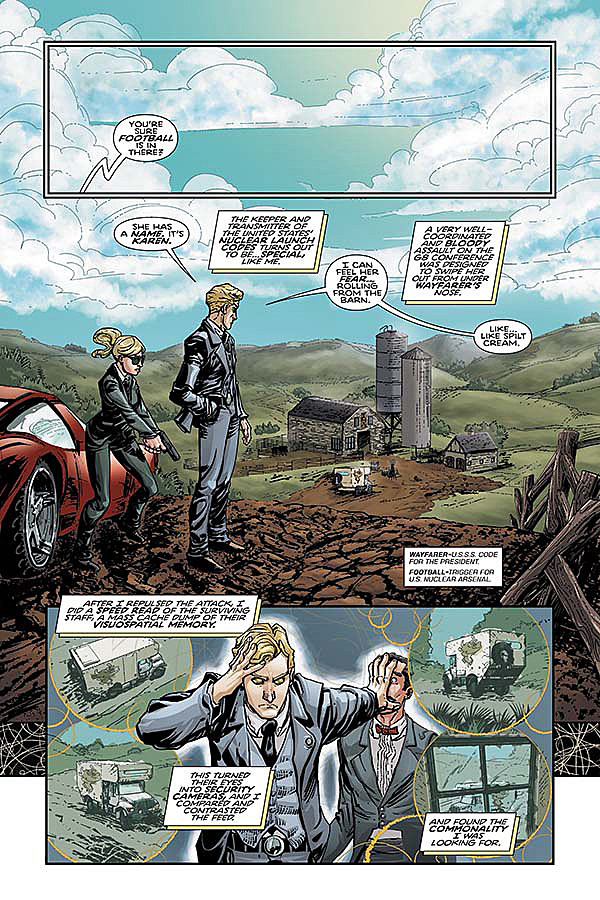 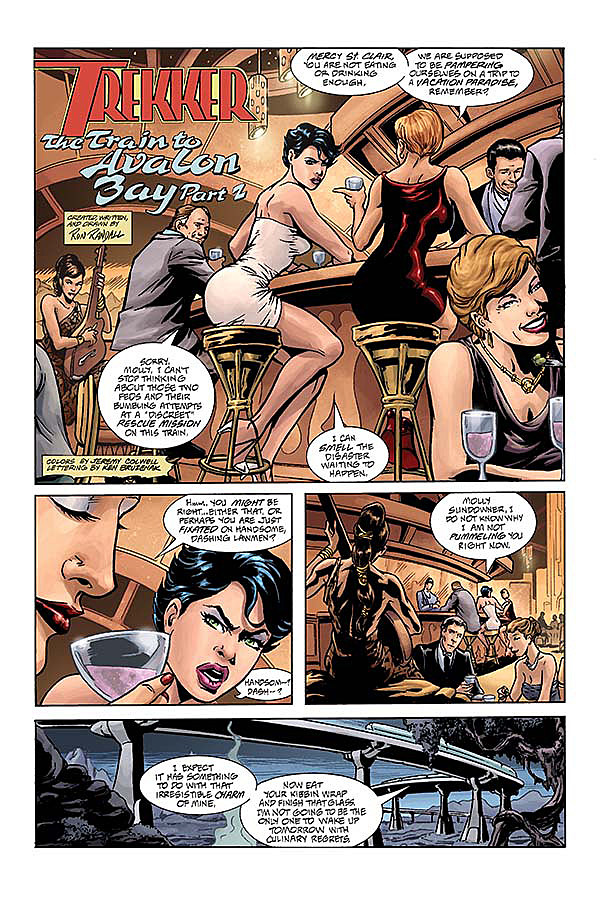 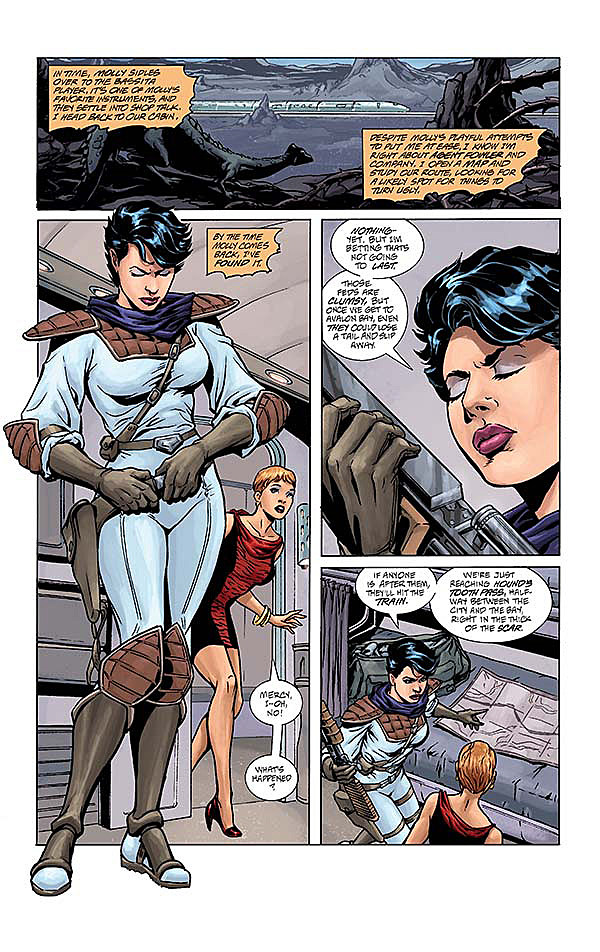 Page from "King's Road" by Peter Hogan and Phil Winslade 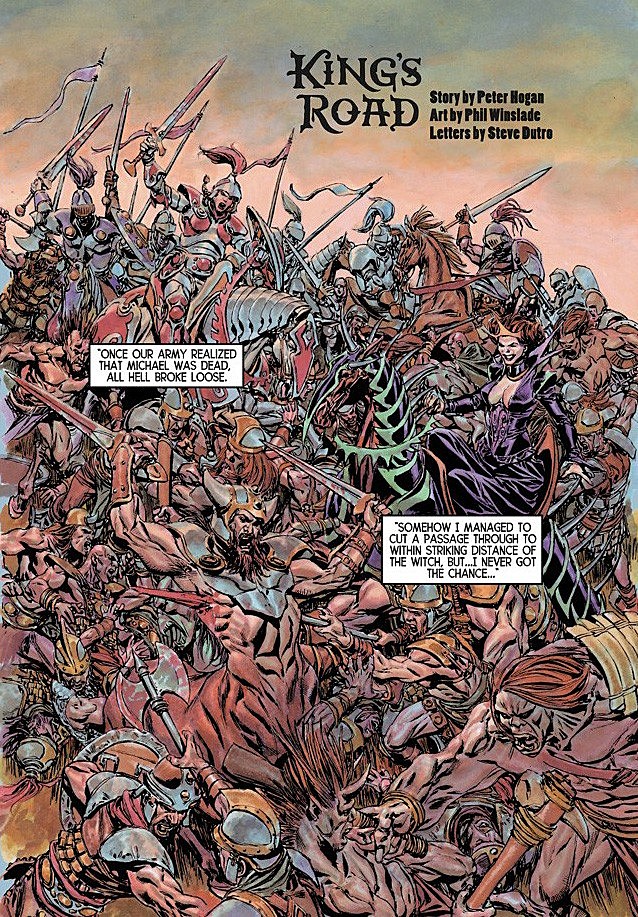 Pages from "Crime Does Not Pay: City of Roses" by Phil Stanford, Patric Reynolds and Bill Farmer (click to enlarge) 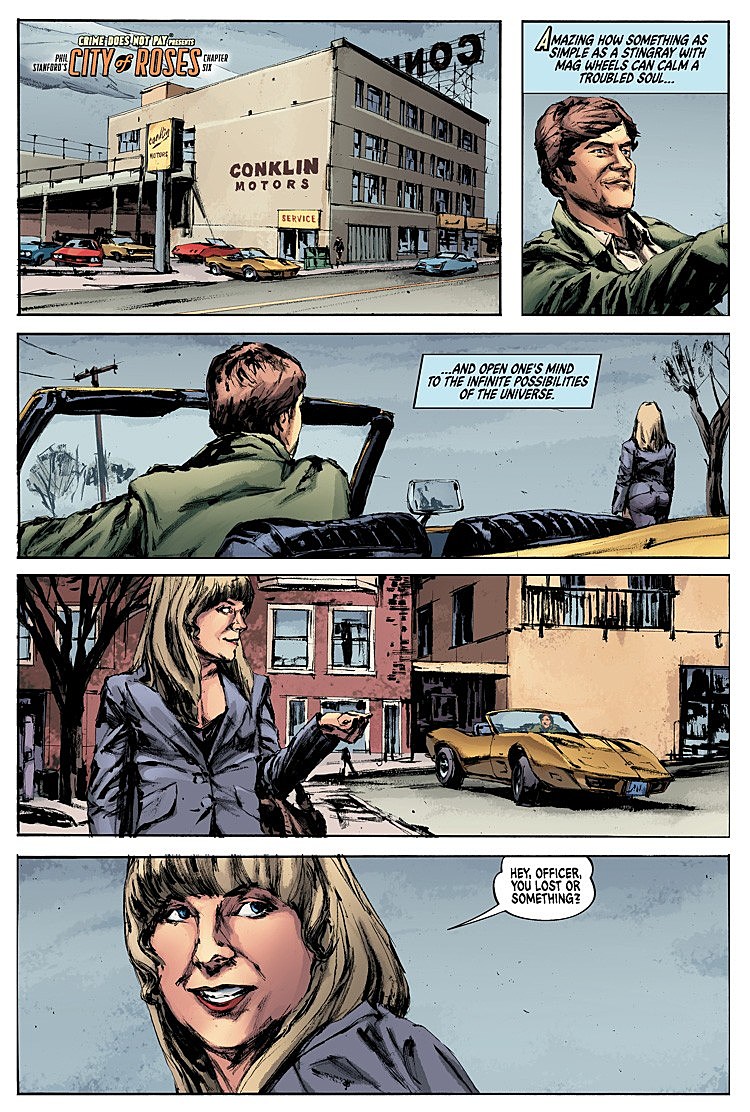 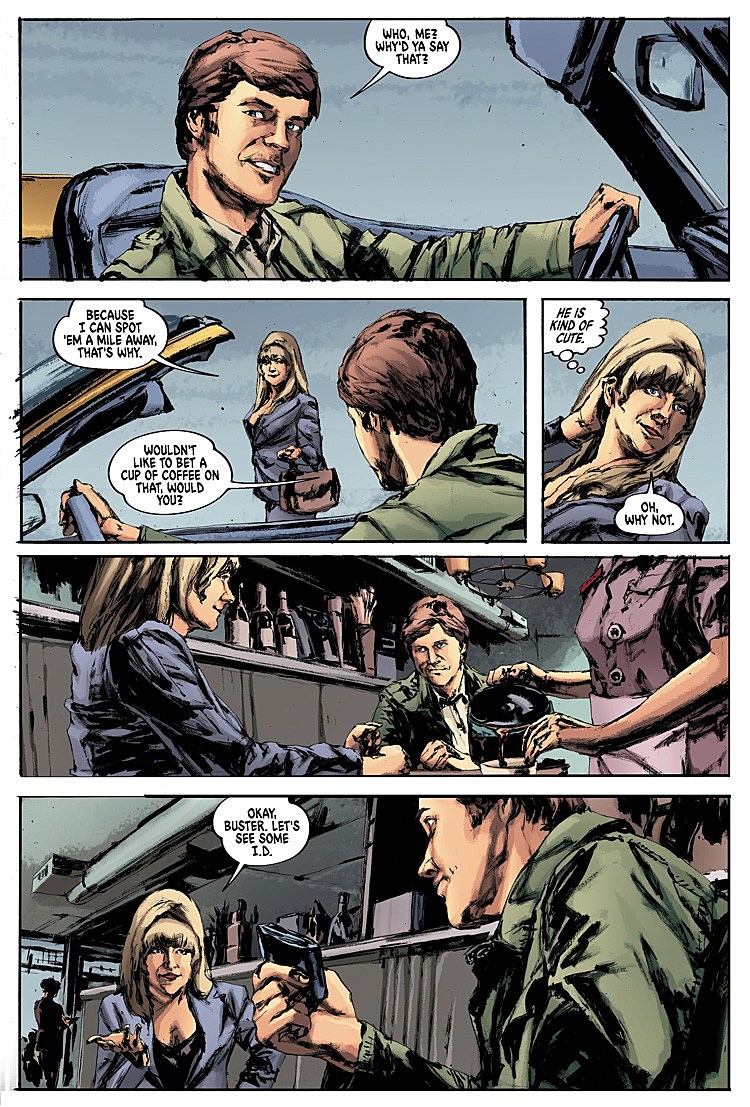 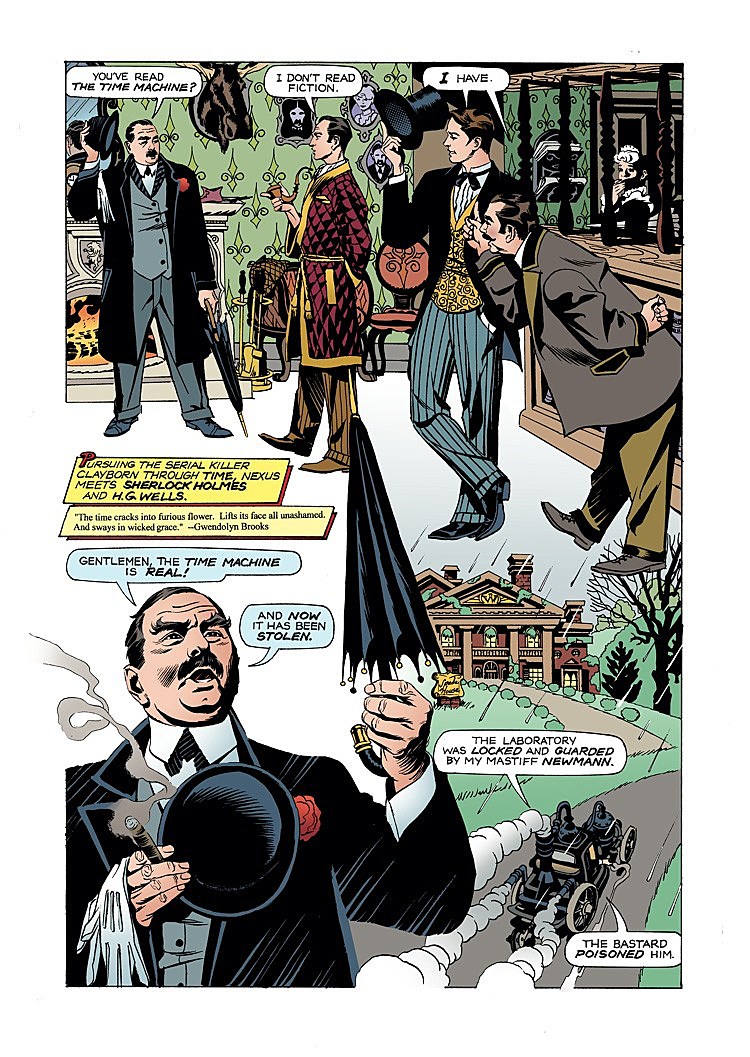 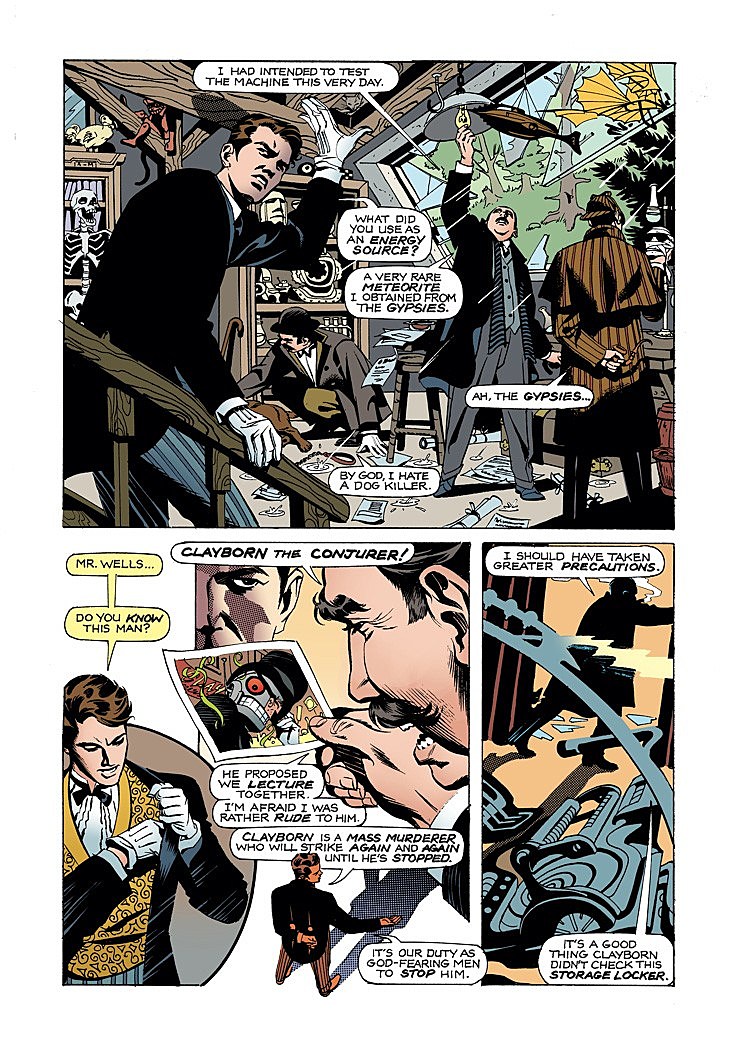 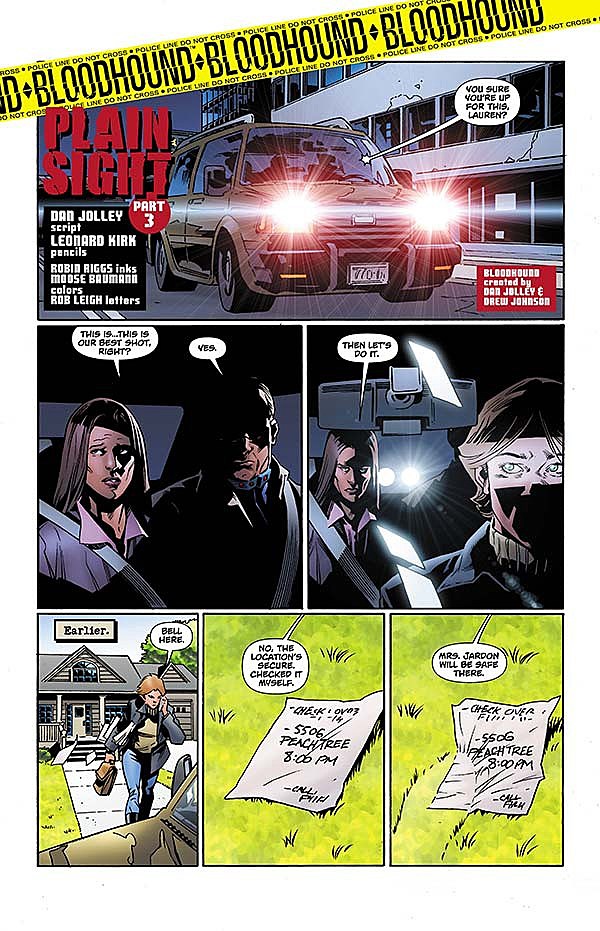 Page from "Blackout" by Frank Barbiere and Micah Kaneshiro 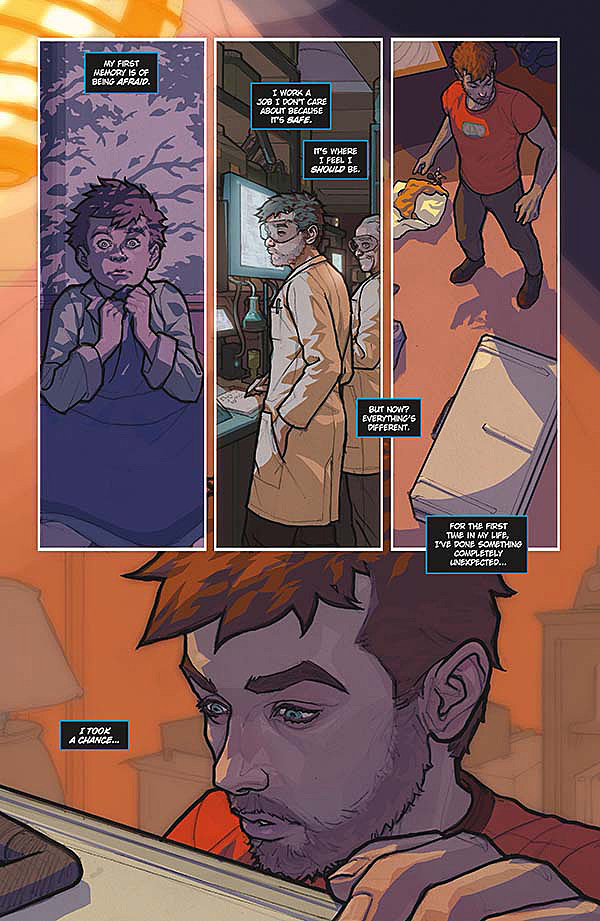