Minimates collectors may want to secure some clear shelf space before San Diego Comic-Con on July 17-21, especially if they're keen on Iron Man and Deadpool. Action Figure Xpress has announced an exclusive new "Deadpool Assemble" box set packing Cable-Pool, Captain Ameri-Pool, Thor-Pool and Phonics-Killer Iron Deadpool, plus a massive Iron Man 3"Hall of Armors" 10-pack that stocks eight of Shellhead's most iconic movie suits, along with 'mates of Tony Stark and Pepper Potts.

Both sets will be available at the Action Figure Xpress (booth #3345) during SDCC, and likely afterward at the AFX online store provided there are leftovers. The Deadpool set will cost $22, with the Iron Man 3 set running $55.

On top of repackaging some of the Iron Man trilogy's marquee armors, the IM3 box set's Tony and Pepper figures are unique to the set, which should interest completists. As far as the Deadpool set goes, the figures are all-new across the board, even if they recycle certain Minimates sculpts by necessity to accomplish the almost surprisingly canonical comic book character mashups. 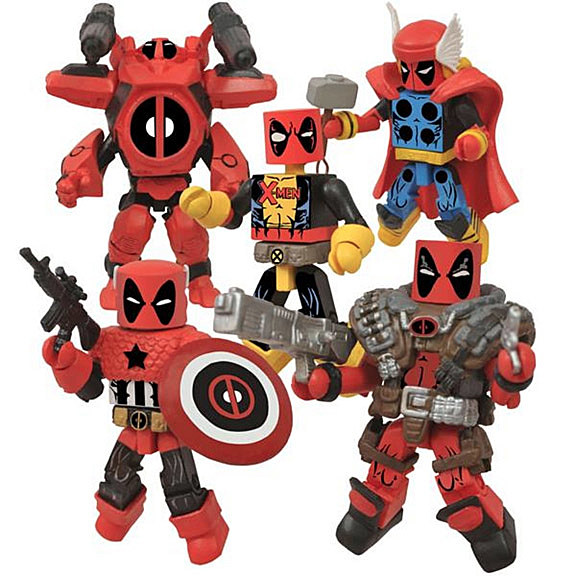 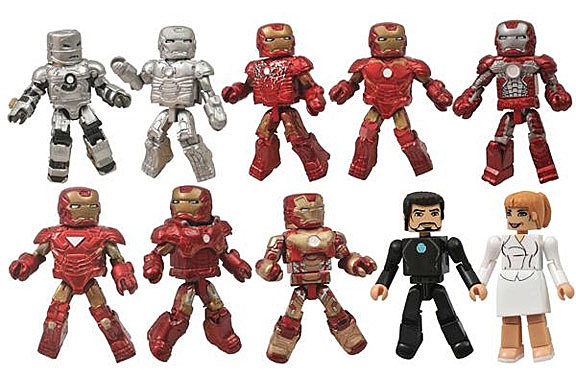