Next in my continuing series of cool artists I saw at the recent Stumptown Comics festival: Emi Lenox.

I'd actually met Emi several times before I saw her work, and knew she had a 24-hour comic, "Genny Gains Superpowers," which was picked up by Top Shelf 2.0. I also had a vague impression that her art was cute and manga-influenced, but you know -- that and a username full of asterisks will get you a Deviantart account like everybody else. But after picking up one of her minicomics at the festival compiled from her online webcomic diary, "Emitown" -- and subsequently reading her multiple art blogs -- I was taken aback both by how talented she was, and by the fact that I'd never noticed despite having several chances to do so. 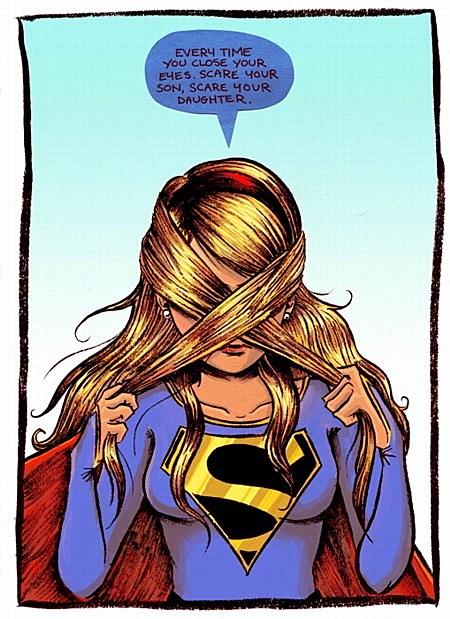 Superhero fans should check out not only some of her lovely illustrated portraits of heroines like Supergirl (above) and Wonder Woman (below), but also her superhero-themed comic shorts, like one where Batgirl disabuses a starry-eyed girl of some of her superhero fantasies about Robin, or her aforementioned 24-hour comic, where a young girl gets superpowers and applies to Xavier's School for Gifted Students: 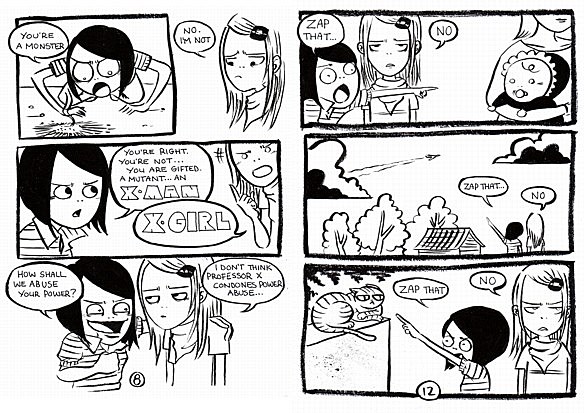 Most of Lenox's current work seems focused on "Emitown," an ongoing diary blog that reminds me a bit of the author commentaries that get inserted at the end of manga stories, where the creator shows up as a little super-deformed character and tells stories about whatever: making the comic, their cat, the weather, their favorite food. The visual style of "Emitown" is highly manga influenced -- and highly adorable -- making the trials and tribulations of daily life (tickets, taxes, loneliness) seem incredibly sweet, even when they're frustrating and sad. More often, the comic is joyful, inventive, and compulsively endearing. 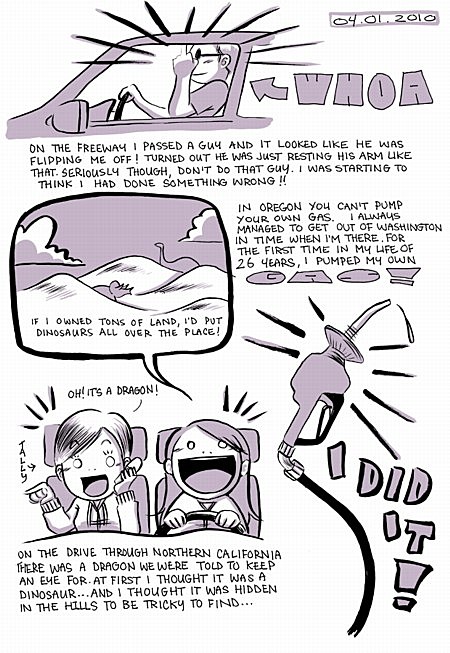 "Emitown" is also available as a minicomic for print fans, along with several of her works, at Lenox's Etsy store. 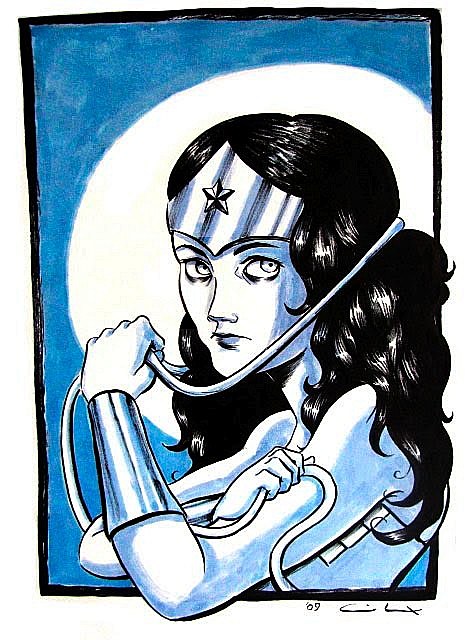