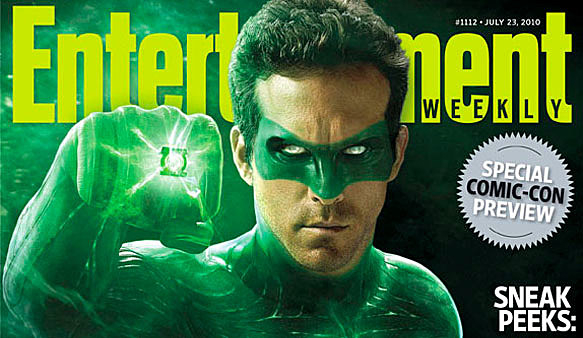 Even without getting to see footage of Ryan Reynolds in the finished Green Lantern costume, fans are ready to swear the oath that the movie looks awesome. After the jump, check out our video of fans gushing over the new trailer, including one hardcore fan who went to the screening dressed as a Lantern himself, which is kind of like wearing the shirt of the band you're going to see in concert, only cooler.