A new creative team and new direction for a relaunched Secret Avengers book was the headline announcement at Marvel's Avengers panel at New York Comic Con on Saturday -- but there were also some other secrets revealed, including the names of three additional members of the sprawling non-secret Avengers line-up. Writers Jonathan Hickman, Dennis Hopeless, Kieron Gillen and Rick Remender were joined for the panel by editor Tom Brevoort and the ever-present communications director Arune Singh. 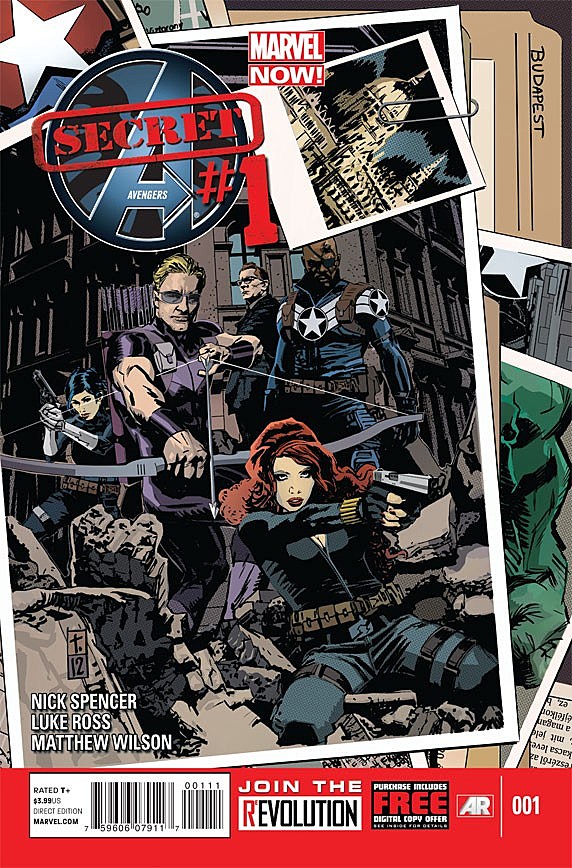 Secret Avengers #1 is the latest Marvel NOW relaunch, with a new creative team of writer Nick Spencer and penciller Luke Ross. Tom Brevoort described the series as "more SHIELD-focused," with Nick Fury Jr., Maria Hill and Phil Coulson putting together teams of covert operatives to take on missions so secret that "even the members in the team cannot know about them when they're done." The book will feature a rotating cast of characters picked on a per-mission basis, to include Hawkeye, Black Widow, Hulk, Mockingbird, Winter Soldier, a new Iron Patriot and even Taskmaster. One of the stories in next week's Marvel NOW Point One special will set the stage for the series.

As the writer on the new flagship Avengers title, Jonathan Hickman was a dominant voice on the panel. He said that he thinks his twice-a-month title is going to be "the biggest Avengers book that we've done." On the back of the success of the Avengers movie he felt a pressure to do "something big, something better, something Hollywood could never pay for."

Hickman is also writing the New Avengers title, which focuses on the Illuminati group that includes Iron Man, Namor and Mr. Fantastic, characters who "rule the world in secret." Said Hickman, "I've never been more excited to write a book than New Avengers. It's so up my alley, it's so in my head space." Plots for the two Avengers series have been planned out for at least three or four years, according to Brevoort; "so if you don't like it we're really screwed." 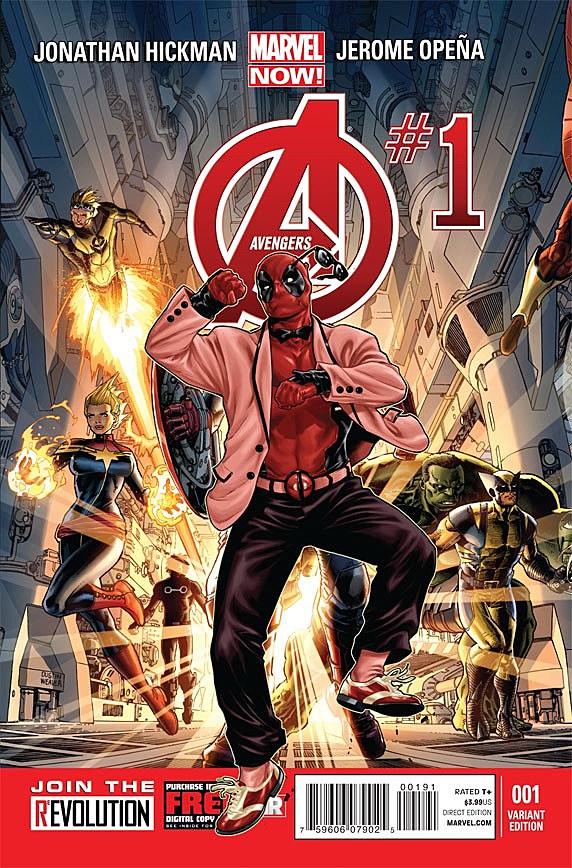 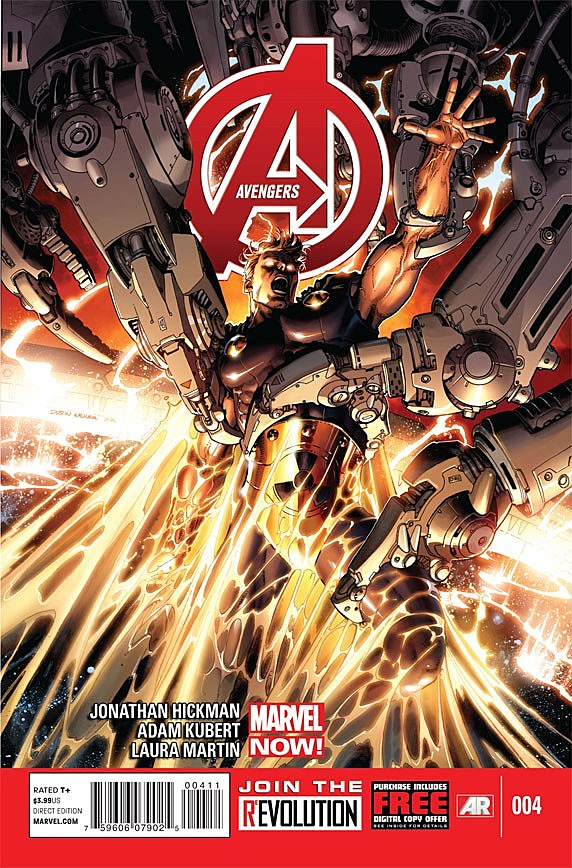 During the Q&A session Hickman was asked about the diversity of his team, which thus far seems very male and white. Hickman noted; "We want the team to look more like the world." The starting roster had to be the way it is because, "You start with a movie that was five white guys and a white lady and you've got to add Wolverine and Spidey in there because we like money." He said the diversity would come from the rest of the cast, noting, "Well over half are new characters that we've introduced that are what you're asking for. ... I think you're going to be happy as we move forward with this stuff."

Remender said that his own six-person Uncanny Avengers roster is "Crackerfest 2012," but he wasn't able to get Brother Voodoo or Storm for his series because they were otherwise occupied. He noted that his new villains come from all over the world, and said, "We have some new members coming up in Uncanny that will change it up a little."

When Hickman was asked how he could hope to balance a team as big as his Avengers, he said the model would be established in the first six issues. "We'll do a three-issue burst at the beginning and the first three issues have everyone in it, and then three done-in-ones when we'll focus on smaller teams. ... Everyone will get time to shine."

Hickman also revealed the identities of three members of the team not previously mentioned. "A new female Captain Universe is going to be in the book. Hyperion is going to be an Avenger. The first human member of the Imperial Guard, a female Smasher. And then it gets insane from there." 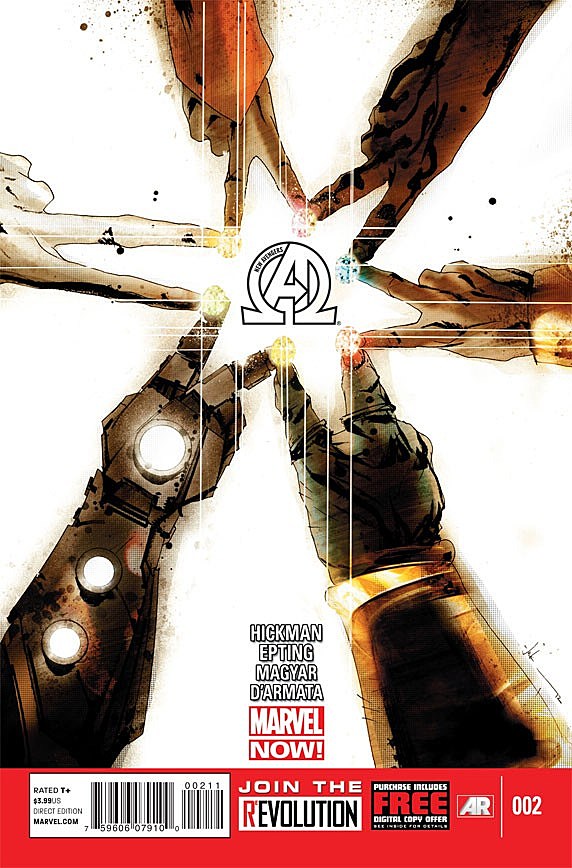 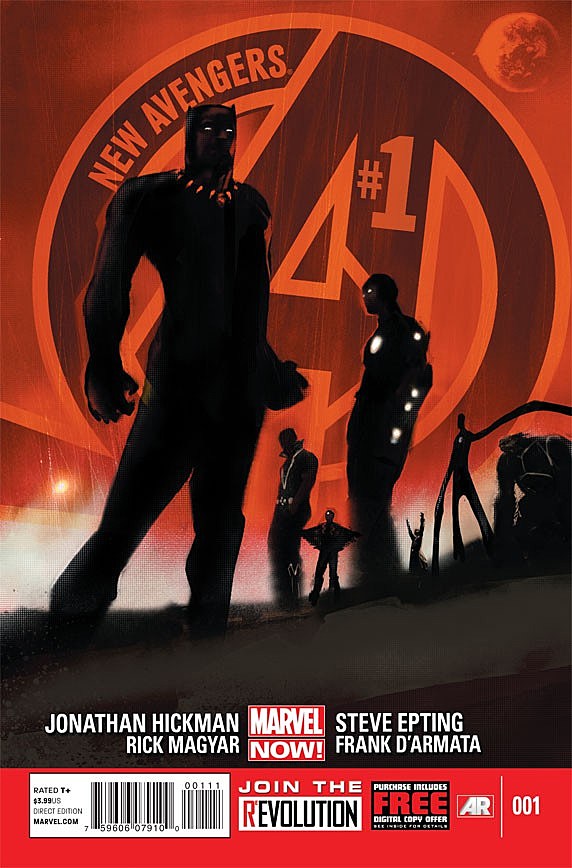 In contrast to the main Avengers book, Tom Brevoort described Avengers Assemble as "shot glass Avengers." The book by writer Kelly Sue DeConninck will have shorter, sharper, more character-focused stories. The inital arc focused on the Stark/Banner relationship will be followed by a story about Black Widow's past, illustrated by Pete Woods and featuring Hawkeye and Spider-Woman.

Dennis Hopeless's controversial Avengers Arena title received a few cheers and a few boos from the audience. The book has stirred up fan dread because its premise -- making teen heroes fight to the death -- threatens characters who attract small but passionate fanbases. One heckler yelled "Battle Royale," making the oft-repeated observation that the series riffs on an idea explored by that movie, but the book has worn its influences on its sleeve. The first cover paid homage to Battle Royale; the second was an homage to Lord of the Flies; and the recently revealed third cover is a Hunger Games reference.

When asked why Darkhawk is in Avengers Arena when he isn't a kid, Hopeless said it would be addressed, while Hickman joked that Darkhawk is "a bit of a pedophile." 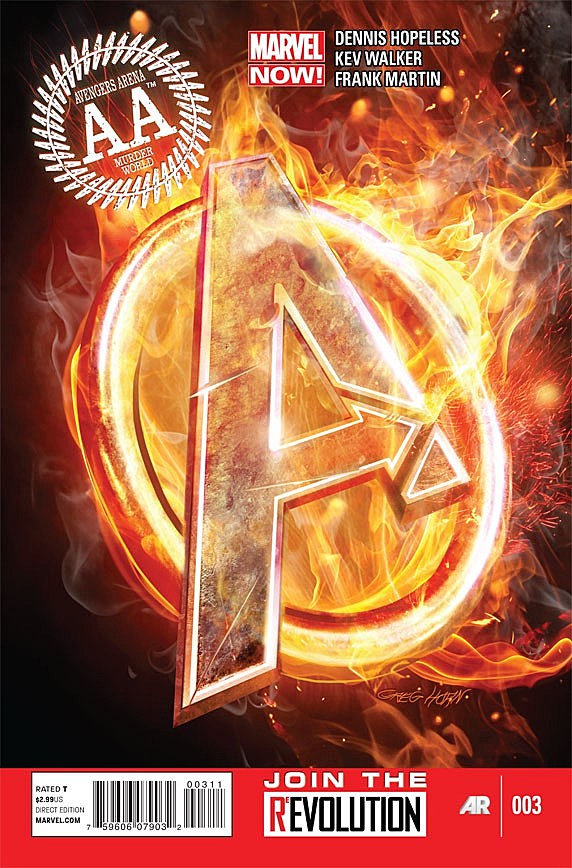 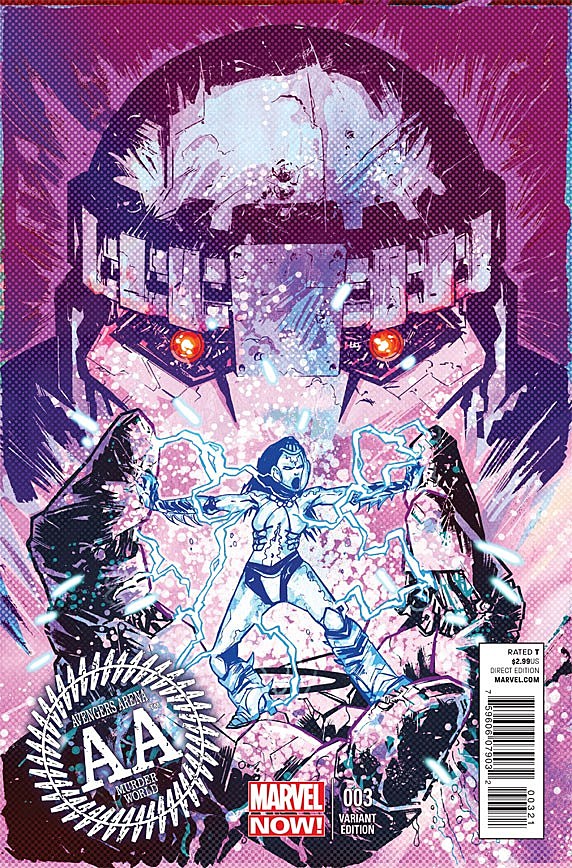 Returning to Uncanny Avengers, Remender admitted he had been very nervous about the attention on the book as the first Marvel NOW title to hit stores. "There is a lot of anxiety coming up to the release of something selling as many copies as this. ... it's been tremendous." All though Wolverine and Captain America are on the team, Havok is definitely the leader. "Alex Summers has to step up and take a big stand." He added, "I like Havok. Scott Summers was always the star quarterback, Havok was the guy under the bleachers smoking a joint."

Young Avengers writer Kieron Gillen was asked if he had plans for the other former Young Avengers characters who aren't in the new title. "Stature is going to be tricky for obvious reasons," said Gillen, referring to the character's death at the end of Children's Crusade. He admitted he had "thoughts" for the other characters, but he wanted to keep his cast small so he could explore emotional stories. (Hickman pointed out that he intended to do the same with his cast of 24 characters.)

An audience member asked if Cyclops might join the Avengers. "Not necessarily, no," said Brevoort. Would Cyclops return to the X-Men? "Not necessarily, no," said Brevoort. This prompted a "Free Cyclops" chant from the back of the room, and the panelists asked the audience members which side they had taken in the Avengers vs X-Men series. Surprisingly for an Avengers panel, the majority were on the X-Men's side.

Staying with AvX, another questioner asked if there had been an editorial mandate to make the Avengers the heroes in that series. "I still think the X-Men were the heroes of the story," said Hickman. "The Avengers were going to win, but... I think that [the X-Men] were righteous, but there's a price fo that sort of power. That's the story, right?" Brevoort insisted that they "wanted to give both groups of characters an understandable and relatable point of view for what they did. ... We didn't try to treat anybody like the villains." Hickman added, "Even though the Avengers won, the vast majority of the world thinks that the things the Phoenix Five did were good things. ... All that stuff is still around." 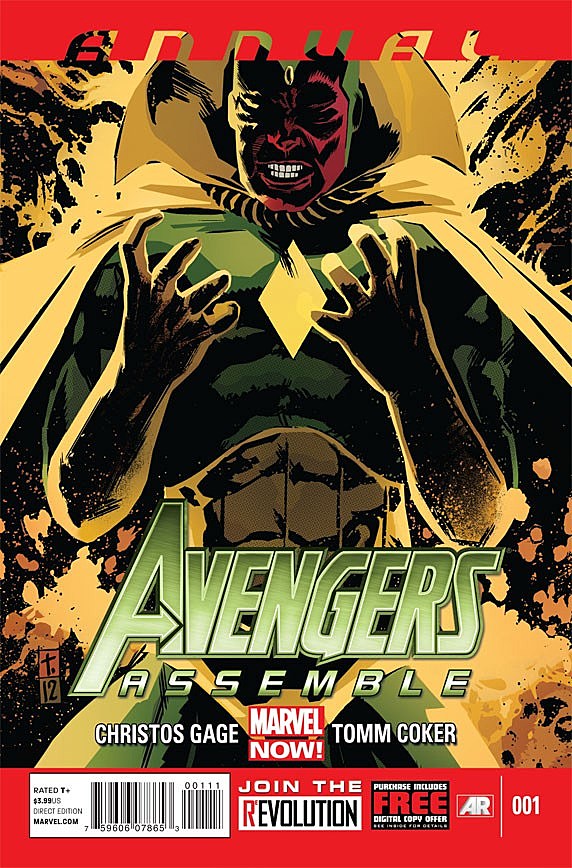 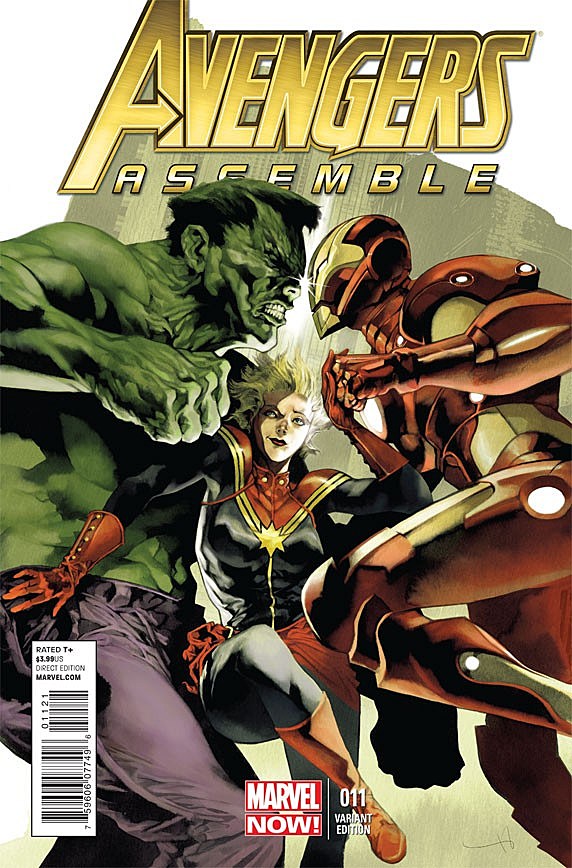 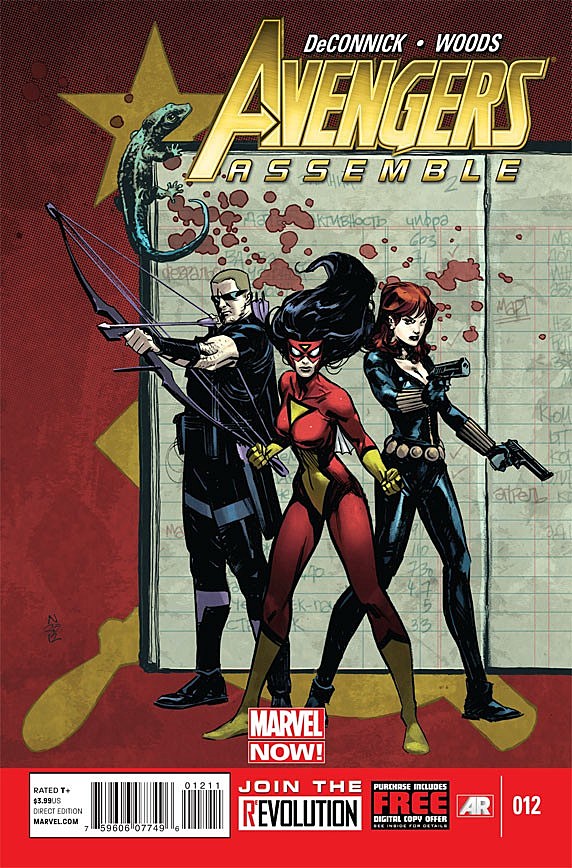 On the ever-present question of renumbering series, Brevoort said that he felt the new creative teams and new concepts of Marvel NOW demanded new beginnings. "We have writers, creators coming on to a story for the first time," explained Brevoort. "All these guys are starting their stories from page one and you start reading it from page one." (Although the panelists didn't mention it, following Brevoort's position to its logical conclusion could take Marvel out of the business of publishing ongoing series and into the business of publishing series of mini- and maxi-series defined by their creative teams, which could actually be a mature and elegant evolution.)

A few further quick hits from the Q&A:

Brevoort confirmed that the elder Nick Fury is still around. He has not been replaced by his son, Nick Fury Jr.

Rick Remender said, "Kang is a giant player in what I'm doing and in what Jonathan is doing and will be a major player in the Marvel Universe." Specifically in relation to Uncanny Avengers, he noted, "Standing in between Apocalypse and Red Skull is Kang/Rama Tut/Immortus."

The Secret Warriors may show up at some point in Hickman's Avengers, but the characters will also show up in other places. The fifth issue of his long-delayed SHIELD series is almost done but won't be solicited until the sixth issue is complete.

Regarding Hulk's armor, Brevoort said it relates to the fact that Banner is no longer trying to cure his condition and is trying to manage it instead.

Will Spider-Man be in any of the Avengers comics? "Sure. We like money. Didn't I say that? We really like money," said Hickman. He then added, "Are you asking because of the stuff Dan [Slott]'s got coming up? Yeah? OK. Well... OK." (It was later confirmed in another panel that the Spider-Man in Superior Spider-Man is "a new Spider-Man.")

Finally, when asked about whether any more of Marvel's obscurer characters would be brought to the fore, Hickman said that Brian Michael Bendis had told him he should use Squirrel Girl because "she's a fantastic character." His response? "I told him he was f***ing crazy. Absolutely not." 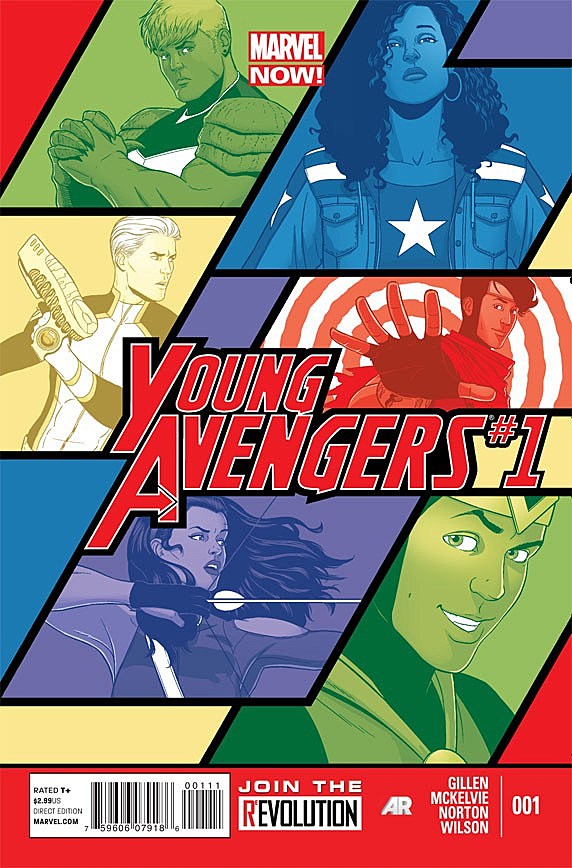 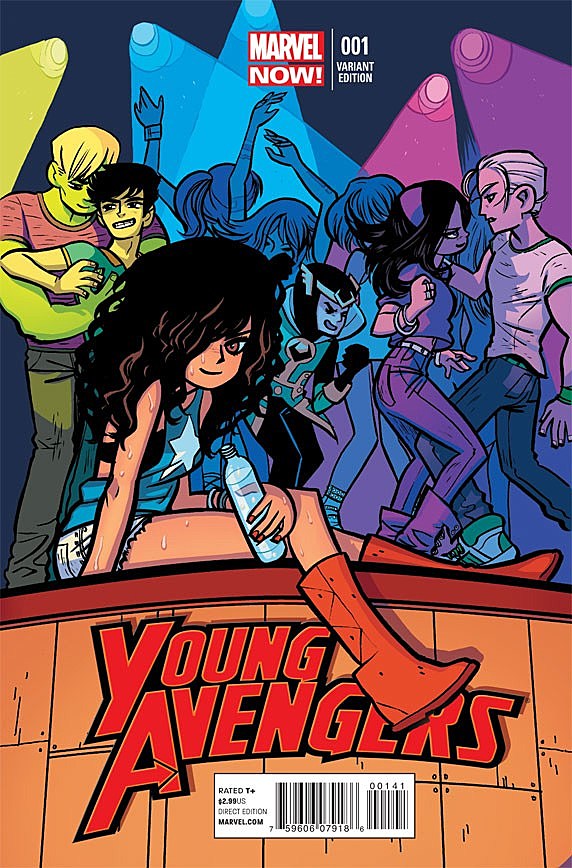