It's almost February, which means we're just coming around to the summer solicitations cycle, which means it's the most wonderful time of the year: the time summer event tie-in checklists start coming out! On Marvel's side, you've got Matt Fraction and Stuart Immonen's Fear Itself, with barely any tie-ins announced so far - just some issues of Invincible Iron Man and Journey Into Mystery, as well as a Front Line-style miniseries called The Home Front. Meanwhile, DC's summer event is Flashpoint - a five-issue Geoff Johns/Andy Kubert series featuring a vastly redesigned, reconfigured alternate-reality DC Universe that replaces the current timeline due to time travel tomfoolery. Its tie-in list is somewhat less secret.

Last Friday, DC Comics released the titles of no less than fourteen tie-in miniseries to their 2011 summer event, Flashpoint. Similar to Marvel events Age of Apocalypse and House of M, it appears to feature an alternate reality, with the central mystery behind that alternate reality being unraveled in the main series by Geoff Johns and Andy Kubert, with various other aspects of the world of Flashpoint fleshed out in this plethora of tie-in miniseries. 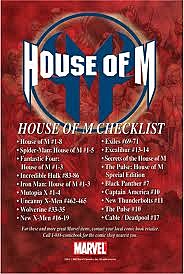 Here's the thing, though: we don't really have much to go on other than names. While Deadman and the Flying Graysons sounds like a Peter J. Tomasi project to me, and I can't imagine Geoff Johns would let anyone else get their hands on Citizen Cold, books like Frankenstein or Project: Superman could be anybody (although I certainly hope Frankenstein is a Grant Morrison joint). Without the creative teams, or even basic plot synopses or artistic teasers, a list is all this is - an inundation of information without context. When you throw out the names of fourteen three-issue miniseries all at once, it comes across less like an exciting build-up of hype and more like, well... narrative diarrhea.

Shovin' 'em all out there at once, with no context, really just serves to undercut the creative contributions to the books, which are really the most important parts. As interesting as the titles are, the details they reveal about the world are nothing they couldn't have teased in other ways. Instead, it just looks like an imposing tower of titles where it'll be difficult to tell which tie-ins are worth reading and which aren't.

The thing is, it's not the volume of the tie-ins, it's the fact that they're all additive, at least as far as DC's promotion has shown. If it turns out that this is not the case, and that they're all replacing ongoing titles, then that's a pretty important piece of information to soften the blow of "holy crap, fifteen tie-in miniseries?!" If that is the case, then maybe spreading them out would have made each one seem more individually enticing, since here it's just a gigantic alternate-reality title soup. 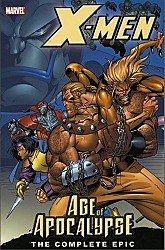 Which, let's be frank, also works against the nature of the tie-ins - while Flashpointitself will probably be a scorcher, when's the last time you went back to read Spider-Man: House of M, no matter how good it was? DC should be trying as much as possible to make Flashpoint seem like something other than a group Elseworlds, and their campaign so far hasn't done much to dissuade me of the notion that that's what we're getting. Maybe that's not a bad thing - I know Marvel continued to do House of M series long after the event was over due to the popularity of the franchise in libraries and with booksellers. Perhaps the self-contained, alternate-reality aspect of the stories actually makes the stories less intimidating to new readers. I can understand DC's desire to have a nice collection of Flashpoint trades and hardcovers available.

But for those of us who have to balance our pull lists, "hey, here's fifteen more books you have to consider!" not only seems like bad business, but also feels inconsiderate to a passionate audience. Marvel, take note - don't make me sigh out loud when I finally get to see the Fear Itself checklist. Please.