Penny Arcade Expo Prime, the three-day festival dedicated to all avenues of gaming, opens for its seventh year this Friday and although the show was created with gaming in mind, there's still some solid comics-related panels to see if you're planning on attending. Not only will the Penny Arcade creators themselves host a panel devoted to creating a strip with audience participation, high profile titles like The Darkness II and Infamous 2 will also be on hand to discuss the importance of comics within their respective franchises. Hit the jump to see what comics panels to be on the lookout for during PAX Prime on August 26-28. 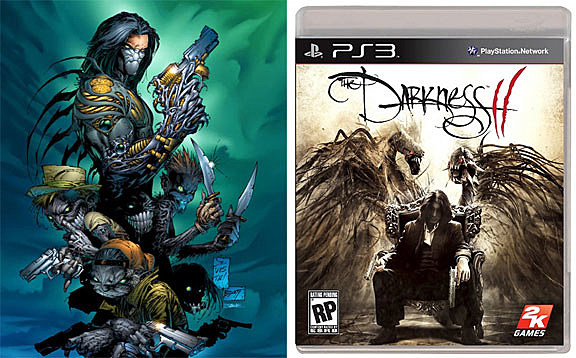 It's not too often a game adapted solely from a comic book is received by the gaming crowd with loving arms, but 2K Games' take on The Darkness managed to boost the comic's profile in wider pop culture as a critical and financial videogame success. With the release of The Darkness II on the horizon, this panel will take a look at why protagonist Jackie Estacado has proven to please crowds where many others have failed. As much as The Darkness comic lends itself to FPS success -- a badass creatively slaughtering bad dudes with a mix of gunfire and supernatural powers -- it should be interesting to hear how 2K successfully capitalized on the concept. 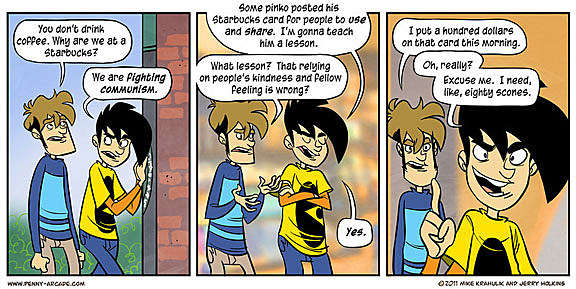 Ever wonder what goes into making a Penny Arcade comic? Join Gabe and Tycho in the Main Theatre and take part in creating Monday's HILARIOUS comic.

Live art panels can be cumbersome since it's no easy task for a creator to split their attention between entertaining a crowd and completing a given work, but something tells me Penny Arcade writer Jerry Holkins and artist Mike Krahulik will manage just fine. Given the number of PA fans likely to hit this panel, it should be interesting to see what the duo comes up with for their Monday strip. If the PA team takes the ad-lib approach and asks the audience for a noun, please shout "PUGS!" on my behalf.

A Panel on Panels: Creating the Comic Inspired Cutscence of inFAMOUS 2 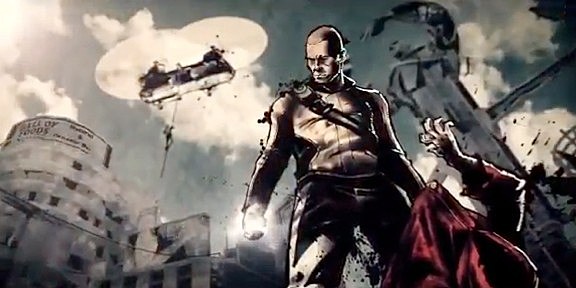 Come and see how we create our distinct comic inspired cutscenes. Starting from the script to storyboarding to inking to composite and post production. We are going to cover it all. You will get to see some never [seen] before versions of cutscenes. Here is a trailer on the style we are going to be talking about, inFAMOUS 2 2D Comic Cutscene. We will also have some special treats for those that show up, so this isn't something you want to miss! Join Dave Malloy (Video Production Creative Lead), Jance Allen (Composimator), Mike Haney (Senior Artist), Edward Pun (Digital Penciler), and Collin Moore (Community Manager) for an hour of fun.

Having recently completed Sucker Punch's super power-centric Infamous games, along with DC's surprisingly fun Infamous tie-in comic book series, I'm a little biased in my recommendation for a panel that's essentially about creating motion comics. Since the Infamous games purposefully created 2-D cutscenes to evoke the mood of a gritty comic, though, a panel about their creation shouldn't be too much of a hard sell for comic fans. Seeing a script turn into storyboarded art? That's always a cool. Those who already dig Infamous and Infamous 2 will have the added bonus of catching previously unseen versions of cutscenes. 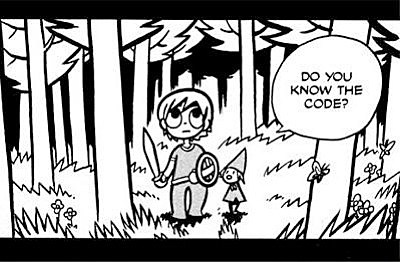 Remixes, VGM, Turntablism, Nerdcore, Fanart, Parodies, Rule 34, Fanfic--what common thread runs through all these things? The fact that they are art made from other art. The raw materials for the stunning original compositions, paintings, mixes, and lyrics in fan-created media are drawn from other creations powerful enough to illicit a creative response. From the funk samples that created hip-hop to heavily referential comics and films like Scott Pilgrim, this has become ubiquitous in popular art. What are the philosophical, legal, and artistic implications of this borrowing of copyrighted material? What should they be? From the success of MegaRan 9 and Black Materia to the tragic failure of the infamous fanfic "My Immortal," we'll discuss the good and the bad, the legal and the "of dubious legality", and where homage becomes infringement.

Mashups, remixes and reimaginings are a pretty ubiquitous, but not always fully understood component of pop culture. As regular purveyors of parody at CA with features like "Great Comics That Never Happened" and "indie reboot" it's hard not to endorse a panel that breaks down what it means to make "art from art." We advise paying special attention to the legal aspect of the panel if you're planning on monetizing your art.