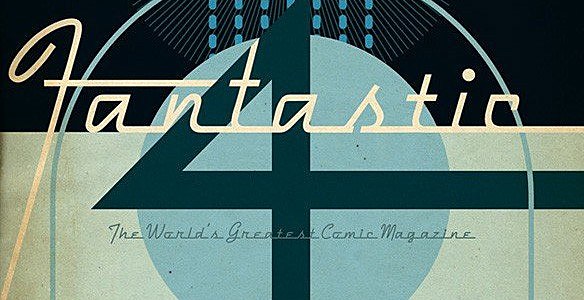 As is his wont, comics writer Warren Ellis has issued another art challenge to the members of his thriving Whitechapel community. Having yielded impressive results in the past when he asked his fans to imagine posters for a Spider-Man film directed by David Lynch and an Iron Man movie helmed by Stanley Kubrick, Ellis commanded his followers to create the cover of Fantastic Four #1. Naturally, what the Whitechapel members returned with is nothing less than inspired.

Ellis' caveat for this Fantastic Four challenge was that the artists would have to forget everything they know about the classic Marvel Comics superheroes, and imagine they're hearing the story for the first time.

You have been told that the comic is about four people who steal a spaceship, fly into space, get heavily irradiated by cosmic rays, and return to earth weirdly altered by their experience.

And that's it. The bastards haven't told you one more damn thing than that. Not a clue. They might all be women. It might be about the Indian space programme twenty years from now. For all you know this is a JG Ballard story, for christ's sake...

It's up to you what kind of company you're at. What kind of comics you make. How you translate that description of The Fantastic Four. What era you're in. Who you are, even. Go nuts with it.

Below are some of our favorites. 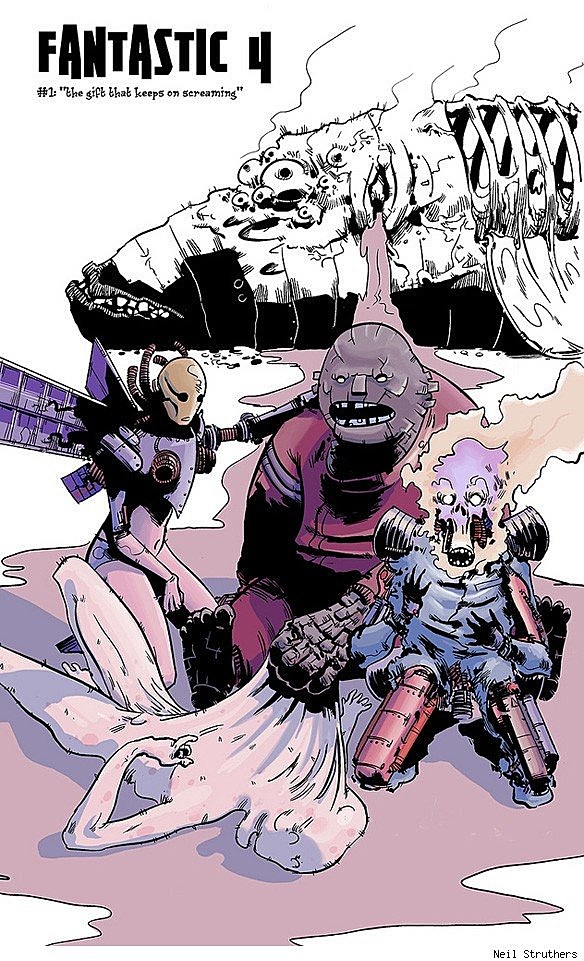 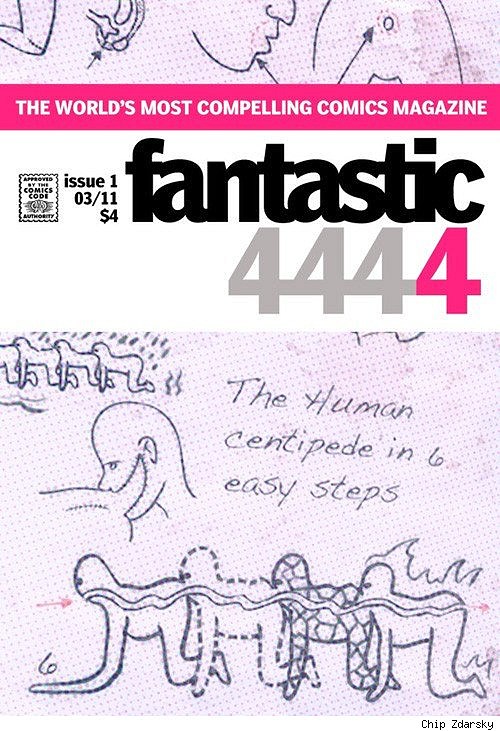 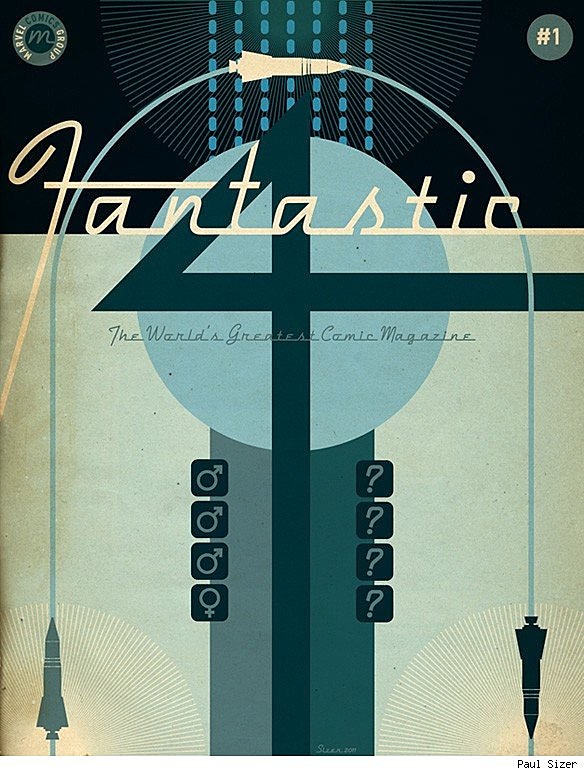 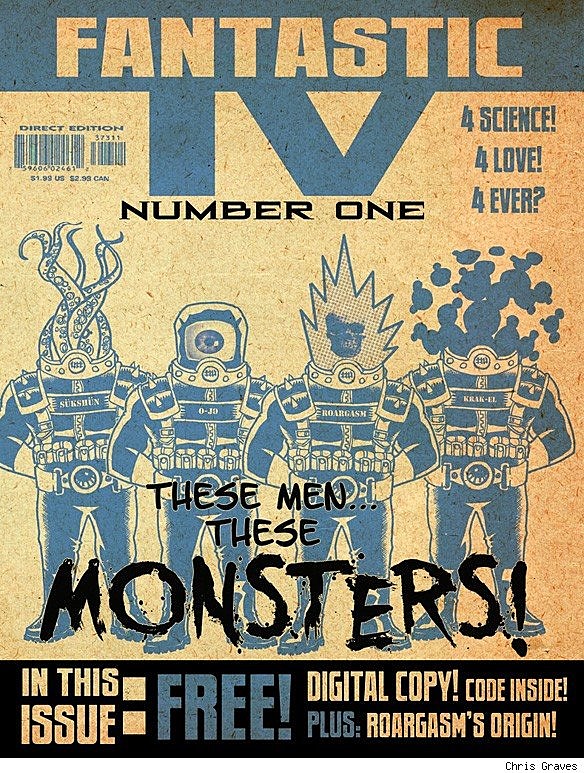 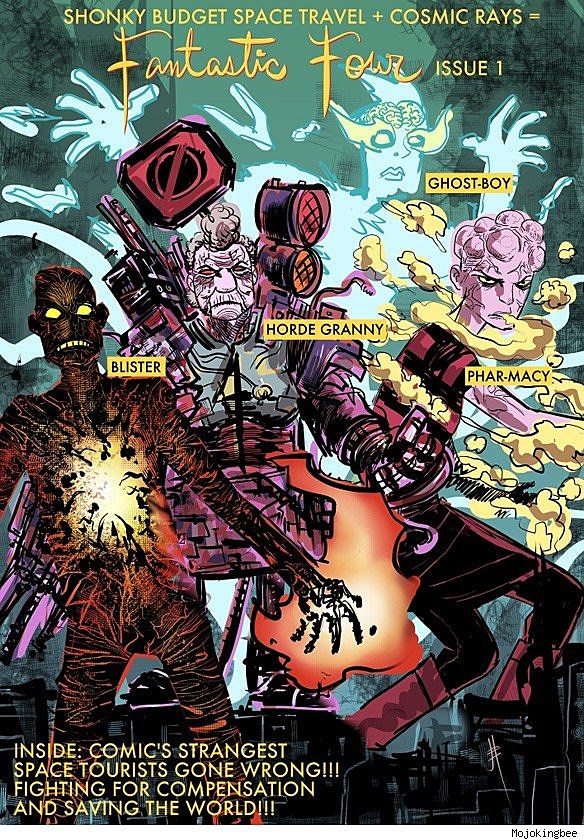 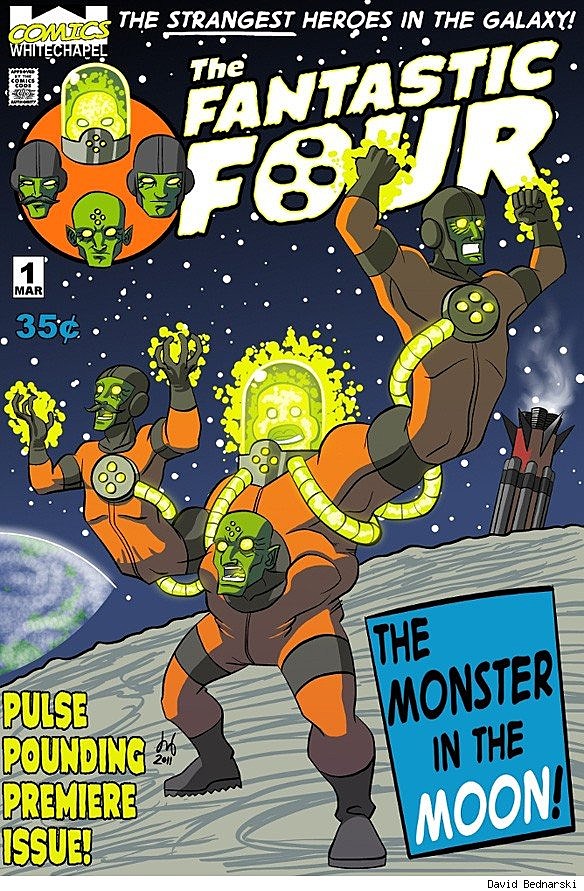