This is an exciting time for space exploration, with the Curiosity rover rolling across Mars, analyzing soil samples and detecting radiation. But as wondrous as the science is, it's hard to forget the romance of pulp space exploration: brilliantly colored landscapes, bizarre creatures with improbable physiology, foreign cultures with languages and beliefs that don't quite fit human perception. Illustrator Jesse Tise creates a colorful view of the cosmos, with retro astronauts, four-eyed aliens and beings who may transcend the extraterrestrial to become divine.
Much of Tise's work features space and alien worlds. His book Xenology is a a guide to a distant galaxy filled with strange flora and fauna. His Starry Eyed zine contains surreal scenes perhaps depicting the mythological adventures of early space explorers. Meanwhile, Space is the Place, is inspired by the jazz musician Sun Ra, who claimed to be an angelic being from Saturn. The resulting pieces are filled with god-like beings and astronauts form other species. The scenes evoke the playful colors and backgrounds of animator Mary Blair with the symbol-laden landscapes of Surrealist Joan Miró. 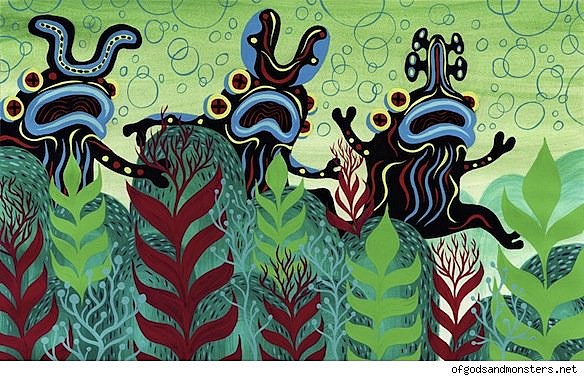 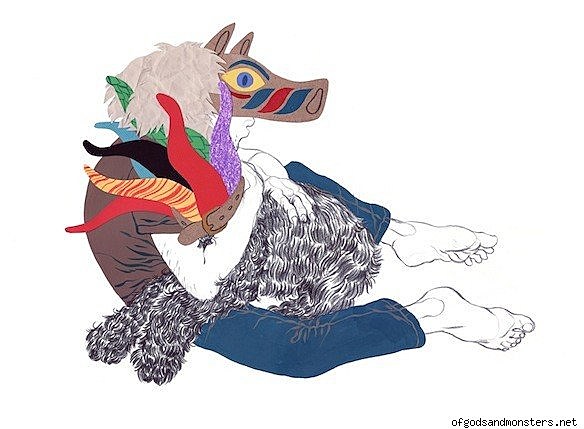 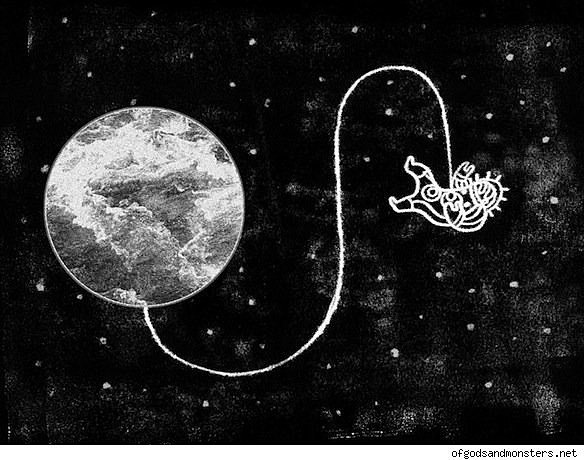 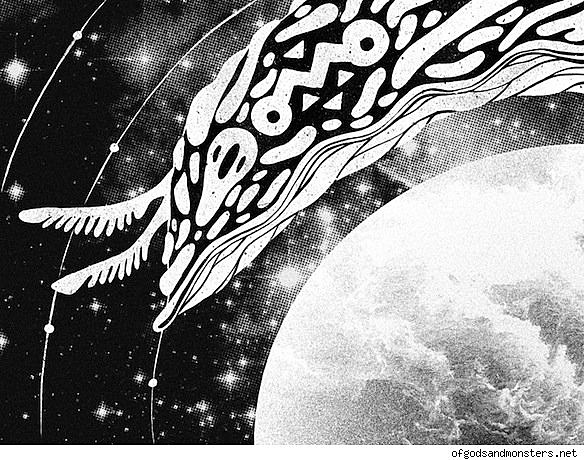 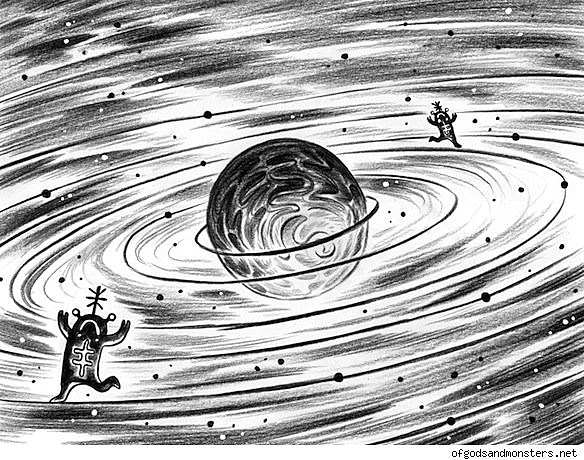 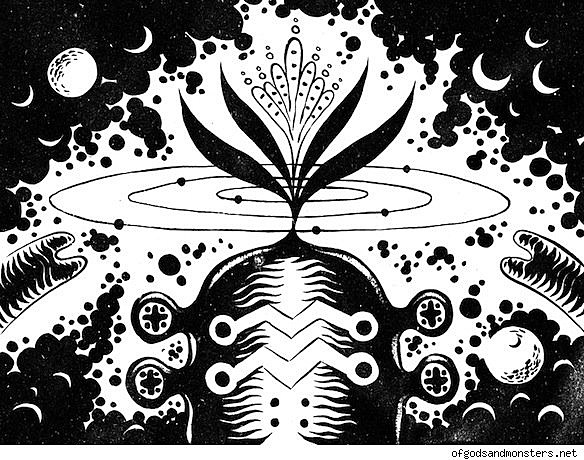 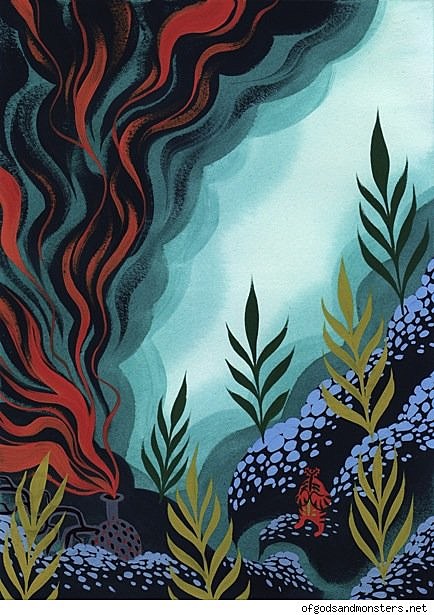 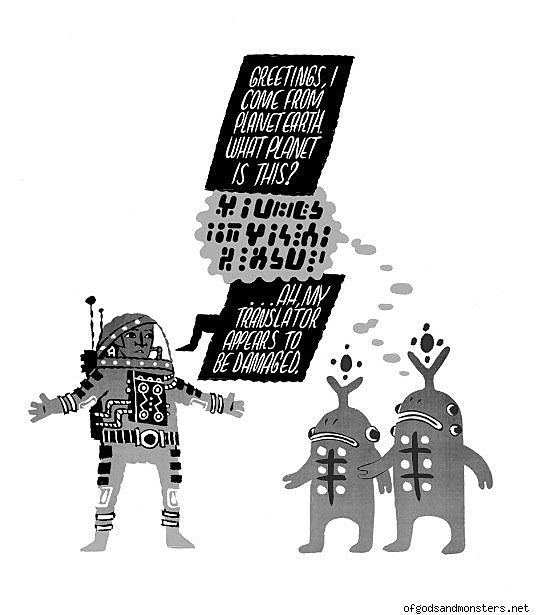 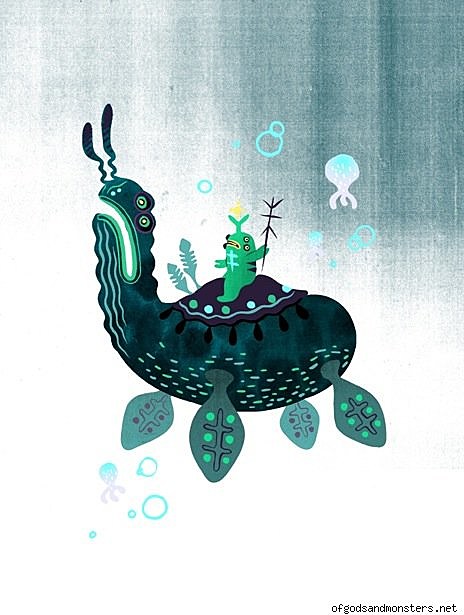 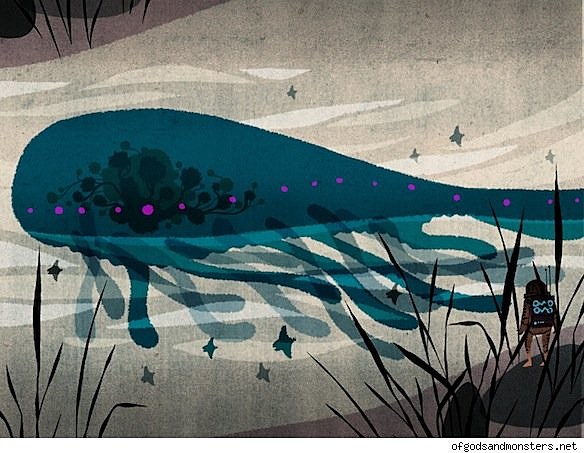 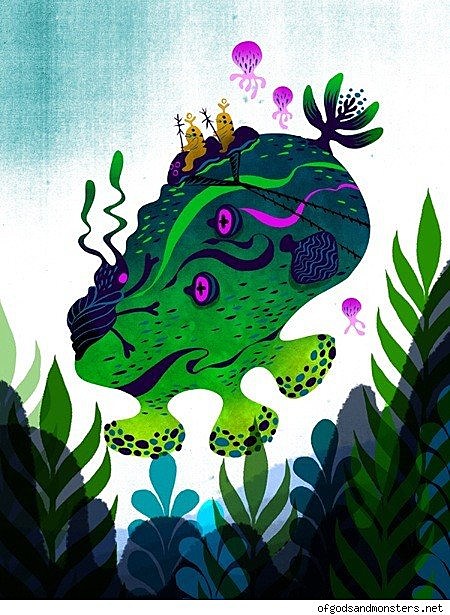 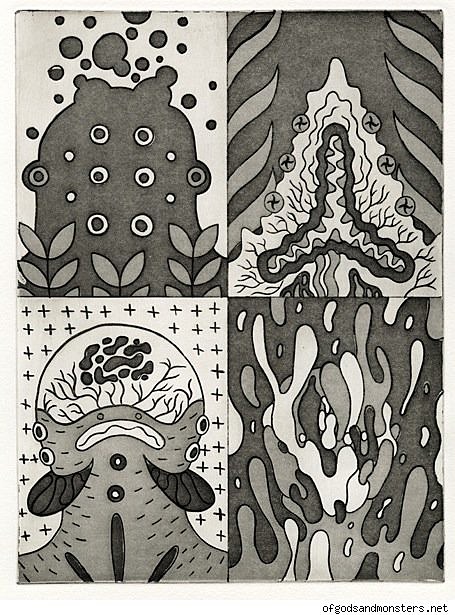 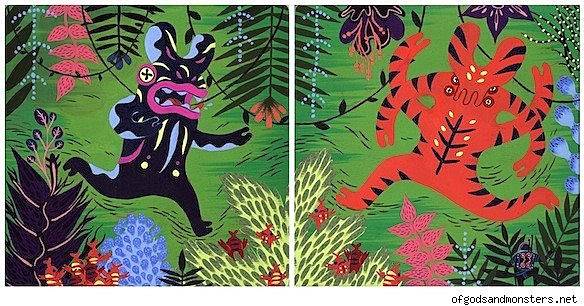 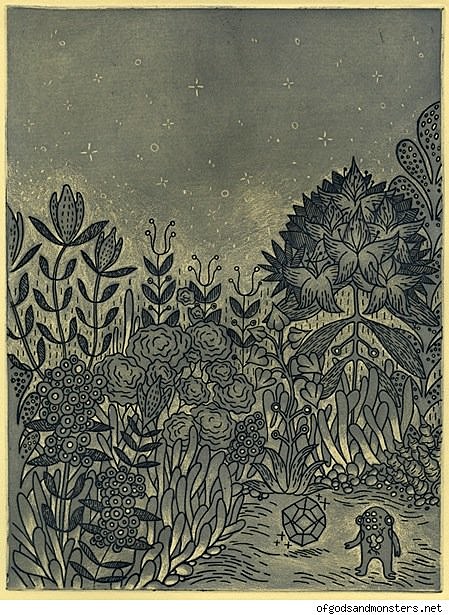 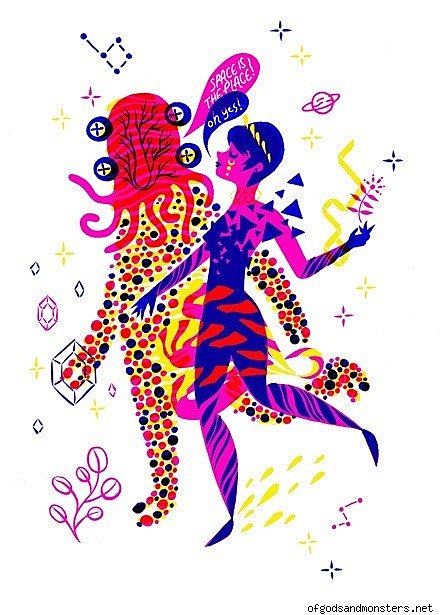 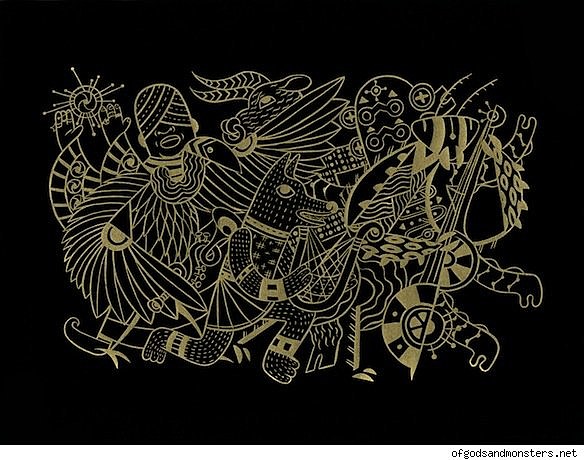 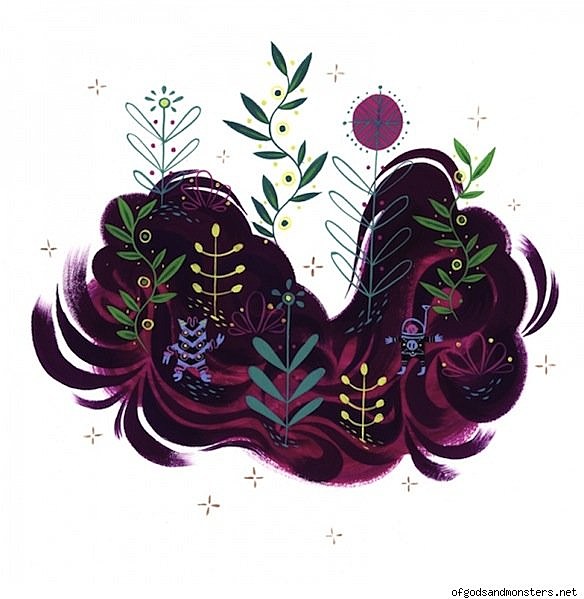 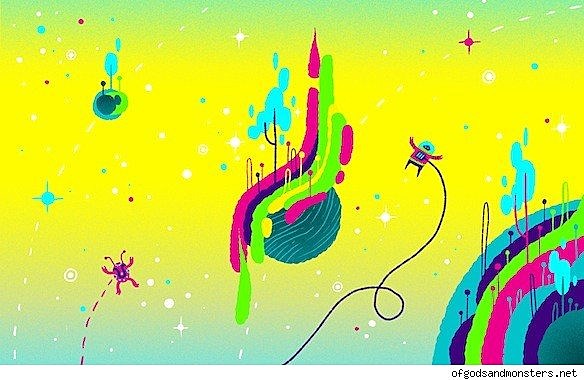 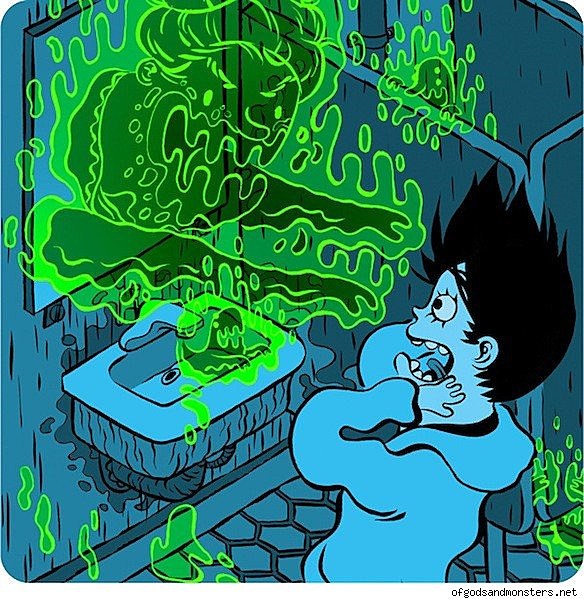 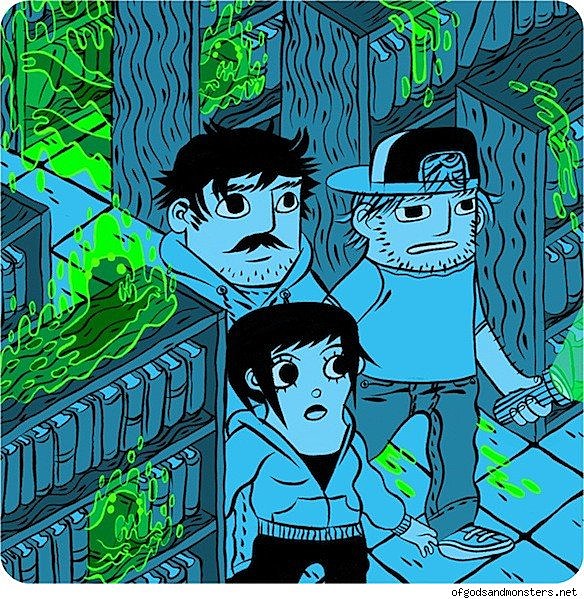