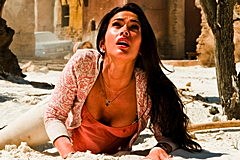 Games: Footage of the canceled XBox 360 "Flash" video game hits the web, and unfortunately, it looks pretty fun. Please enjoy this porthole into the Elseworlds universe where you would have been able to play it. (Joystiq)

TV: Fox orders a TV pilot for "The Bradleys," based on characters from the Fantagraphics books by indie artist Peter Bagge. (Splash Page)

Anime: "Gantz" holds the special distinction of being both one of the most violent and the most interminably slow anime series I have ever seen, and now the ponderous, head-exploding freakshow is on its way to live action film, where it can bore and horrify us in three dimensions. (Topless Robot) 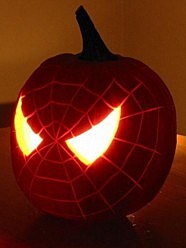 Geekery: Halloween is still weeks away, but I doubt I'll see a pumpkin feature that can top these 130 Geek Jack O' Lanterns. (Walyou)

Webcomics: The real story of why NASA decided to blow up the moon. (Overcompensating)