ABC's six-season magical-realist "Lost" -- largely spearheaded by showrunners and co-creators Damon Lindelof and Carlton Cuse -- came to its end on Sunday night, bringing to a close an extended, complex time-traveling epic. Was it satisfying? Let's be honest here: Much like "Battlestar Galactica," I don't think it was possible to craft a universally satisfying conclusion; I think it's safe to say that many fans of the characters probably felt okay with the episode, while the puzzle-solvers are stymied.

What's really remarkable about "Lost", though, is that it ended at all. It wasn't canceled, the showrunners didn't leave, it didn't switch lead characters or change direction -- for better or for worse, it was a serialized story that was told from beginning to end by a distinct authorial voice, and that's a lot more than you can say for the vast majority of network television even now.

That's the thing about the ending, whether you liked it or not: It was the story's ending. It wasn't tacked on by executives, or quickly formulated due to a swiftly-announced cancellation, or the product of the show petering out after three executively-mandated showrunner changes to extend the show to twelve seasons. ABC let Lindelof and Cuse run with the idea and tell their story to the end, and this singularity of vision and message is why the fanbase was able to actually regrow its ranks in the final season while people kept catching up to see the story as a whole. "Lost" brought cable TV's era of the auteur to network television, the idea of a finite, serialized, single story with a single voice that actually ends.

So how does this relate to comics? Well, it really only relates to superhero comics, since non-work-for-hire stuff is already doing whatever the hell they please, but I think that the most well-received recent superhero comics -- critically and commercially -- have been works that are both wholly of the universe and the characters and wholly of the author.Grant Morrison, Geoff Johns, Brian Michael Bendis, Mark Millar, Ed Brubaker, Matt Fraction and Jeph Loeb are all creators whose styles are largely inimitable, and after paying countless dues in the industry they've earned the right to tell their stories at the pace, and with the content, they see fit, up to and including an ending to their story. It's the nature of work-for-hire superhero properties that the stories of the characters' lives and adventures can never really end, but the immediate story that the creators are trying to tell certainly can. Bendis's "Alias", Bendis and Brubaker's "Daredevil" runs, Jeph Loeb's "Superman/Batman", Mark Millar's "Ultimates" -- these are all stories with beginnings, middles and ends that leave the characters in position for new stories while completing the creative team's authorial statement.

At the same time, it can sometimes be difficult to reconcile these alpha creative personalities with the lower-tier creators and books that have to work around them. It's easy to give a Grant Morrison or Ed Brubaker full creative license with a suite of characters or corner of a fictional universe, but there's inevitably going to be the stepping on toes of younger talents just trying to tell their own stories. And in a game of story-chicken, whoever sells over 100,000 copies is probably going to win.

With a show like "Lost," this isn't a problem, since it's not like there's "Lost: Special Victims Unit" to coordinate continuity with, but it'd certainly be a barrier to someone trying to do a season-long arc about urban decay and the failing school system in "CSI." Which sounds like a sisyphean task to begin with, but there you go. 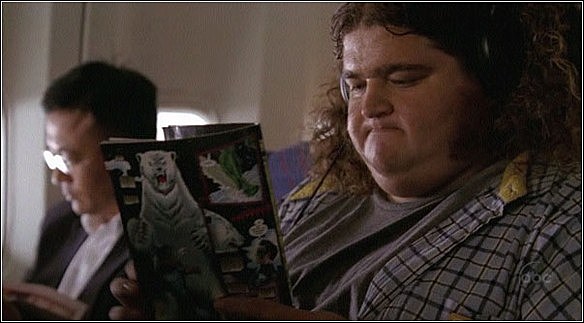 How do you get around this problem? When handled badly, you end up with a bunch of machine-cog one-shots and miniseries, either filling in slots on the publication schedule or positioning characters or events from point A to point B in service of an alpha creator's personal story. When handled well, with a sort of proper mentorship -- Geoff Johns and Sterling Gates, Ed Brubaker and Matt Fraction, Brian Michael Bendis and Jonathan Hickman -- you can introduce a new writer to the fictional universe on a collaborative level with the alpha creators rather than a competitive one, allowing those new creators to tell their own smaller but equally personal stories that can achieve their own success rather than simply accentuate or highlight other creators' stories.

Lindelof and Cuse weren't major names when "Lost" premiered -- it got a lot of traction from the involvement of J.J. Abrams ("Alias", "Felicity") -- but they certainly are now, and they've raised themselves to the point where the industry is pretty much eagerly awaiting their next projects.

While a lot of this comes down to talent -- crappy creators are gonna make a crappy comic no matter how you cut it -- you're never going to allow talent to shine if you don't give them enough rope with which to potentially hang themselves. ABC lent Lindelof and Cuse that rope, and warts and all they've got a six-season box set, a largely cohesive work that'll probably make them scads of money for a long time rather than lying unsold, irrelevant and forgotten like so many other completed TV shows.

DC and Marvel would do well to follow this example: go for the gusto, not just with your A-list writers, but with everyone else, too. Let them tell their stories, because the readers can tell the difference and it'll be rewarded, and that's how you get a new A-list writer. It's worked with Lindelof and Cuse, it's working for guys like Tomasi and Hickman, and at least creators who can't cut it will be allowed to fail on their own merits rather than being set up to fall like so many editorially mandated books have tossed young creators to the front lines.