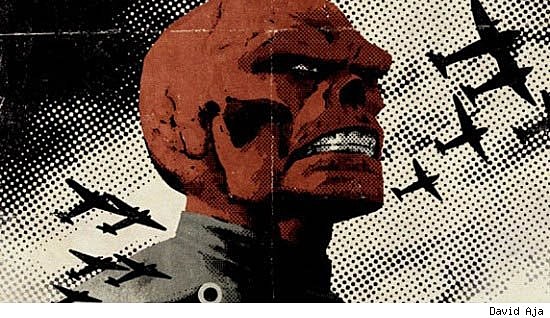 Dealing with characters in a historically accurate environment can be tricky. Origin stories for villains with vague, unspecified pasts can be pretty hard to pull off, too. Typically, unsuccessful forays are quickly sloughed off in continuity sheddings, relegated to "imaginary story" status, and brushed away as interesting, but non-canonical, non-essential chunks of ignored lore. That's when they're unsuccessful. When they're successful, when they're challenging and new and good, they're lauded, embraced, and cemented into the official story.

Red Skull Incarnate by Greg Pak and Mirko Colak is due for some embracing, so get your arms loosened up.Certain aspects of Red Skull's origin have been continuity for awhile now. We know that he used to be Johann Schmidt; that his mother died in birth and his father committed suicide; for a short time he lived with a Jewish shopkeeper and his daughter, and that while serving as a hotel bellhop, he was recruited by Adolf Hitler himself. The rest of the story remained murky until Red Skull Incarnate, which explores the origins of the Red Skull in the historically accurate, "real world" setting of Germany preceding World War II. Finally.

It's a story that's been begging to be told for years now. In fact, it was even attempted at one point. When Mark Waid and Andy Kubert attempted to tell the Skull's origin through his own eyes in Captain America #14, it was re-written at the last minute, without Waid's knowledge, leading to his resignation from the title. Recently, the original, unaltered story was printed in the Captain America: Red Glare collection, and readers finally got to take a look at the inner workings of the Skull's mind. As great as that story is, Incarnate goes farther into Red Skull's past, and much, much deeper into the world that made him possible. 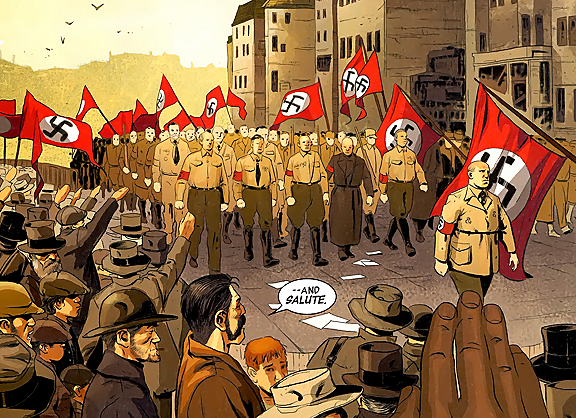 When trying to understand real despots like Adolf Hitler, or fictional villains like the Red Skull, you have to understand post-WWI Germany, and Red Skull Incarnate does a good job of providing that essential background. (It's not Jason Lutes' astounding Berlin or anything, but it doesn't need to be.) Following Germany's defeat in WWI, the country was broken both financially and spiritually. The Versailles Treaty required complete disarmament and demilitarization, and reparations paid to other countries that totaled over 400 billion 2011 US dollars. Germany went from one of the richest nations to one of the poorest in short order. The imperial government was replaced with the Weimar Republic, and with no reserve and no infrastructure, the country lapsed into hyperinflation, massive unemployment, rampant poverty, and a powderkeg of political turmoil.

This is the cauldron where the Red Skull is born. Johann, nine years old, lives in an orphanage in Munich where the children get just enough to survive. The headmaster is cruel and abusive, bordering on sadistic, and constantly drilling his hatred of Communists, the sad state of the German race, and the superiority of the emerging National Socialists into his charges. Though already cynical and mostly interested in his own well-being, Johann is also loyal and empathetic, but the hard realities of a life oriented around survival soon change that. When Johann sees an opportunity to escape the orphanage, he does so without hesitation, leaving his friend Dieter behind. 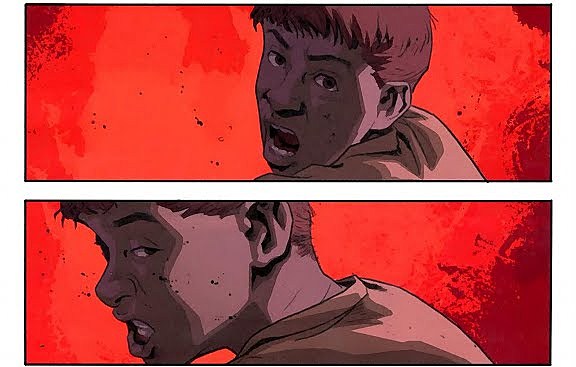 There's something almost fable-like about Johann's years on the streets. After eluding the cruel headmaster, he learns a valuable lesson from a dog-catcher, finds shelter and a sense of self-potential with a kindly Jewish shop-owner and his daughter, and takes up with a fatherly gangster. Each temporary father figure imparts a cruel truth to Johann, and the brutal realities of life in Weimar Germany hack away at his suspect moral core, tempering him into something much more dangerous.

With Communists and Nazis clashing almost daily, and gangs taking control of the streets, Johann's capacity for violence and manipulation increases. He aligns himself with whomever can provide protection, then gladly turns on his protectors as soon as it benefits him. By the time he joins the Nazi party, he's already killed several Nazis. Ideology doesn't matter to him. Schmidt only believes in himself, and the only way for him to survive is the acquisition of power. When Schmidt finally meets Hitler, it's not by accident. Through murder, manipulation, and betrayal, Johann places himself at Hitler's side, cementing his place in the Third Reich while posing as nothing more than a bellhop. 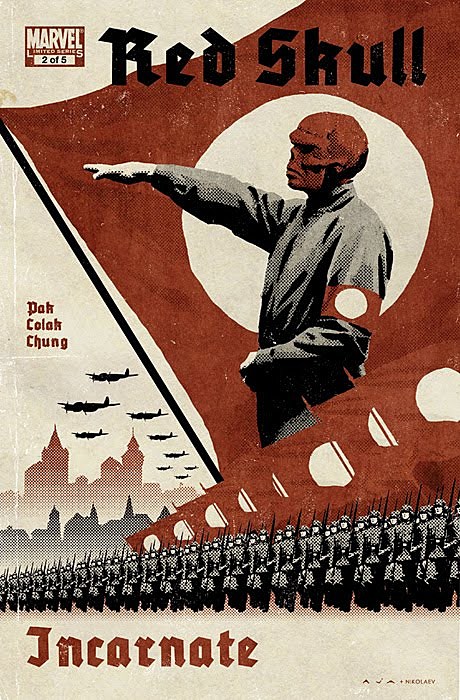 Red Skull Incarnate is a thorough psychological portrait that savagely avoids cliche. Pak never makes the easy choices in his storytelling, and each major turning point is delivered in unexpected ways. The ending, which everybody knows is coming, is still surprising, fulfilling, and even more ominous than foreknowledge prepares us for, and the characterization is on another level entirely. Watching Johann transform from an orphan boy into a powerful sociopath is seriously engaging, and Pak performs these feats without making excuses for Johann, and without making him unsympathetic. It might be Pak's most skillful work to date.

The artwork is fantastic throughout, cover to cover and everything in between. Literally, there's not a bad panel in these five issues. Colak's interiors are precise without being rigid, with smart layouts and thin, only slightly-sketchy lines. The character work is rich and impressive, conveying a lot of emotion in just a few lines, and the subtle changes in Johann's affect are downright creepy. The backgrounds, though sometimes spare, are perfectly staged, and his talents for architecture definitely shouldn't go unnoticed. When he draws the crowd scenes of political rallies and riots, he's able to convey the size and manner of the mob without overloading the page. And David Aja's covers are, simply put, perfect.

With little hoopla surrounding this series, it managed to fly under quite a few radars. But as we approach the end of the year and the best-of lists are compiled, Red Skull Incarnate has definitely earned some consideration. By navigating the ruddy waters of history, real history, to provide context for the Red Skull, Pak and Colak have delivered the definitive work on the character. And there's no reason why it shouldn't be accepted as the official, canonical, not-ignored and absolutely essential origin story.

Buy single issues of Red Skull online or at your local shop, or preorder the trade paperback collection.