If you've been reading ComicsAlliance for a while, then you're probably already aware that we're huge fans of Tom Fowler. Whether it's pin-up pieces for Comic Twart, stories for MAD Magazine or art for comics like Mysterius the Unfathomable and Deadpool Team-Up, Fowler brings an incredibly fluid sense of motion to everything he does, and it's always a treat to see.

That's why even though I loved Tony Moore's art in Venom #1, I was incredibly excited to learn that Tom Fowler will be stepping in to provide art for Venom #3, with more issues to follow. And even better, he put up three action-packed pages on his blog, showing off a sequence where Venom tears through a string of enemies, including a guy who appears to be riding a hoverboard that looks like a ghost from Pac-Man. Check all three pages out after the jump!For those of you who haven't been keeping up, the current Venom series is scripted by Rick Remender and follows former high school bully Flash Thompson, who has been picked by the government to use the Venom symbiote as their one-man special missions force. Not only does this give Thompson the powers and abilities of his hero, Spider-Man, but while he's using the symbiote, it functions as the legs he lost as a soldier in the Middle East.

The catch, of course, is that he can only bond with the symbiote for a limited time without it taking over and leading the military to end his tour of duty with a fatal killswitch, and the more he loses control of his own anger, the stronger the bond between Flash and Venom becomes.

And from the looks of Fowler's pages, that's exactly what happens here: 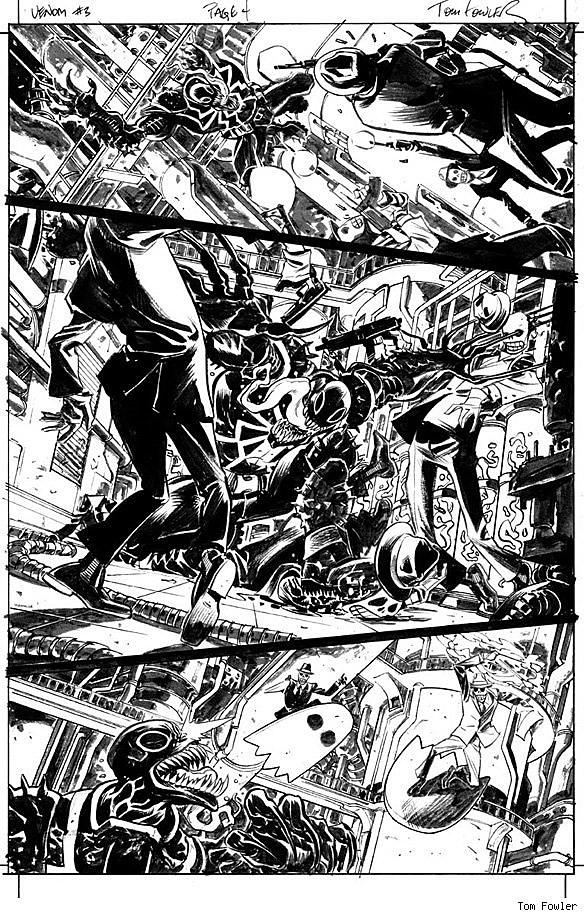 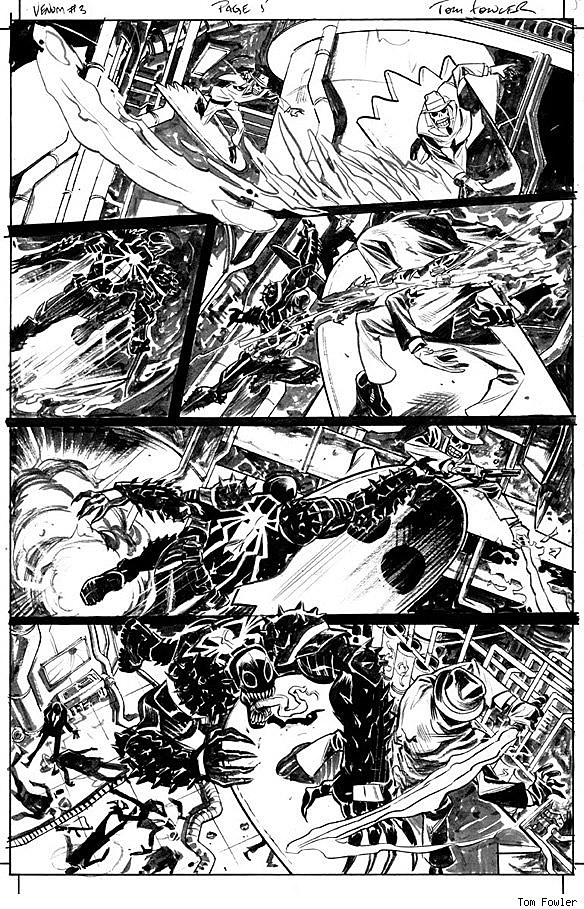 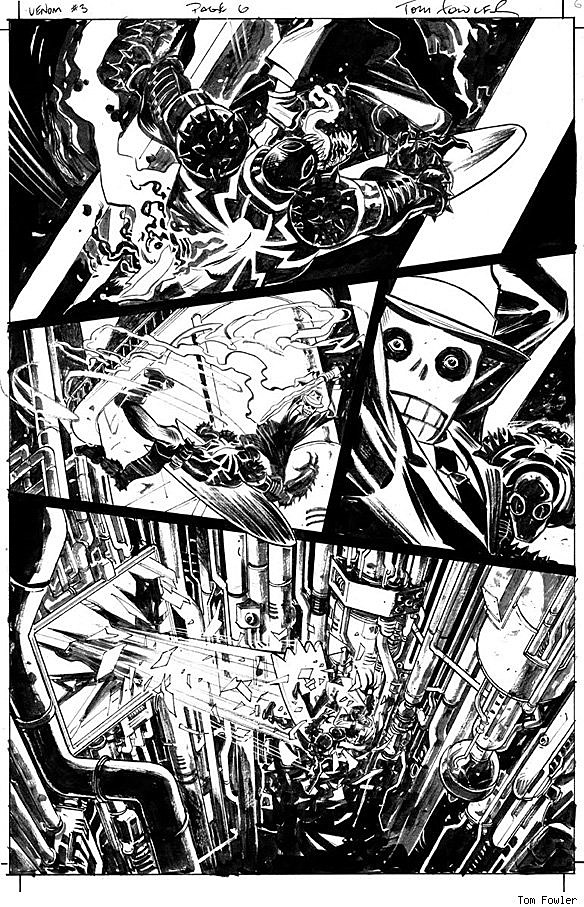 The pages above will be in Venom #3, but Fowler will return to provide art for #5 - 8 as well. For more awesome art, check out his blog!