Q: It seems like every super-hero has to have some kind of terrible tragedy in their past to motivate them. Who do you think has the most screwed up reason to fight crime? -- Erin, via email

A: Well, Batman's parents were straight up murdered in front of him, so that's pretty hard to top. You could say Superman's circumstances were worse, seeing as his entire planet was vaporized, but he was just a baby at the time. And Dick Grayson's parents' deaths were just poor ripoffs of Bruce's origin. 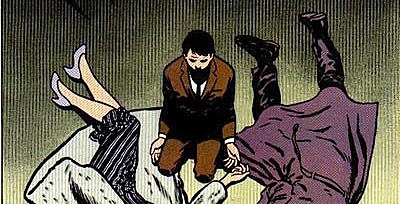 You guys know I'm going to lean towards Batman every time, and, well, this time isn't any different. Hands down, he wins the most horrific origin when you take into account psychological trauma.

You guys know I'm going to lean towards Batman every time, and, well, this time isn't any different. Hands down, he wins the most horrific origin when you take into account psychological trauma.

Q: Would the "My Little Pony" ponies be more of a competent foe for G.I. Joe than Cobra? Can they even use guns? What colors would their lasers be? --@leapindog

A: It's like you have just stepped into my wheelhouse, looked around, took inventory, and come up with this question. First, I can't imagine ANYONE being less competent than Cobra. So just from being sentient beings the Ponies have the advantage.

Second, the Ponies are smart enough to strap the lasers to their sides. If they even need the lasers. I mean, come on, they are led by Celestia, the Pharaonic God-Empress of Equestria who has domain over the sun. She could beat Superman if she wanted to!

A: Now, this one was weird, you guys. I swear I heard this same nonsense phrase last week when I was walking out of a Gamestop. I had just traded an evolved Purrloin for a legendary Woobat and I had my head buried in my Nintendo DS and wasn't really watching where I was going. So, of course I walk right into this crazy homeless person's little nest next to the Gamestop dumpster!

She started yelling at me in some foreign language and I tried to explain to her that I totally bilked a twelve-year old out of his rare Conkeldurr, but she wouldn't listen and just kept screaming. I'm not sure what her problem is, but since then every time I look in the mirror it's like I see an extra shadow on the other side that I can't account for.

If anyone can translate that phrase for me, let me know! Maybe she wanted to trade me an Amoonguss, a double-mushroom pokémon who totally has pokéball extremities. Yes, this is a thing that exists.

Q: Hey Chris! Love your column. I just wanted to know what you think about Tommy Wiseau's next project. I heard it's a horror film. What do you think? -- @dorealis

A: I think it's brilliant. Tommy Wiseau is such a terrible actor, so if you can play off of that then-

Hold on. I'm sorry, I'm having trouble concentrating. I try to think about Tommy Wiseau and I just... I can't see very well right now.

I need to move on to the next question, my mind feels foggy when I try to think about this, I'm sorry, I'm sorry.

A: Now here's a question! But you have to clarify - are we talking Macho Man, Intercontinental Champion years? Or when he teamed up with Ultimate Warrior? Or, even better, when he was a member of the NWO?

Reality. This reality vs. the mirror. I see myself in the glass, but I can't catch my own eyes. I look nervous, afraid, sweating. Why do I not want to see myself? Who am I afraid of seeing? Chris Sims. Chris Sims. It's me... It's only me! 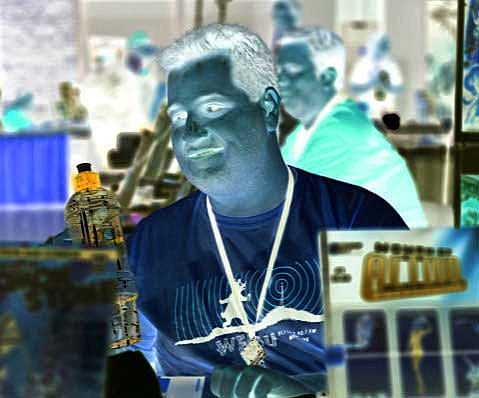 Q: Do you think Jimmy Olsen could keep a job at a real newspaper? -- Richard, via email

A: Regular Ask Chris readers already know of my love for Jimmy Olsen, so you know I've pretty much considered every Olsen-centric question.

Thinking of giant turtle Olsen, he could hold down a job pretty much anywhere, but you know...

Ah, I see. In there, I am not Chris Sims. I am still myself, but... No. I looked! He looked! His forehead, damp with sweat, it's peeling back. It's... It's... an eye! An extra eye, a third eye. And it's staring at me. It burns, it burns, my self burns from the gaze of this eye. I feel myself falling, falling, falling to pieces. My self, a puzzle that needs to be solved.

Yes, Jimmy Olsen could keep a job at a real newspaper.

Q: What's the worst thing John Byrne's ever written? Do you think he could ever really write something great again considering all the terrible things he's said? -- @lakitusdong

A: An angel, one winged, flying down through the sun's roof, I see it now, I see it, it comes, IT COMES FOR ME, I CANNOT SPEAK, MY EYES RENDERED BLIND, MY -

I SEE IT, IT HAS LANDED BEHIND ME, BEHIND YOU. Turn around, Chris Sims, please, stop staring at me with that eye and LOOK BEHIND YOU, THE ANGEL, THE ANGEL -

is a pony. a small pony. it says it is mine. i ask for no ownership, i ask the pony to hold on to its agency, its own sense of self, but it gives itself up, up to me, it has become a PART OF ME. 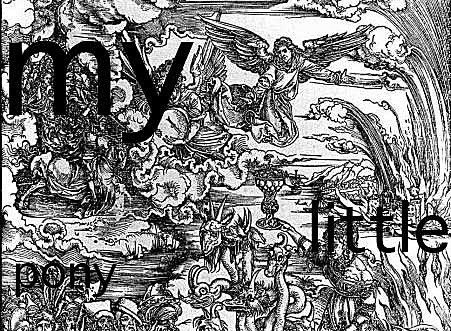 Q: Do you think Batman would run as a Republican or Democrat? -- Kary, via email

A: Batman. The word has lost its meaning. I've said it often. So often. It's become robbed of its power. I think of the air as Batman, the unknown particles that keep us all alive - Batman, the trees, the people, space, all of everything ever - who am i, who i am 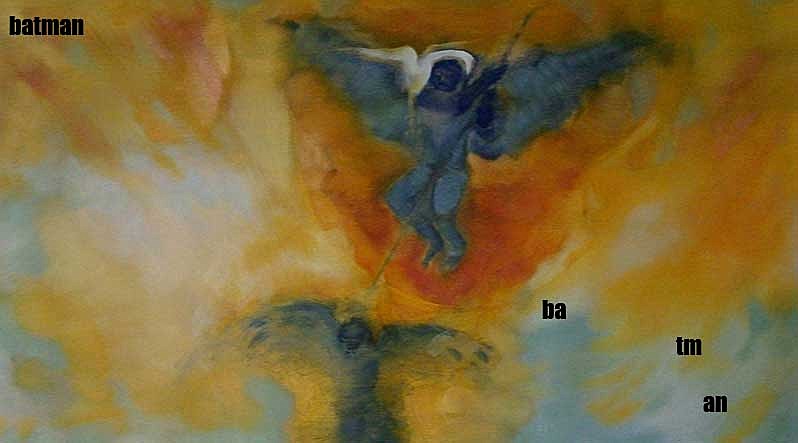 my identity, sense of self, diminishing. chris sims, I can't see him, can't feel him. can you see me? or am I looking at myself through this screen? I'm lost, feverish, the sweat pouring off my forehead, my fore head, it's splitting, it's open, I CAN SEE I CAN SEE NOW, LOOK AT ME FOR I CAN SEE!

I journey through self, afraid, marching, and I have no choice in the matter.

looked, really looked, and I see myself.

Q: Who wins in a fight, Gay Batman or Gay Pikachu? -- @mitsumonster