Coran Stone cartoons only exist on our fantasy lineup of animation channels. But you probably already know that. Last year, Stone's ThunderCats and Super Mario Bros. art had us hooked with his soft color palette and happy facial expressions. This year he went even deeper, however, showing us such eyeball-shocking concepts as a hypothetical Inspector Gadget, Mega Man, RoboCop and Iron Man team-up.Those fellows are accompanied in his devianART gallery by Popeye, some Batman/Hulk action and an image from the Toy Story sequel we would really like to see, featuring Hobbes and Winnie the Pooh. And, like we glimpsed earlier this week, there's more Calvin and Hobbes action where that came from, with scenes from another movie we'll likely never see.

Do step into Stone's world, though. It is a happy, happy place where the Ghostbusters and Scooby -Doo's pals hang out together and crazy Batman artwork shows up all of the time. You won't regret it. 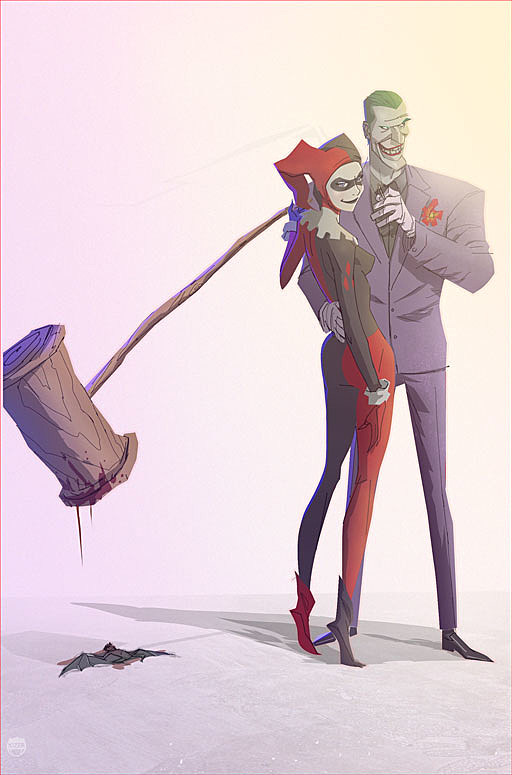 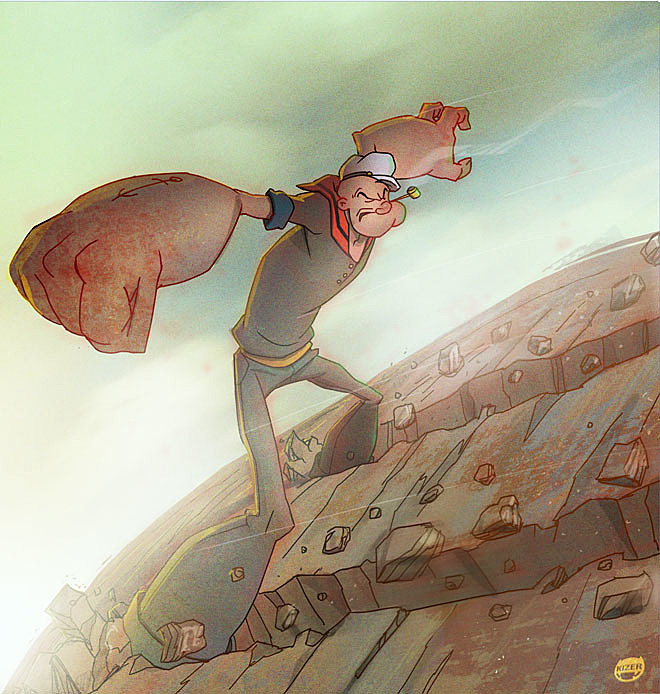 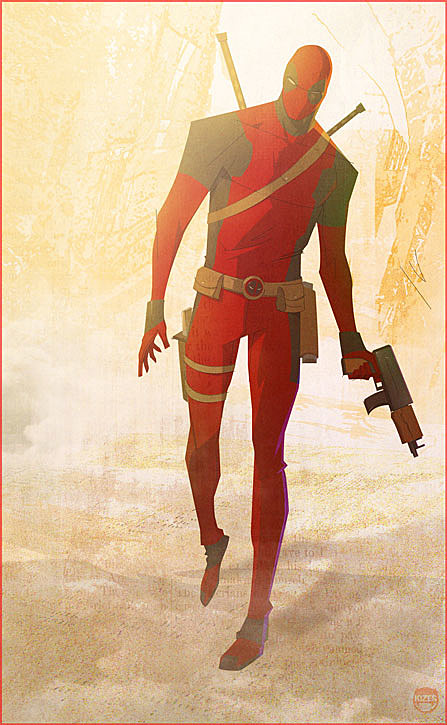 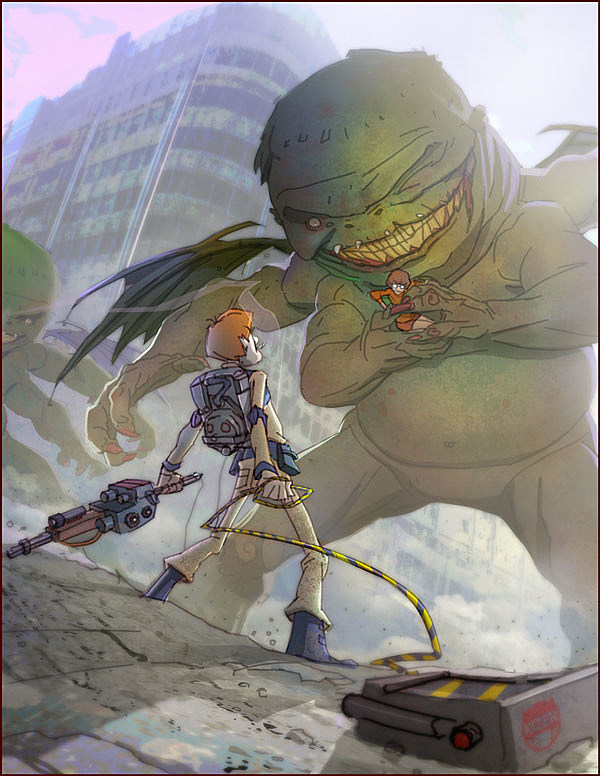 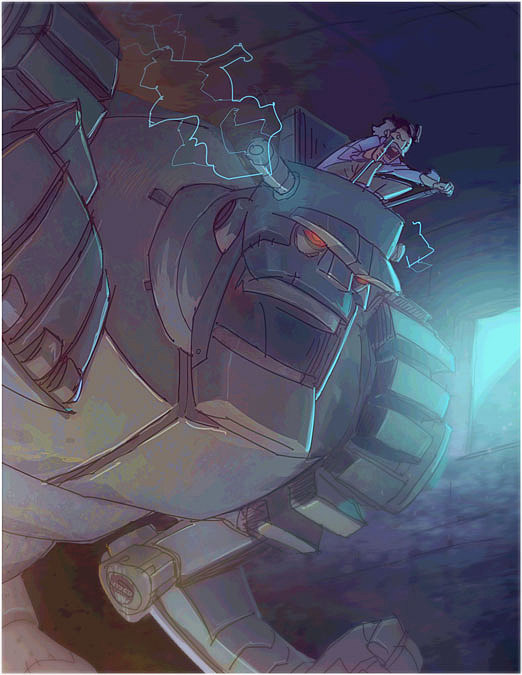 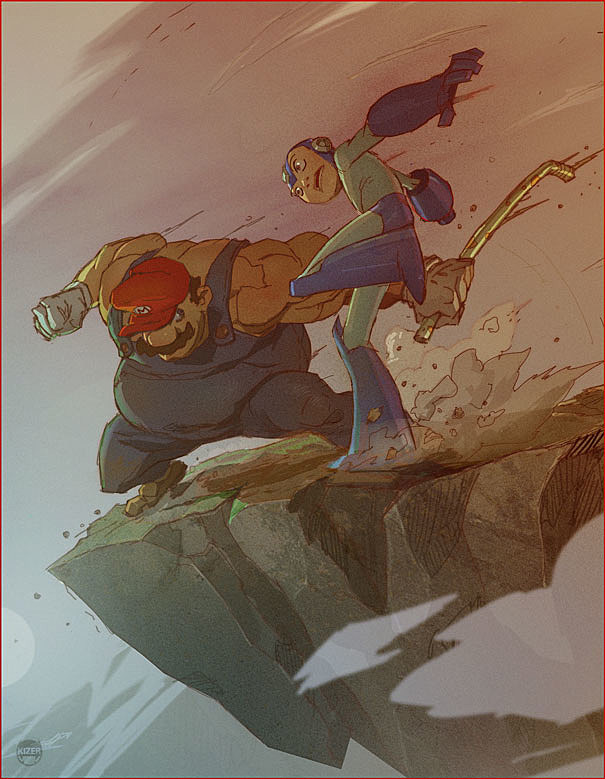 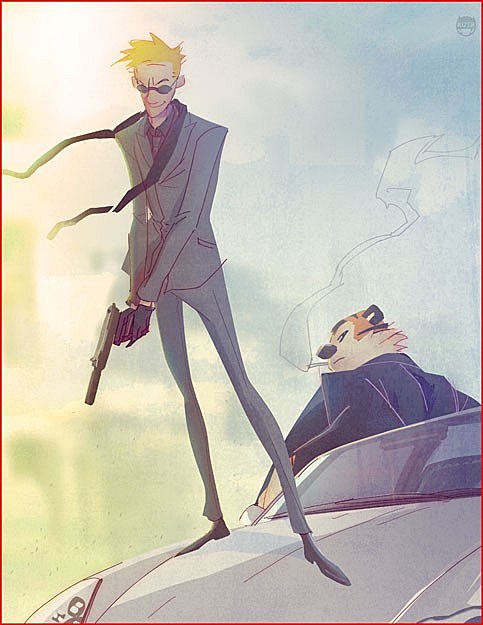 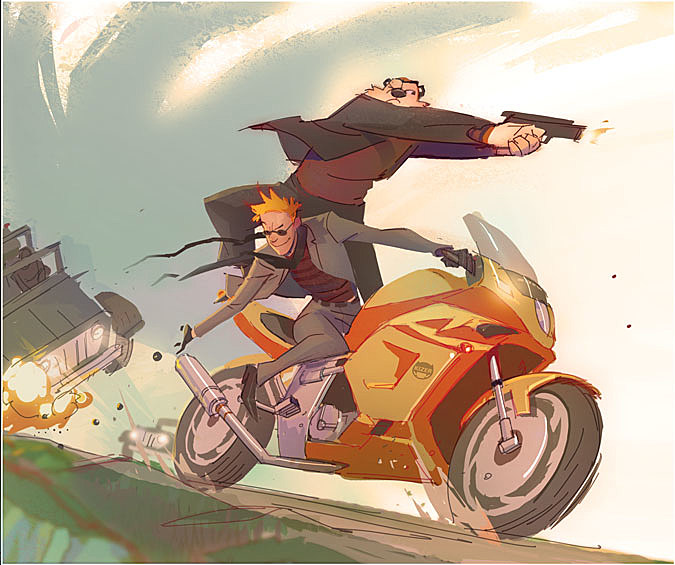 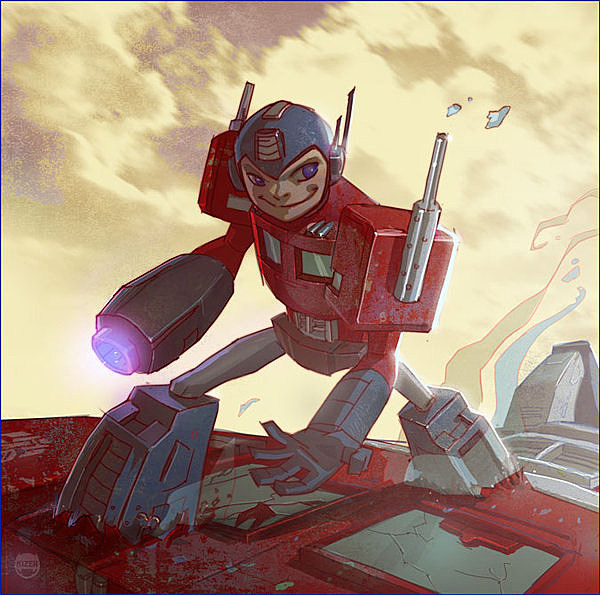