Diamond Digital was announced last week -- a digital comics delivery system based around going to your brick-and-mortar store, purchasing a download code printed on a piece of paper, and then taking that code and punching it into your phone, tablet or home computer via iVerse. It's the kind of odd left turn you expect from the comics industry at this point -- "Oh yes, you'd like to read our comics on your computer? Well, come buy this sticker on a piece of cardboard. WELCOME TO THE DIGITAL AGE!"

Dave Bowen, Director of Digital Distribution at Diamond Comics, speaking to The Beat:

We have a logic problem that we have to work through with this. Why would someone come into a comics shop to buy a digital comic?

Indeed.The thing to keep in mind about Diamond Digital, though, is that it's clearly and knowingly a stop-gap solution; a temporary system to fiddle around with while we wait for the real future to show up -- kind of like LaserDisc. As such, while in three or five years we'll likely have our digital comics consumption methods reasonably standardized (Marvel could start by winnowing its digital strategies down to two or three, maybe) for now it's worth setting aside easy mockery and looking at what Diamond Digital could actually accomplish.

It's important to look at Diamond Digital for what it is: a tool for direct market retailers. Diamond Digital is NOT a program designed to take full advantage of the growing digital marketplace. It is not the "iTunes" for comics. It is a program designed to function at a low overhead cost for both Diamond and the retailers, and to allow both of them to earn a small amount of money in the grey area between the physical retail model and the digital retail model. That grey area isn't huge, but it also isn't nothing, and in comics retail, every little bit helps. The way I see it, the best that Diamond Digital can offer is to fill in a few gaps for retailers.

GAP #1 -- New customers looking for something you don't have.

When I worked comics retail, we had a modest but steady flow of people who were not familiar with comics calling or coming in to ask us questions. Every person like that is a potential not only for a single sale, but to prove your worth as a specialized, knowledgeable retailer. If you don't have what their looking for, though -- whether it's because of a high-demand sell-out or you just didn't order it because of lack of interest from your regular customers -- then they aren't likely to try you again the next time they read a planted news story about Archie getting married, or get a nostalgic hankering to see the Transformers hang out with G.I. Joe.

The potential new customer's curiosity probably isn't strong enough to sustain the momentum required for them to wait on a special order from Diamond. Being able to offer them a cheap digital download, and putting on your friendly retailer face as you print out the code and walk them through downloading it right then and there on their dataphone, could win you the best kind of new friend -- the kind that comes by and gives you money for stuff.

You might also have regular customers who get a hankering to try something new, only to find themselves in the same circumstances, with the book sold out or never ordered to begin with. That regular customer might be fine to wait on a special order, but they might be a lot happier with the quicker gratification of a download code slipped in with their Wednesday stack. Speaking of regular customers, that brings me to the next point... 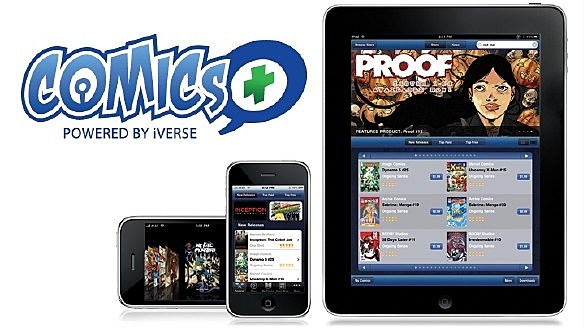 Now, a retailer's gut instinct may be to want to keep current customers wary of digital comics, so as to continue feeding them a glut of print -- and they might be right, in the short term, but they'd be losing sight of the long game. Digital comics are undoubtedly going to factor big in the future of comics as a medium and an industry. If I were a comics retailer, I would be looking for ways to turn digital comics to my advantage. Comixology's recently announced digital storefront -- a service that allows retailers to sell Comixology's digital comics library through their own websites, taking a portion of the proceedings -- seems like an interesting and positive step towards marrying traditional comics retail and digital purchasing without tying said digital purchasing to the actual physical storefront.

However, I would bet that there's a significant section of the Wednesday crowd that is unfamiliar or uncomfortable with digital comics. As a retailer, it might behoove you to try and make your current clientele at least baseline comfortable with digital comics, so that you can continue to serve them in an increasingly digital future. Provided the buy-in costs were low enough (and the buy-in cost on Diamond Digital, at least, appears to be pretty low) I could easily see a comics retailer participating in both Comixology's program and Diamond Digital, using the in-person hand-sell comfort of the latter to cultivate a digital audience that they can then serve through the former. This would prevent those current customers from drifting to a different digital outlet, and also lessen the daunting task of finding a whole new set of digital customers.

GAP #3 -- Losing sales to missing back issues or shipping costs. 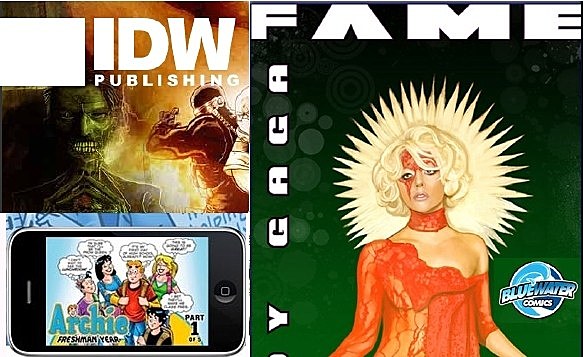 The back issue market isn't what it once was, but customers do still ask for older comics, whether to fill in a gap in a collection, to catch up on a current storyline being joined in media res, or just to find an old story they heard was worth reading. In my retail days, I had customers walk away without buying anything because I was missing one or two issues out of a storyline they wanted. They would gladly pony up for a whole six-issue run if it meant they got the whole story, but they wouldn't buy four or five issues if it meant skipping a chapter or two.

If Diamond Digital is able to build a large digital back issue inventory, a retailer would be able to offer all manner of old comics without worrying about using up space with physical inventory, or not being able to supply a crucial single issue out of a run. What's more, the several calls a month I used to field from people who lived too far away from a comic store to visit one but who balked at the idea of shipping fees or who were resistant to sifting through an online store (and let's not forget that there is a percentage of people who only access the internet through their phone) might be cheered by the notion of buying a few download codes over the phone, hanging up, and punching those codes into an app.

The back issue market might be further diluted by the availability, but that's mostly a dead horse anyway, and frankly anything that moves the comics industry further psychologically away from comics as collectible fetish object and towards comics as arts and entertainment medium is probably a good thing. (Note: I will still require my artistic fetish objects, thank you very much.)

If I'm being honest, the above examples almost all work better or best when dealing with publishers who are not currently part of Diamond Digital -- namely, Marvel and DC. While the current focus on independent-mainstream publishers might have a nice by-product of diversifying the buying habits of the Wednesday crowd (the digital versons are cheap for the customer and require no initial outlay or inventory space from the retailer), for Diamond Digital to be a truly useful tool for the retailer, they'll need to get Marvel and DC on board.

And while I'm making armchair criticisms, offering its digital comics as exclusive to comic shops for 30 days is a pretty useless feature of Diamond Digital. The people coming into comic shops already might be interested in exclusive special features on their digital comics, but they won't care if the comics themselves are exclusive. They'll buy them or not based on the convenience of already being at the store and whether the product is something they want at all. Meanwhile, folks who don't have access to a comics shop but don't want to wait 30 days for that exclusive comic to become available online will just pirate the book, since they won't have the option of a legal place online to purchase it.

Playing digital comics fantasy baseball for a second, what I'd like to see as the digital marketplace sorts itself out over the next few years is (a) an abandonment of the silly proprietary formats and readers that currently abound, with the industry settling on an easy-to-use mostly-universal format, and (b) for as many comics as possible to be offered digitally online, and in both physical and digital form in retail comics shops.

No participant or spectator could possibly expect Diamond Digital to function as a major player in the burgeoning digital market, but if it can earn its keep in the direct market by offering comics retailers an easy, cheap way to supply their customers with stuff they might want, it could be a very nifty addition to this weird industry we all call teacher, mother, and secret lover.