In the best of all possible worlds, the future of digital comics from Marvel and DC will be made up of day-and-date releases, cheap prices, and a vast back catalog. The present of digital comics, on the other hand, is mired in irregular release dates, prices that range from reasonable to absurd, and a back catalog that's actually well on its way toward being pretty respectable. The number one reason for the slow pace of the digital comics roll-out is that comics companies don't want to undercut or harm their retail partners. I think that's bunk. After the jump, I'll tell you why.

The most recent significant essay on this topic thus far can be found in this post by Comix Experience proprietor Brian Hibbs. In the piece, he describes a visual analogy that DC co-publisher Jim Lee used to illustrate the difference between revenue from print comics and digital comics.

Jim held up two hands. In one hand he had a regular 8 1/2 x 11 piece of paper, and in the other, he had a piece of dental floss. The former, he said, represented the revenues from print comics. The latter? Revenue from digital.

Now, clearly, digital will continue to grow - heck, maybe with a lot of effort and brain cycles, it might even grow to be the size, say, of an index card, but the actual real on-the-ground reality of digital comics sales are that they are a virtually (heh) insignificant way of making money for the publishers.

This same idea was echoed again and again and again by each and every publisher at the meeting, and even the very providers of digital services: this is not a significant revenue generator as of yet, and certainly NOWHERE NEAR able to match, let alone surpass, the sales from physical print comics.

I can't fault the analogy. It's apt, and Lee is certainly in a position to know how much income DC gets from digital comics. Where I part with Hibbs, Lee, and the other publishers mentioned in the post is what the analogy means.

Because of their fears about digital comics, retailers have pushed for publishing to stunt the growth of digital comics, and the Big Two have complied. Marvel routinely pumps out digital comics at $2.99 and $3.99 -- a price point higher than what most people are willing to pay for digital -- and day-and-date books from both companies are limited to marginal titles and limited series. If you want to follow the Marvel or DC universes via legal digital comics, you're out of luck.

Recently, Savage Dragon creator Erik Larsen did something surprising: he released an issue of Savage Dragon on ComiXology's online service simultaneously with its printed edition. But there was one more surprise waiting in the wings: the digital version of Savage Dragon #169 was priced at $3.99, which is a bit higher than the $3.50 the print version costs. Larsen, when asked about it, said "somehow Comixology can't do books that end in anything but .99--no idea why--and with day and date we can't undercut retailers." Rather than offering a book at a lower price than what's on sale at a brick and mortar store, Larsen chose to offer it at a higher price. So in essence, you're paying extra for the privilege of getting it digitally. 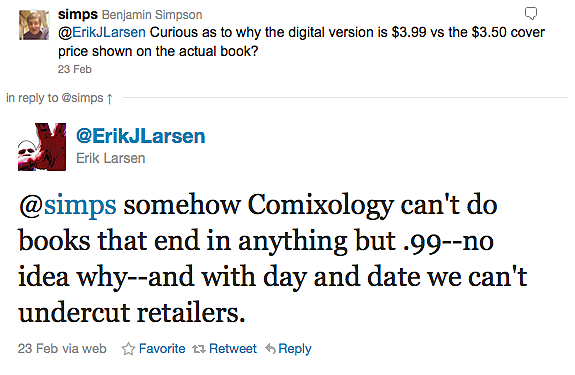 ComiXology is nearly two years at this point, but before 2010, (legal) digital comics weren't in a form that anyone was particularly fond of. With the advent of the iPad, however, and digital comics have suddenly become a going concern. Nonetheless, expecting a format to be a tremendous cash cow while it is still essentially in its infancy, has suspect publisher support, and is primarily available through a device that costs four hundred bucks is naive at best, and absolutely disingenuous at worst.

Of course digital comics are dental floss compared to print comics. They're in the comics equivalent of junior high school, working out their complications and uncertainties before they settle into a more stable form that will ultimately have more universal appeal and access. Things that are hits right out of the gate are rare. "Overnight successes" generally aren't, and it makes sense that something as nebulous, varied, and, above all as fresh as digital comics will take some time to find its legs.

On top of that, the dental floss analogy assumes that print comics and digital comics are equivalent revenue streams. What's more likely is that they represent two different audiences: the groomed Direct Market audience and the potential audience that doesn't want to bother with comic shops. One may end up being larger than the other, they may end up being equal, or they may end up having no overlap at all. Sales in the Direct Market seem to be tanking, with best-selling books selling less than ever, and average sales hovering right around where books tend to get canceled.

The entire industry is in flux, the Big Two are trying to figure out what still sells, and digital comics are subject to that upheaval. How is it going to shake out? I don't know, and I'm not even qualified to guess. Maybe digital comics will find an entirely new market. Maybe the entire industry will collapse. I don't know. But the dental floss analogy is damaging. It positions digital comics as something ephemeral, worthless in the face of the might of the Direct Market. That's great for the self-esteem of retailers, but how are consumers supposed to take that? Doesn't that suggest a lack of faith in the format? It's like falling dominoes: publisher expresses a lack of faith in the format, doesn't pursue the format aggressively enough, consumer notices that lack of faith and doesn't embrace the format, and the format fails.

Result: "See? We told you it was dental floss. You never had anything to worry about." 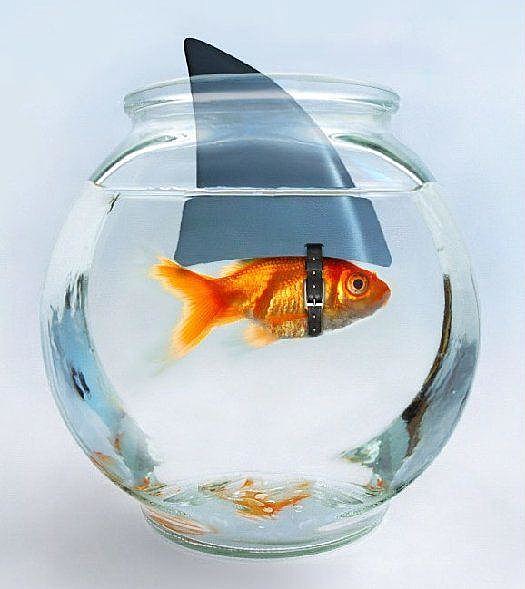 Larsen's worry about undercutting retailers is common. The retailers must be considered and, if necessary, pacified. I understand the sentiment. You don't want to bite the hand that feeds you, and if not biting the hand that feeds you requires making a series of bad decisions with regards to digital comics (such as selling the digital equivalent of a single floppy for four dollars or holding back on getting your library anywhere close to current), then so be it.

Here's the problem: You can't have it both ways. Either digital comics are a threat to print comics and will gut the retailers' profit margin or they are the dental floss that doesn't matter at all to anyone. The way the Big Two (and others) treat digital comics suggests that digital books are both a shark and a goldfish. Either it will cause damage or it is too insignificant to matter. It can't be both. That doesn't make any sense. So which is it? These two contradictory trains of thought are both used to explain why companies are hedging their bets when it comes to digital comics versus print comics.

Here's the truth: Digital comics are neither shark nor goldfish. "Print versus digital" is a false dichotomy, one that makes for great alarmist headlines and hype but doesn't actually reflect anything that will happen in reality. Digital music forced the music industry to wake up and embrace a new paradigm, and provided a new opportunity for revenue in the midst of free-falling sales. Piracy decimated the music industry, and the music industry responded by doubling down on CDs, sabotaging efforts to get digital music off the ground, and generally acting like the way things were going was perfectly normal. They couldn't see the forest for the trees, and the Big Two seem to be making the exact same mistake.

Digital comics are something different. They aren't a threat. Will they eat away at some of the sales for comics shops? Sure! Some people go to comic shops and don't particularly enjoy the experience. That doesn't mean that you should hamstring them, just in case something might happen. No market stays the same for decades. Comics, and the people who buy them, should evolve over time. 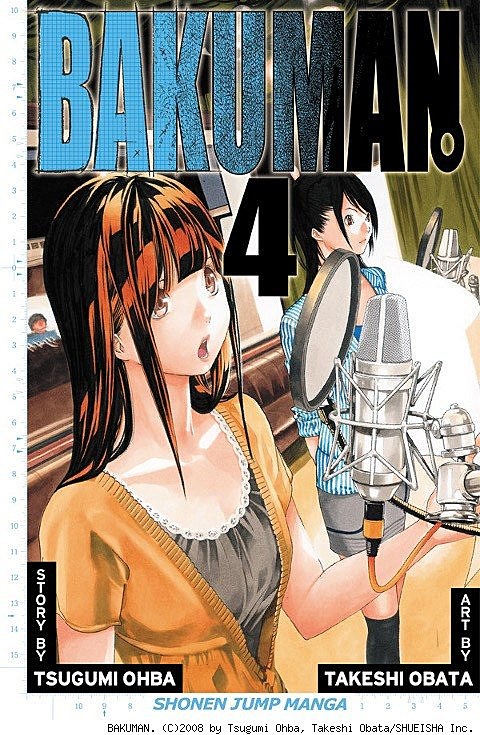 Viz Media, probably the biggest publisher of manga in the United States, just announced something interesting. Bakuman volume 4, the latest book in the manga series, will go on sale on their iPad app a full week ahead of its print release. On top of that, assuming the pricing scheme for their digital manga holds true, the issue will be five dollars, half the price of the $9.99 printed book. On top of that, the first volume of Bakuman will be free on the app for a limited amount of time.

While the manga market and the comics market aren't exactly the same (manga piracy is much more of a going concern than comics piracy), this is still a big step with a major release, and something you'd never see Marvel or DC doing any time soon, primarily because the retailers would cry foul. Viz, though, seems to understand that the digital and print markets do not completely overlap, and trust that both the print and digital sales will be within acceptable parameters.

Before digital comics are going to be a success, Marvel and DC are going to have to take risks and listen to what the market wants. Finding a reasonable level for price, availability, and depth of library is going to be vitally important in the future. Thinking of digital comics as dental floss is not the way to nurture that growth. That just sets you up to fail.

Digital comics are new. Let them be new, and take advantage of this time to figure out exactly how you can sell comics in a way that's attractive both to you and the consumer. Don't ruin them before they have a chance to take hold by hedging your bets.