Lately, I've had the truly harrowing experience of seeing These Kids Today getting nostalgic over "old school" PlayStation 2 games, and as someone whose own fond memories for the 8-bit era of the Nintendo Entertainment System, it's starting to make me feel pretty old. Fortunately, there's an upside to entering my dotage: I get to fully enjoy the NES-inspired artwork of Campbell Whyte!

Whyte, an artist and exhibitor from Australia, is currently doing a series of illustrations called "8 Bit Dreams," in which the box art and gameplay from classic NES titles are used as the basis for a set of awesome watercolor pieces. My personal favorite has got to be his version of Excitebike seen above, as that is a dude who actually does look excited to be pulling off sweet dirtbike tricks, but they're all well worth checking out. Check out more, including the surliest Mario you'll see all day, after the jump!Golf: Mario's clear frustration at not being able to sink that putt makes this one a close second for my favorites, but it also makes me sad that there was never an NES adaptation of Caddyshack. 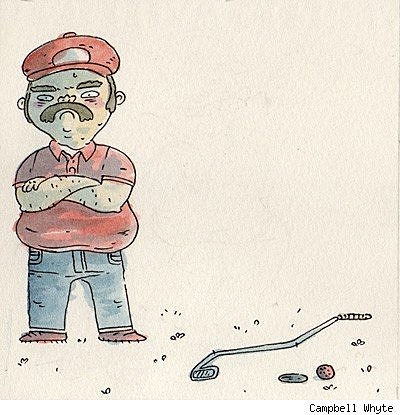 Gyromite: I never had a ROB (the robotic NES accessory that would later find fame as a fighter in Super Smash Bros. Brawl), but from what I understand, this is a pretty accurate summary of the experience. 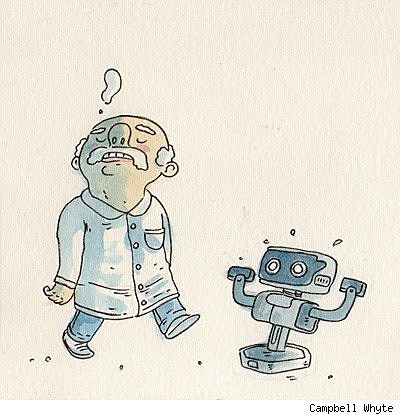 Hogan's Alley: There has always been outcry from groups with the word "Concerned" in their names that video games were destroying kids' imaginations, but seriously? Turning a bunch of blocky pixels into a dude in a tuxedo blowing away his enemies Scarface style takes a lot of pretending. 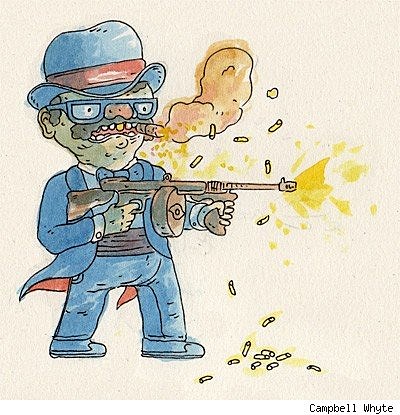 Kung Fu: I've always wondered why the Black T-Shirt Under Tank Top look featured in Kung Fu never caught on with martial artists, but then again, I feel the same way about Iron Fist's high collar. 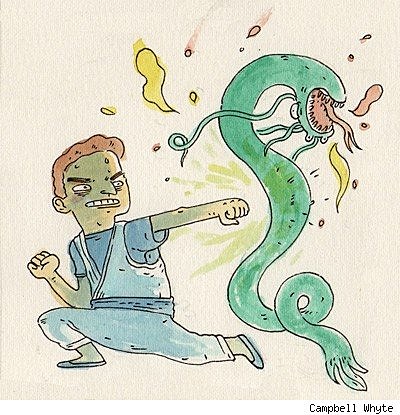 Ice Climbers: If someone could explain the strange prominence of eggplants in the 8-bit era, that would be swell. 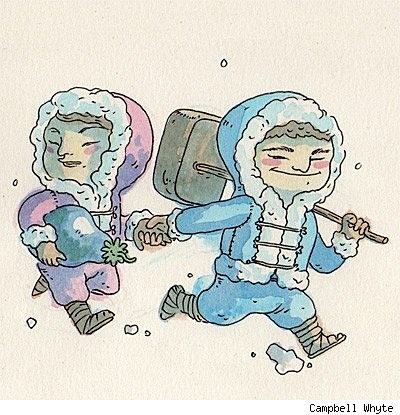 Mach Rider: To my knowledge, there has never been a Mach Rider/Judge Dredd crossover. I'm not mad about this... I'm just disappointed. 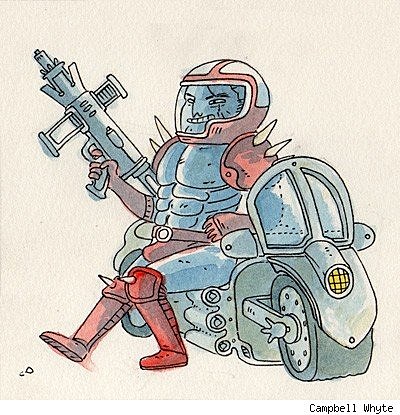 Pinball: And finally, we have Mario in one of his many side jobs. Again, I love the frustration and exertion that Whyte draws here -- this is clearly a guy trying to work his way through medical school who has yet to discover his talent for tennis, kart racing and underground brawls against Pikachu. 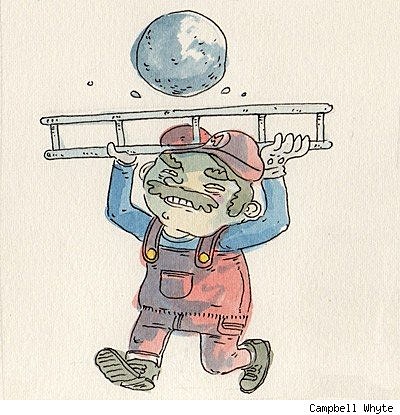 In addition to putting his art online, Whyte is also offering the pieces for sale, and even taking NES related commissions. Finally -- finally -- we have been given a chance to correct the disappointing lack of Rockin' Kats themed artwork.