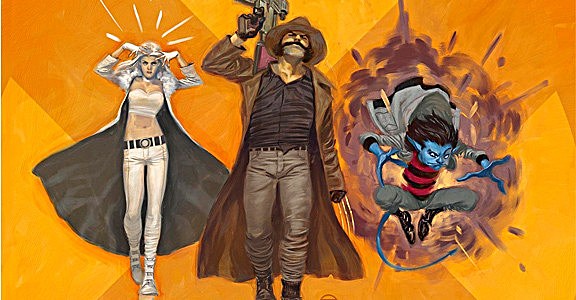 -At WonderCon, Marvel announced Brian Wood would be writing two X-Men titles, and Jeff Parker's Thunderbolts would get a more marketable new title

-IDW's WonderCon announcements included a new Rocketeer series by Mark Waid and Chris Samnee and a Womanthology ongoing, plus a slate of new works that will include a Crow series and a collection of Dave Stevens' non-Rocketeer work

-Kelly Sue DeConnick will be writing Marvel's upcoming Captain Marvel series, which will feature former Ms. Marvel Carol Danvers in the title role, and Laura Hudson spoke to DeConnick about it in an interview

-Here's a very long brief history of Captain Marvel, and DC's attempts to reboot him prior to this week's "Curse of Shazam" back-up feature 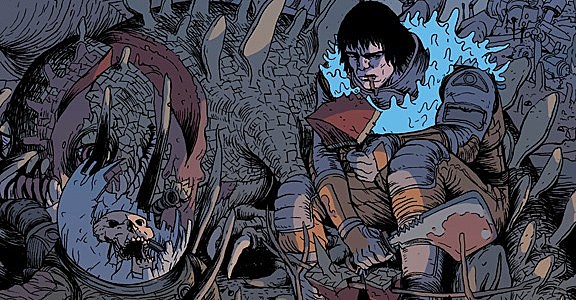 -Lauren Davis on The Abaddon

-David Uzumeri and Sims continue their close watching and blogging about the movie Superman: The Movie

-Paramount has released more images from The Avengers

-Michael Bay is working his way through our collective toy boxes, and is now making a Teenage Mutant Ninja Turtles movie. He advises his critics to chill, while creators Kevin Eastman and Peter Laird have both weighed in

-The poster for the next Wolverine movie, The Wolverine, briefly surfaced. In it, Wolverine defeats the Japanese flag

-Check out the "sizzle reel" for the second season of Young Justice, which looks to include much of the DC Universe in it

-Here's an image from CW's in-the-works Green Arrow series, which will just be called Arrow (Jeez, I was only kidding when I wondered if the poor receptions the Green Hornet and Green Lantern movies got might prejudice people against a superhero show with the word "Green" in the title)

-How much brutal cartoon cat on cartoon mouse violence can you stand? Try watching this 48-minute Itchy & Scratchy Show compilation to find out

-Disney/Marvel released a trailer for the second season of the Avengers: Earth's Mightiest Heroes cartoon

-Check out the trailer for the Walking Dead videogame

-Masashi Tanaka's Gon will be getingt a Nintendo 3DS videogame

-An Adventure Time game for the Nintendo DS is forthcoming

-This week's Best Cosplay Ever (This Week)

-What do Tony Stark, Warren Worthington III, Danny Rand and other Marvel Univers rich guys wear when they get together to play polo? These, perhaps

-Take a look at the latest DC Comics-branded Converse All-Stars, including new Wonder Woman and Killer Croc designs. Sadly, the Killer Croc ones are just All-Star tennis shoes with Croc on them, not Crocs.

-Henry Bonsu continues his savage anti-Michelangelo campaign. In my dreams, IDW does a Bizarro Comics/Strange Tales-style alternative cartoonists-do-funny-TMNT strips project, and Bonsu gets pages of this stuff published.

-Mike "Mikeatron" DiPetrillo draws a gelatinous cube (plus some other, less gelatinous stuff in various shapes)