If you're looking for Hasbro's exclusive 3.75" Marvel Universe Deadpool Corps box set this July at San Diego Comic-Con, you won't just be looking for Booth #3329, you'll be looking for a taco truck. Deadpool, Lady Deadpool, Champion of the Universe, Kidpool, Dogpool and Squirrelpool are getting served up to fans in taco shell style blister packs, boxed inside a cardboard tray that rides inside DP's "El Guero Taqueria." Bad as the convention center food is, collectors will still probably be stoked enough not to attempt taking a bite.Provided you can't make SDCC this year, $49.95 will still score you a set after the show at HasbroToyShop provided there are enough left over from the convention.

Fans will note that only DP, LDP and CotU are full-on 3.75" figures, with the rest of the Corps delivered as nonposable figurines similar to Rocket Raccoon in the Guardians of the Galaxy box set. Hardcore DPC readers will probably also recognize that the set is sans the zombified Headpool, although a customized version shouldn't be too difficult to accomplish if you're willing to decapitate a spare toy in the same scale. Just remember, Deadpool action figures lack any kind of healing factor. 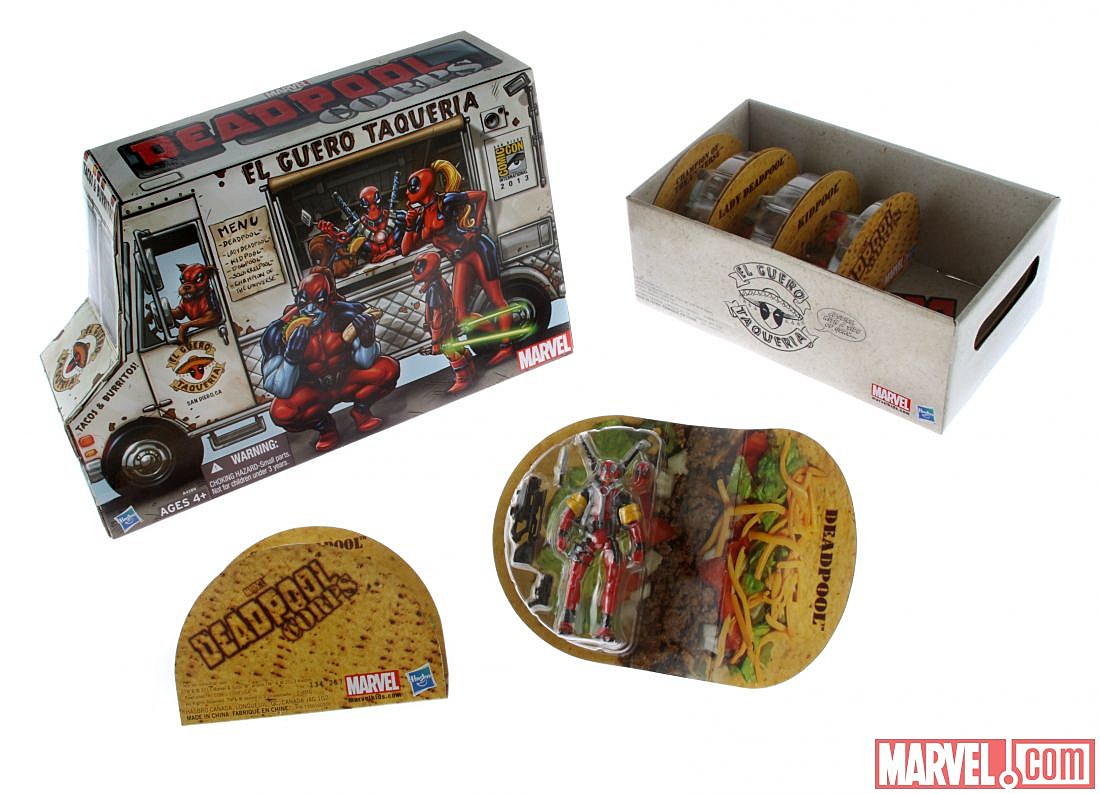