Thanks to the relaunch and DC Comics relaunching their universe and going day-and-date digital, and the accompanying flood of press pimping those announcements, ComiXology and DC have managed to dominate the news cycle in comics media for a couple of weeks and earn some mainstream attention, too. ComiXology recently rose as high as #2 on the list of top grossing iPad apps, and Jim Lee announced that Justice League broke digital sales records for the company. All of this sounds like big news, even in a year that's already seen some major upheaval, but what does it all mean? There are no real numbers or information included in these milestones, and as a result, this news means nearly nothing beyond "things were better than they were yesterday, but we're not going to tell you how much better." It's not quite empty hype, but it's close. 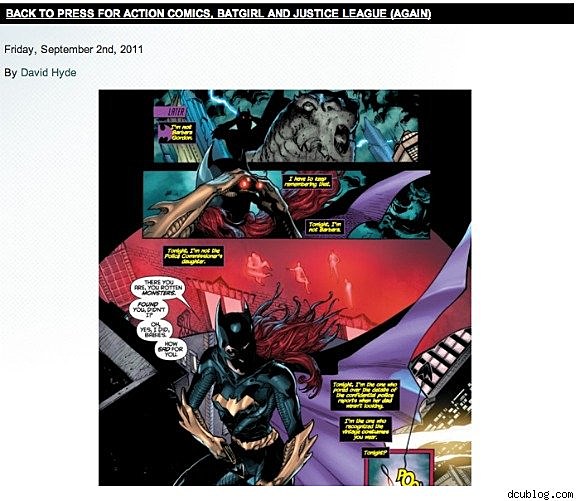 Hype is an unavoidable part of the comics industry. Toward the middle of the 2000s, Marvel Comics developed a habit of sending out a nigh-constant stream of press releases crowing about the latest hit comic, or just regular old comic, selling out at the distributor level. This clued readers into the fact that this comic was a popular one that a lot of people wanted to read, which hopefully led to them swarming retailers and requesting re-orders. In addition, it gave Marvel valuable page space online. Every site that posted those press releases helped Marvel reinforce the idea that it was a successful company with product that they simply couldn't keep on store shelves.

The trick was that at the time, Marvel operated under a policy that saw either no overprints or very limited overprints so the fact that a comic "SOLD OUT!" didn't have much meaning. They weren't selling out of their entire stock due to its popularity so much as they were selling out because they printed around the number of copies that stores ordered. But "we sold everything everyone ordered!" doesn't quite have the same ring as "The fallout of Civil War continues on as Civil War: Battle Damage Report and Marvel Spotlight: Civil War Aftermath have sold out at Diamond", does it?

DC recently announced that Justice League and Batgirl have both sold out. They do overprint more than Marvel does, but considering that they're in the middle of a huge relaunch and are presently carpet-bombing the press with features and interviews, it's not too surprising, or even remarkable. In fact, do print-level sell-outs mean anything when a digital revenue stream exists?

DC Co-Publisher Jim Lee addressed the subject recently at Salon, with the circumspect evasion we've come to expect from most major comics publishers:

After becoming aware of Marvel's behavior in this area, I tend to view comic industry sales hype announcements with something of a jaundiced eye. As Tom Spurgeon points out in his essay on why DC should release digital sales figures, reportage on sales figures like this is basically "the 'I have a girlfriend in Canada' of sales analysis." It's vague, and it sounds good for the person doing the announcement, but it doesn't hold up under any level of real examination.

Announcing "record-breaking sales" is a marketing move and intended to goose you into buying comics, not give you meaningful information you about the industry that you love so much. If retailers knew that Justice League hypothetically rose in sales each month, but their sales in-store dropped X% month over month, then they could adjust to this news by doing more outreach to their customers in an attempt to stem the tide. Industry pundits could look at the numbers and attempt to figure out why one series is trending despite past failures and which are the never-say-die smash hits of the industry.

What we have instead is nothing but marketing hype, and that isn't exactly a good thing. I've been guilty of falling into that trap of examining the hype on its own terms myself. That experience has taught me to take any sales figures that aren't specific, or don't name actual numbers, with a grain of salt. Vague pronouncements and non-specific sales charts don't actually mean anything beyond "Hey, we sold some stuff to some people!" As readers, or as commentators on the comics industry, it's important to temper the immediate hype of this news with some sound logic. 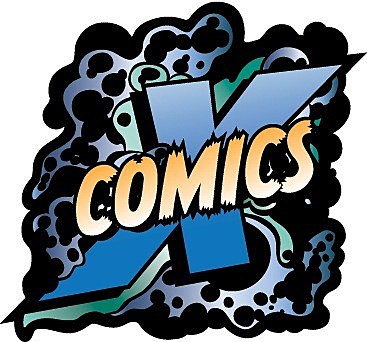 One popular form of digital comics hype is announcing that your company has surpassed X number of downloads in Y period of time. Dark Horse has done it, and ComiXology has, as well. The rub is that they're not reporting thousands or millions of sales -- just downloads. Both apps are free, and offer plenty of free comics. It's entirely possible to download the app, enjoy the freebies, and move along. Giving away free things isn't too difficult, particularly for a medium like comics, which most people remember fondly from their childhood.

While it's nice to have so many eyes on your software, without information on retention rates and sell-through, knowing how many people have downloaded an app actually does very little for the news-hungry reader. For the companies, making that knowledge public can lead to ever-increasing download and hopefully another milestone down the line. Considering Jim Lee's comments that digital comics sales were to print sales as dental floss is to 8 1/2" x 11" paper and the comments from these publishers on digital comics sales, those milestones look a little less impressive. They serve their purpose, but that purpose is hype.

So far, we've heard that Justice League has broken sales records and that DC considers their digital sales successful. We've gotten no specific sales numbers, despite DC having cited a couple of percentages for their series. The only thing we know is that they like their sales. Which is fine, but as Spurgeon points out, releasing actual numbers, rather than obscured or vague figures for a brief PR bump, has real value. In most other major entertainment industries -- including music, movies, books, and video games -- sales figures are either public or available to a limited number of people who then collate and disseminate that information to the general public.

For instance, video game sales are down in part because EA's Madden NFL 12 shipped a couple weeks later than usual, Contagion pulled in around 23.1 million dollars in its first weekend, and the existence of Bookscan allows for Brian Hibbs's must-read yearly look at what comics sold through the bookstore market. Having this data available allows readers and media to track trends, discover the next big thing, attempt to figure out why an effort was unsuccessful, or any number of other intelligence-gathering efforts. It democratizes the information, and, when interpreted properly, can result in an informed audience.

Catastrophic second-week sales, for example, are symptomatic of a movie that had great hype but didn't deliver. If sales of a comic book are inching upward, or even maintaining a certain level, there is a good chance that that comic is gaining good word of mouth and may be a sleeper hit. Consumers are certainly not owed this information, not by any means, but it is useful and there is certainly precedent for public sales figures in industries that are several orders of magnitude larger than comic books. What's the point of hiding them?

I think that there's a lot to gain from having public sales figures, no matter how minuscule they may be right now, and precious little to lose. The digital market is still new and growing, and barely a month goes by before I see a publisher saying that their digital strategy is still evolving. Digital comics, despite the strides we've seen, are still the Wild West. No one really knows how much money is in it yet, and we don't even really know what it'll look like a year from now. The more information we have available, the more likely it is for someone to figure out how to make digital comics work for everyone.

To put it differently... don't believe the hype. Take the press releases with a grain of salt, and think about what the information the press releases contain really means, rather than how the company is attempting to spin the information. Until we see real numbers, any discussion of digital comics sales is going to be hamstrung from the beginning and woefully incomplete.