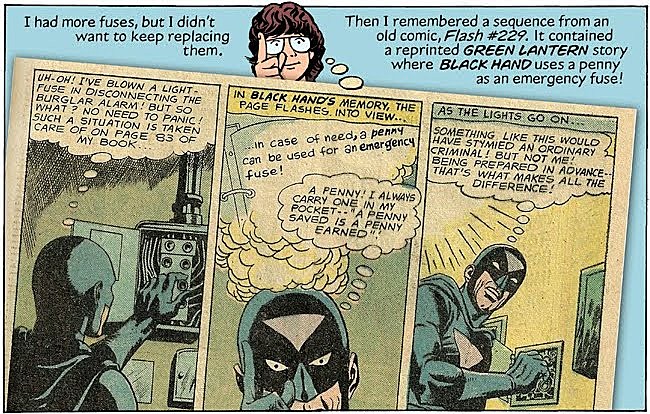 Many comic book fans have learned important lessons from comics, like the power of friendship, the fact that it's ok to be different, or the difficult but important task of standing up for what's right. Unfortunately for Kerry Callen -- a frequent art contributor at ComicsAlliance -- he learned exactly the wrong lesson from a 1974 issue of Flash, namely that substituting a penny for a fuse is an ok thing to do instead of a tremendously hazardous way to make things catch on fire, and/or that it's a good idea to model one's choices after a DC supervillain in any situation, electrical or otherwise.

Check out the two-page comic Callen made to detail his youthful adventures in Black Hand-inspired electrical misbehavior, and remember to never, ever try this at home, or anywhere else. 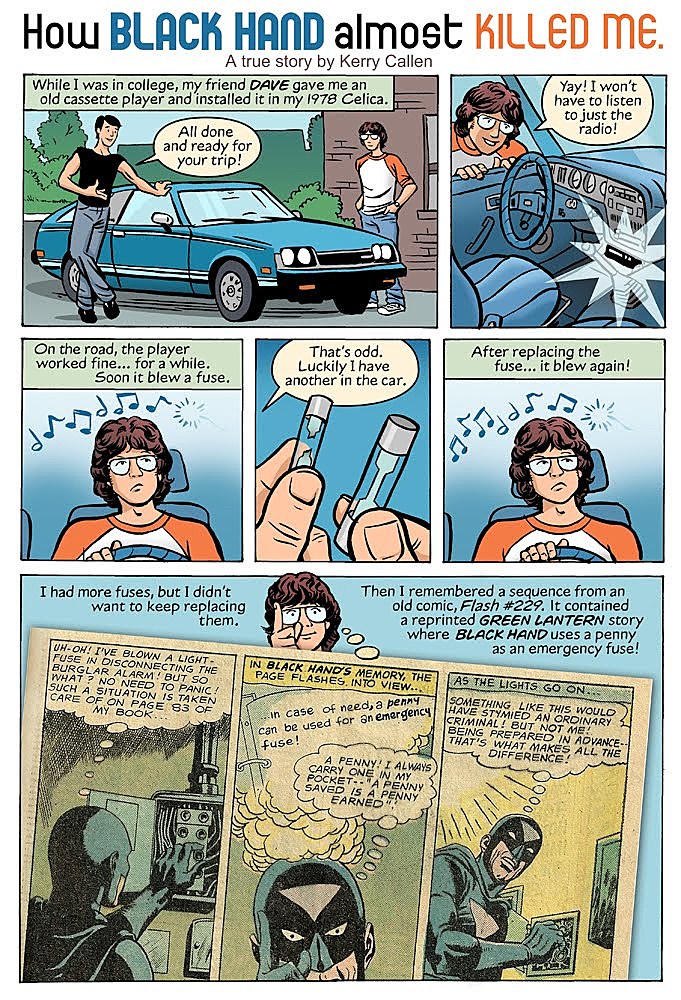 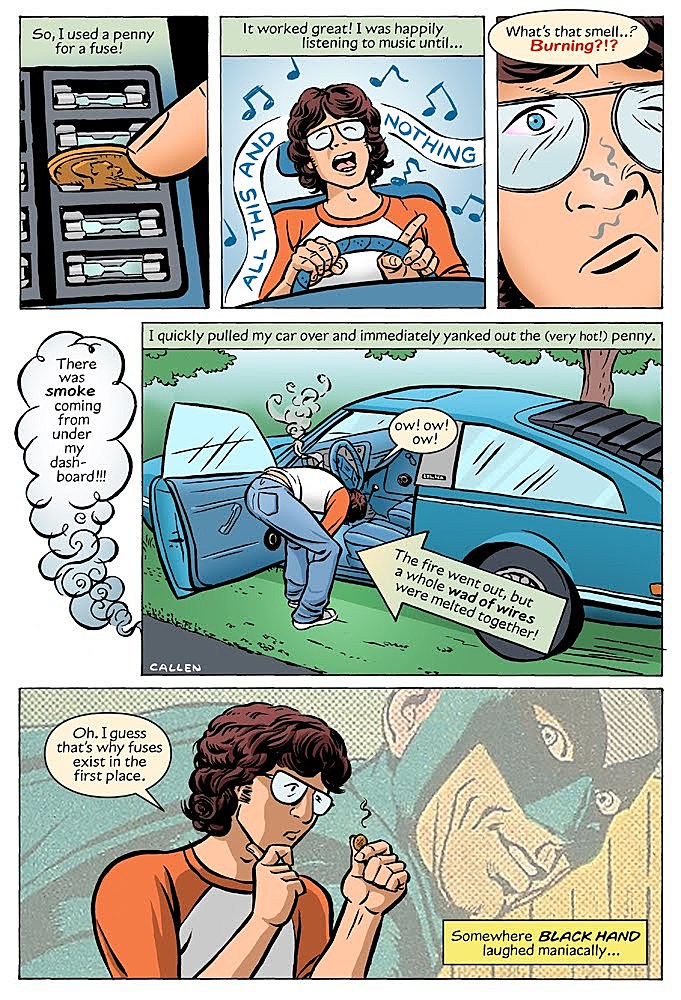